The Brighton cat killer has been jailed for five years for stabbing 16 cats in a campaign of terror over nine months. 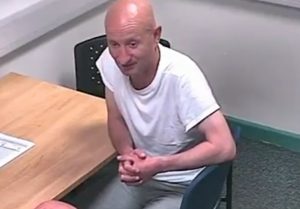 Bereaved owners spoke about their loss at the sentencing hearing at Hove Crown Court this morning (Friday 30 July).

Some fought back tears as they shared their grief at the hearing presided over by Judge Jeremy Gold.

Bouquet appeared by video link from Lewes Prison – having failed to turn up for his trial at Chichester Crown Court last month.

The jury convicted him unanimously in his absence after a seven-day trial.

Judge Gold was told that Bouquet now had advanced thyroid cancer which had spread to his liver and lungs.

Bouquet, who worked as a security guard at Churchill Square shopping centre, in Brighton, served in the Royal Navy for 22 years, including in Northern Ireland and Iraq.

It was suggested that he might have post-traumatic stress disorder (PTSD) but no explanation was offered for his brutal crimes.

The judge said: “You were convicted by a jury on overwhelming evidence.

“The case involves a campaign of knife attacks on cats in Brighton from October 2018 to June 2019.

“The attacks were apparently random but all centred around an area of central Brighton.

“Your behaviour caused – to put it mildly – concern and worry to cat owners living in that area.

“Cats are domestic pets but they’re more than that. They are effectively family members and they are much loved by the adults and children who live with them and care for them.

“They are a source of joy and support for their owners.

“Your behaviour over this period was cruel, it was sustained and it struck at the very heart of family life – and the impact on cat owners is very considerable and grave.”

Judge Gold said that “no sensible explanation could be advanced” for Bouquet’s behaviour.

He said that he would bear in mind that “you served your country for 22 years, including in Iraq”.

And he added that sentencing was not an easy process in a case like this because the “sentencing guidelines are a million miles away” from the genuine impact.

The case – “this appalling series of attacks on innocent animals” was “an anomaly”.

Bouquet was jailed for five years – to be served concurrently – for each of the 16 charges of criminal damage and for three months concurrent for having a knife in public.

He was jailed for three months to be served consecutively for breaching bail.