Toyah shouts ‘Be Proud Be Loud Be Heard’ 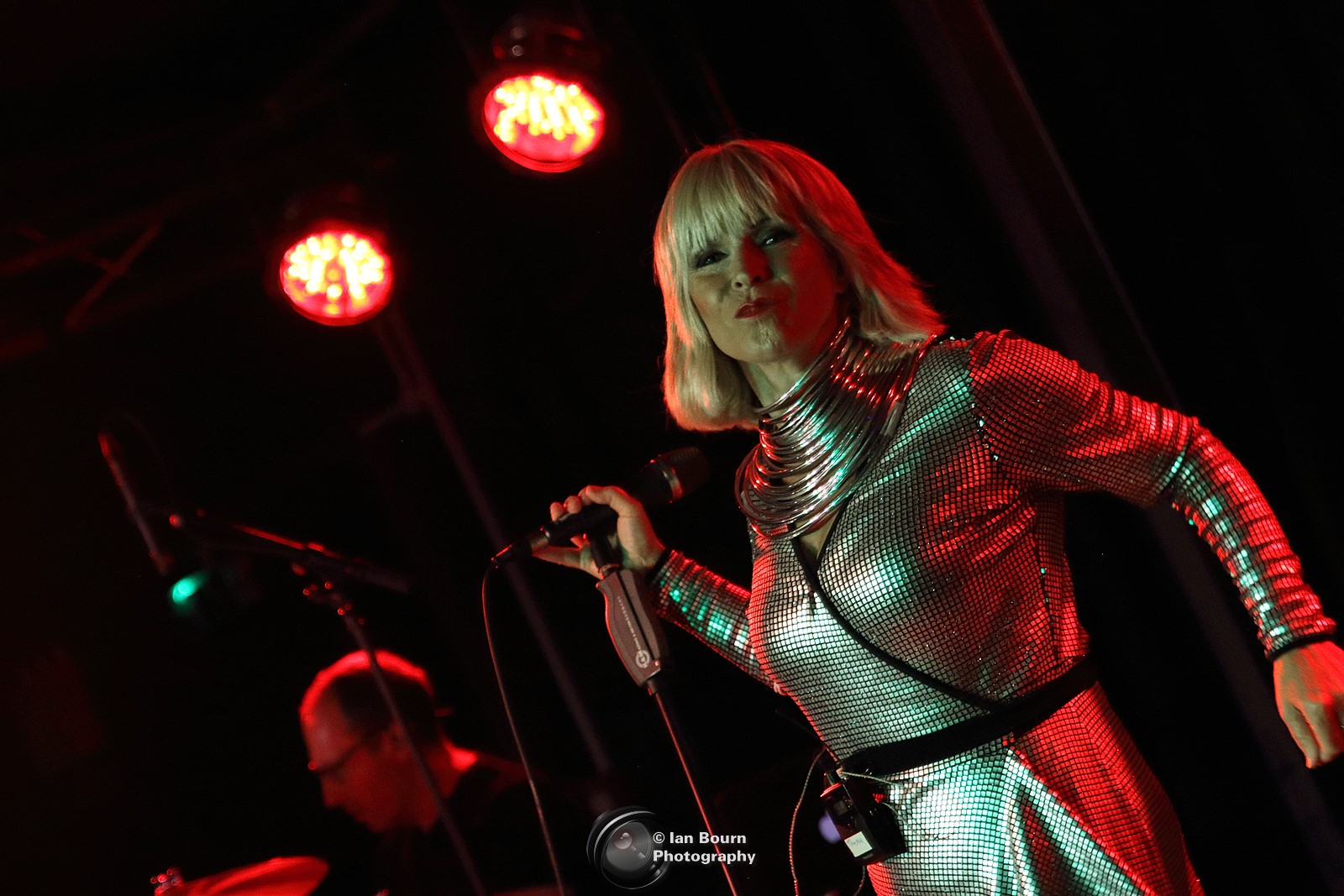 Toyah had only recently announced that she was to put on a concert back on the South Coast with her full live electric band. The venue was announced as The Factory Live, located at Unit 9A, Ivy Arch Road in Worthing. The date was set for Thursday 29th July 2021. Toyah last made a visit to Brighton in November 2019 when she played CHALK to promote her 2019 charting album ‘In The Court Of The Crimson Queen‘ – Read our review HERE.

Toyah Is a four times Brit Award nominated English musician, singer, songwriter, actress, producer and author. In a career spanning more than 40 years, she has had 8 Top 40 singles, released over 20 albums, written two books, appeared in over 40 stage plays and 10 feature films, and voiced and presented numerous television shows. 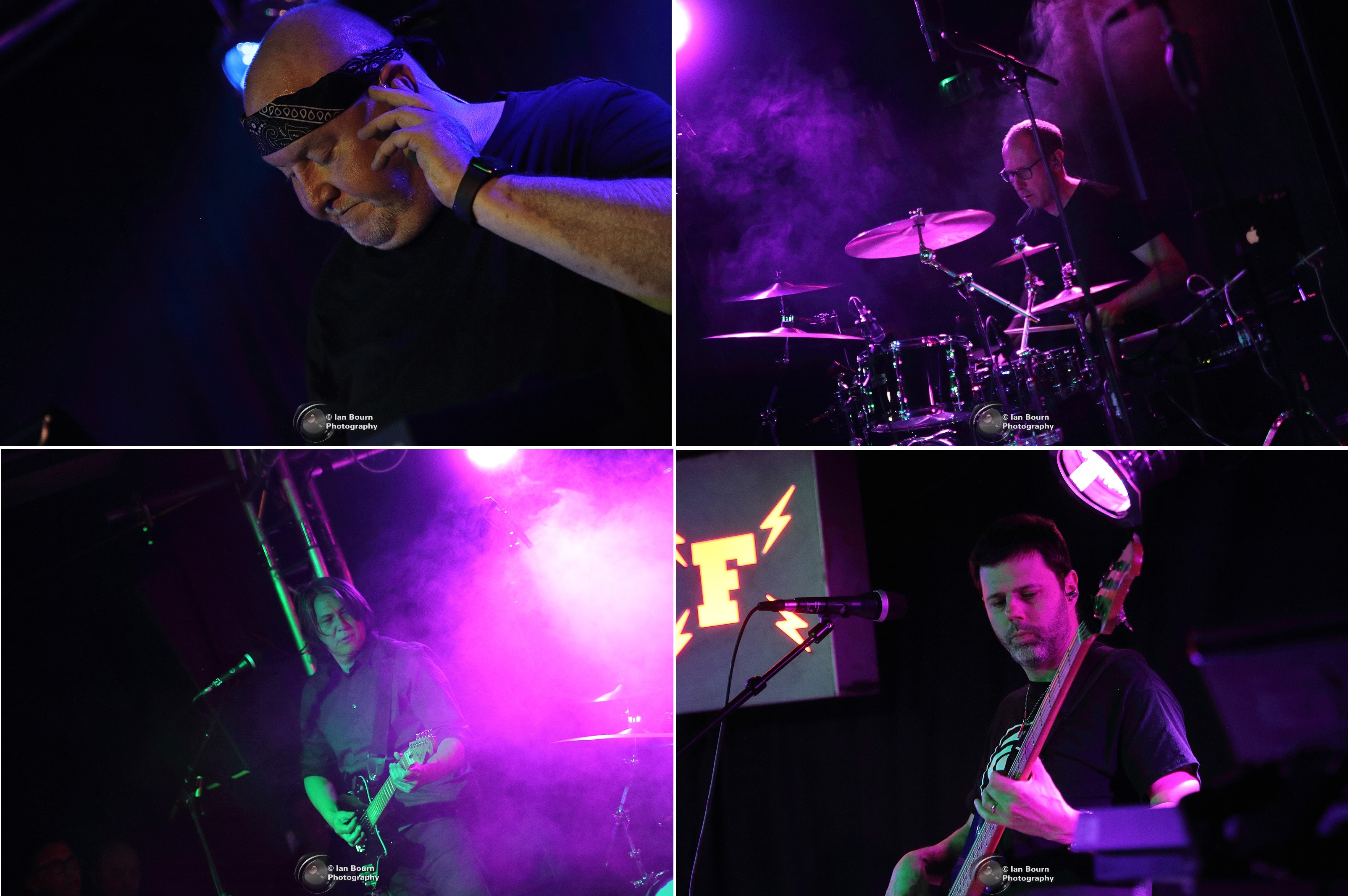 The Venue, recently reopened The Factory Live is tucked away in Worthing. It’s a great venue and it was the first time I had been there. A great team running the venue, the staff were approachable, friendly and helpful. I enjoyed chatting with the lighting and tech guys. The venue is pretty large and well ventilated and a nice large bar area and outside seating and tables. After the pandemic – welcome back to The Factory! I had a great evening there. 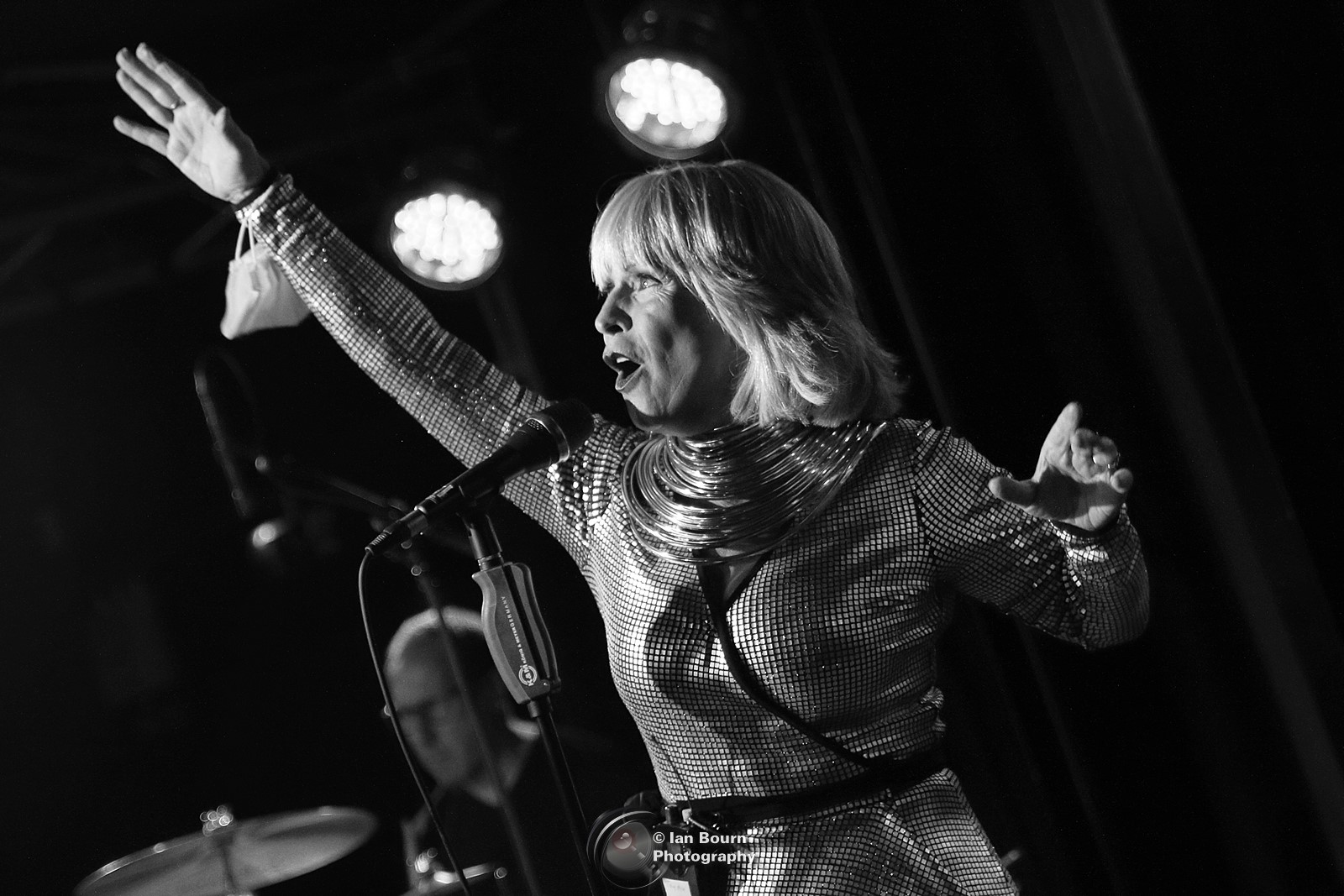 The band stepped out onto the stage and then as they kicked in, Toyah took a leisurely stroll onto the stage, looking out into the pretty full venue. She was given an enthusiastically warm welcome from the crowd. And then, there it was, that huge smile on her face. We were off. The first song was a newer one, ‘Dancing In The Hurricane’.

Toyah’s band is comprised of a guitarist, bass player, drums and keyboards. ‘Dancing In The Hurricane’ has a great rock feel to it and gave the band a chance to warm it up and for Toyah to immediately let it rip.

The first of those nostalgic tunes was up and it was ‘Thunder In The Mountains’ and quickly followed up with her take on ‘Echo Beach’, which almost made the top 50 back in 1987. Toyah delivered those songs with vigour and the crowd now had an opportunity to join in and sing with these songs. The band did a great job in recreating the authentic and original electric 80’s sound. 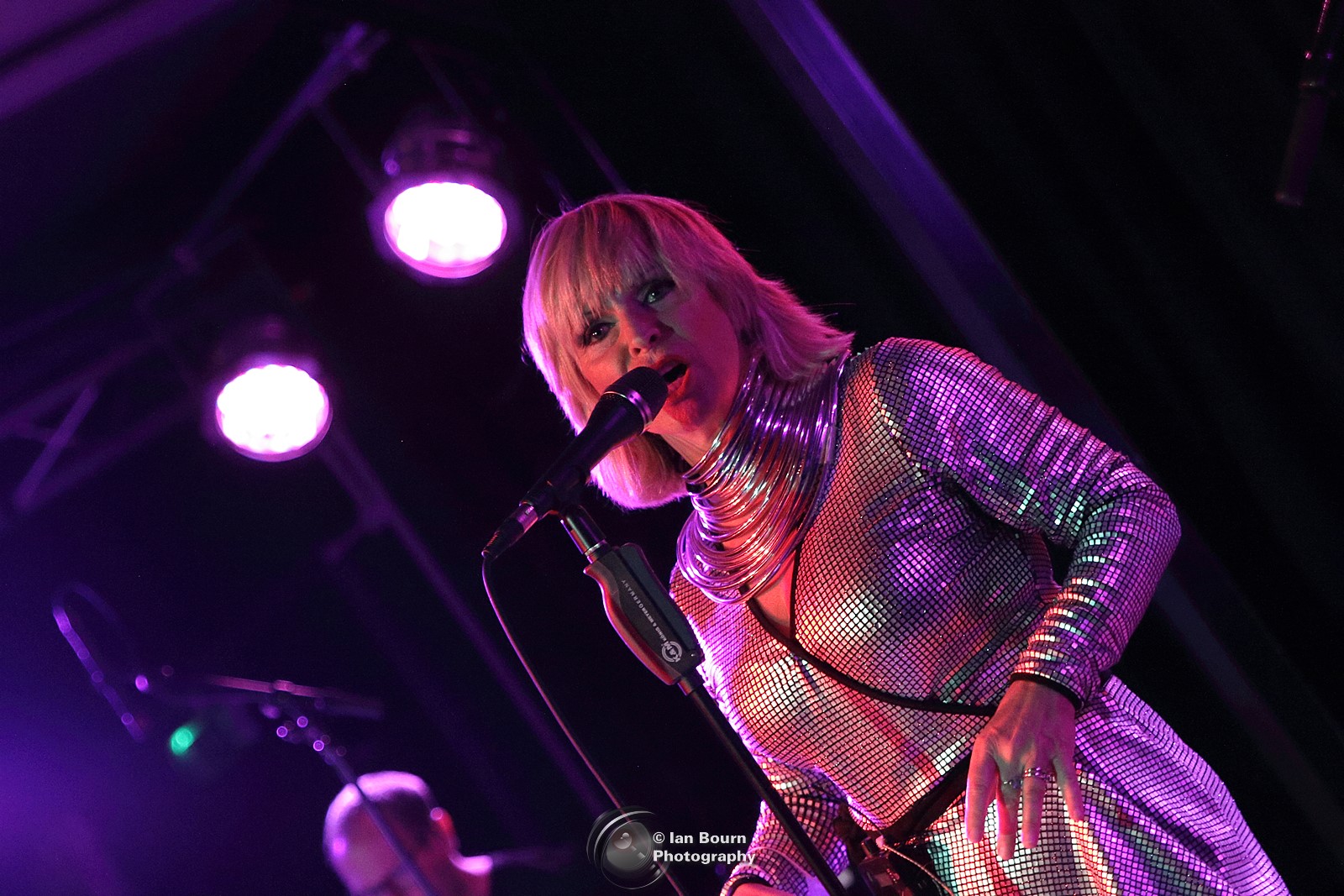 Squeezed between those two classics was ‘Neon Womb’ and I was happy to see it on the set list for tonight. It is still loaded with angst and pure punk rock attitude. Toyah did stop and chat to the crowd every couple of songs, there was a birthday and a marriage proposal. Toyah refused to continue until she heard the words “I Do”. She swapped some great banter with the crowd throughout the night.

One of her newer tracks is a classic in the making, she said she had written it during the pandemic and it was ‘Zoom Zoom’. I love this track and it is on repeat along with a few of the tracks from her forthcoming album ‘Posh Pop’.

For over a year during the Covid 19 lockdowns one of the most watched ‘YouTubers’ and internet sensations has been Toyah Willcox. Toyah’s ‘Sunday Lunch’ performances with Robert Fripp and weekend broadcasts have been seen by 38 million!

Also included was another track from ‘Posh Pop’ which was ‘Levitate’. I have to say Toyah is great when engaging with her audience. Tonight, between songs, the crowd intently listened and seemed to hang on her every word. We did get an occasional snippet about the next song from time to time. It was clear Toyah, after stepping off from a music cruise ship earlier in the day, seemed to be having a ball. She didn’t stop chatting, dancing, twirling and singing for the entire set.

I have to let you know that the sound generated by Toyah and her band was spot on. The mix covered all the ranges and allowed all the vocals and instruments to be heard clearly. It was loud but not painful. Great job The Factory!

Toyah lifted it another notch as she performed another classic, ‘Danced’. Toyah also gave a heartfelt mention to her husband, Robert Fripp. I always hope one day he might pop out and join in. We were led into ‘Telepathic Lover’. 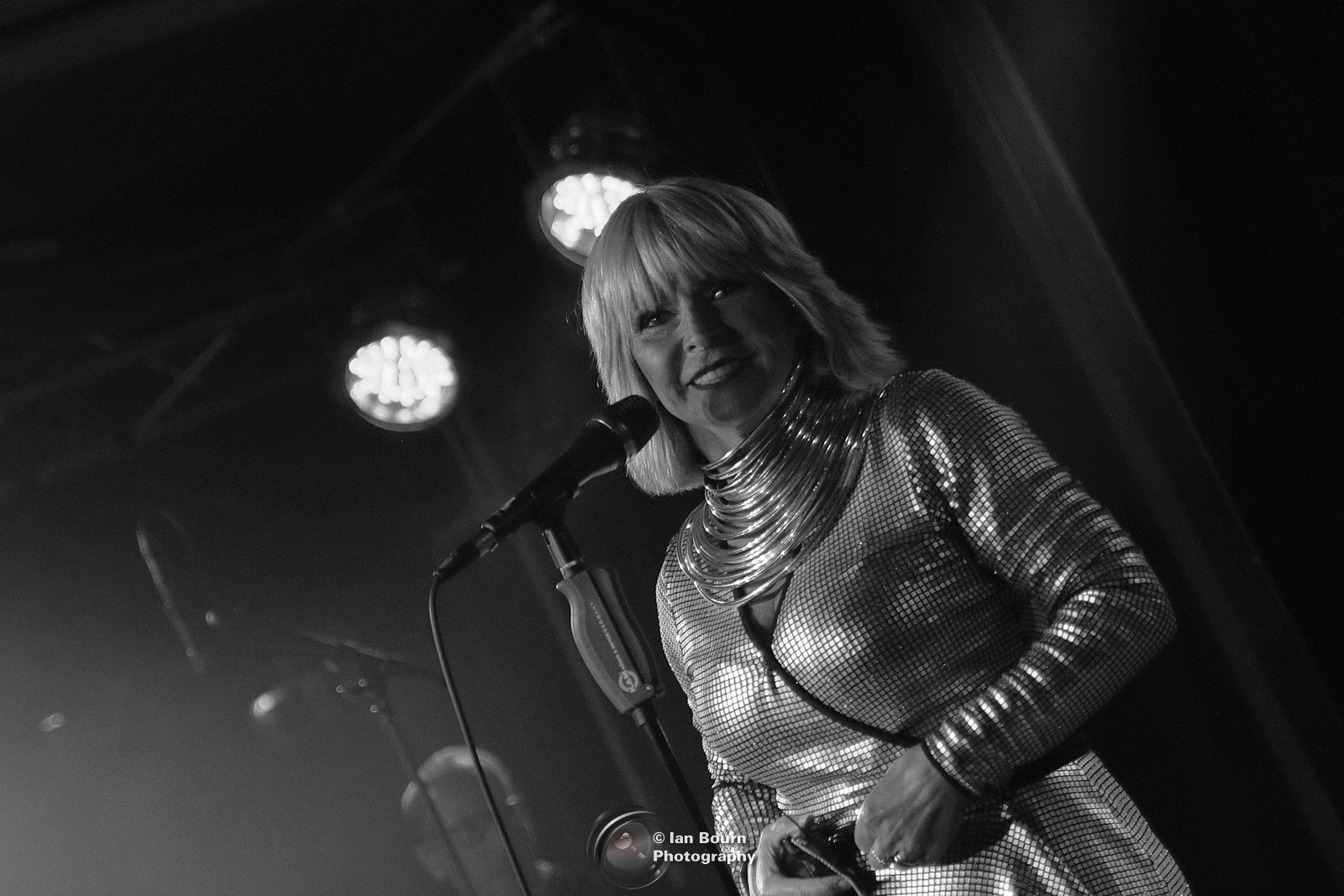 The set came to a close with the wonderful ‘It’s A Mystery’, I remember seeing this on Top Of The Pops and Toyah had followed Adam & The Ants with ‘Kings Of The Wild Frontier’.

The set encore was saved for something that’s always special when you hear it live, the uplifting ‘I Want To Be Free’. Toyah nailed the vocals, forget nostalgia for a minute, this sounded fresh, as if recently written and recorded. This song has truly stood the test of time.

The Factory was packed with people all singing along. A great moment. The band took a bow and left the stage. Those big hits from back in the day, and the new material sound great live and Toyah’s iconic voice sounds as good as ever. What a performer! The large audience just couldn’t get enough of Toyah and her band. But, I think it’s safe to report, everyone left The Factory smiling having enjoyed this gig. 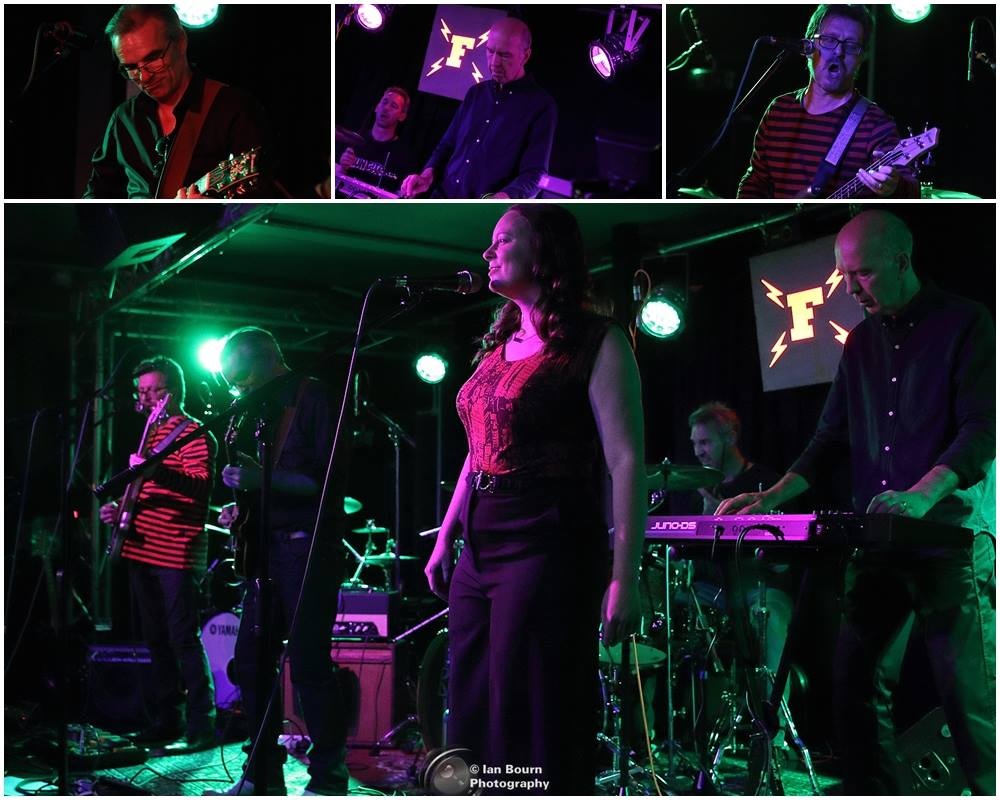 Support was from a local outfit from Worthing called Phun City. PHUN CITY are named after the famous Worthing rock festival of 1970, their debut EP is made up of original songs with a Worthing theme running through them.

This exciting new band is made up of:
Rupert Latimer, who has had a long soundtrack composing career (BBC, Sky, Nintendo, RockStar Games to name a few) and releases his own music under ‘Social Skills’.
Paul Sullivan, established London and Worthing based singer/songwriter (ex Chairs, Liberty Takers).
Rob Newby, a highly original Worthing singer/songwriter who also performs as ‘Wingdings’.
Phil Lincoln, drummer extraordinaire (ex Circus People).

They were a great support giving the crowd some top notch blues, rock and roll and a healthy slice of humorous chat. These guys put down some serious tunes with funny and catchy lyrics. Suggest you catch them live if you can.

The songs on the first EP celebrate the history and eccentricities of Worthing. I loved the Christmas single ‘Chutney’. Well played. Bravo to The Factory for supporting local bands! Check them out on Bandcamp.