A wanted man from Brighton has been arrested and charged with carrying out two burglaries and jumping bail. 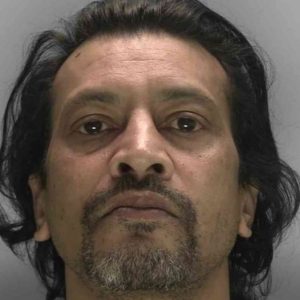 Lynden David, 57, formerly of Percival Terrace, in Kemp Town, is due to appear before Brighton magistrates tomorrow (Friday 20 August) to answer the charges.

David, who has also been living in Jevington Gardens, Eastbourne, had been due to appear at Brighton Magistrates’ Court on Thursday 8 July.

He was facing a charge of having heroin in Brighton in June.

David is also sometimes known as Lenny or Uncle.

Sussex Police said today (Thursday 19 August): “A Brighton man wanted for failing to attend court has been arrested and charged.

“Lynden David, 57, was arrested on Wednesday (18 August) and charged with two burglaries in Brighton and Hove on Saturday 17 July and Thursday 15 July as well as with failing to appear at court on Thursday 8 July.

“He was remanded in custody and will appear at Brighton Magistrates’ Court on Friday (19 August).”