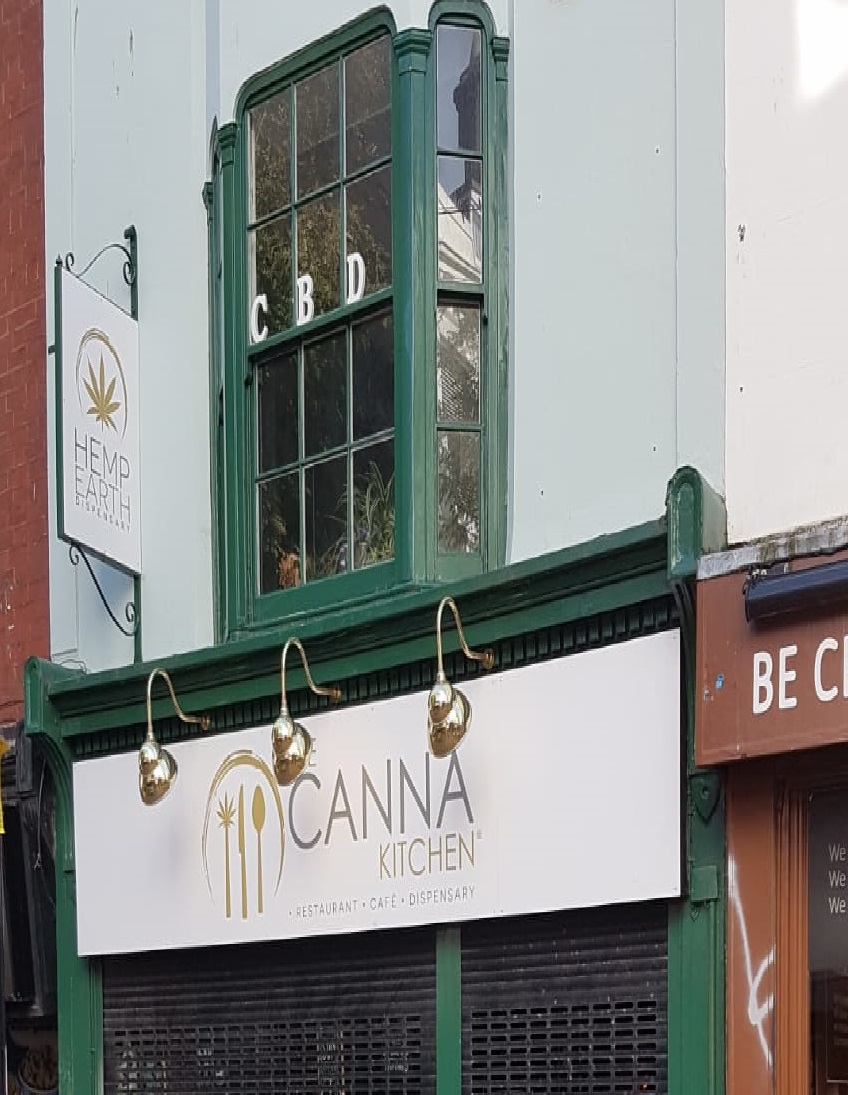 The owner of a Brighton cannabis restaurant said he believed the hemp products he stocked at the shop above it were legal, based on internet research.

Sammy Ben Rabah, also known as Sam Evolution, told Hove Crown Court that he had found various documents online, including a Metropolitan Police response to a Freedom of Information request and an article quoting Home Office guidance about medical cannabis.

He is standing trial this week after being charged with two counts of possessing cannabis with intent to supply following a police visit on March 7, 2019 and a raid the following May. He denies the charges.

Ben Rabah, 34, who has since moved to Bristol, told the jury today that when police first visited the Hemp Dispensary above Canna Kitchen in Duke Street, he had shown them one of the documents.

Asked what the difference between hemp and cannabis, he said: “There’s a huge distinction with regards to its chemical makeup, not only that, but its appearance and smell.

“I understood hemp to be a legal alternative to cannabis as it produces no psychoactive effect thanks to the absence of THC.”

Ben Rabah opened his first hemp shop, Hemp Works, in London Road while he was studying psychology and criminology at the University of Brighton in 2006.

He and his business partner grew this into a successful franchise, and he was bought out of the partnership in 2014 for £190,000, which he reinvested in a vape shop in Duke Street.

Once the vape market became saturated, he decided to open Canna Kitchen, spending £50,000 on renovating the Duke Street premises in 2018.

He said: “Once Canna Kitchen opened a few customers in the Hemp Dispensary asked if we would be selling CBD flowers.

“I was aware that it was becoming a fairly prolific product in the UK.

“It had always existed and was often sold as hemp tea. I didn’t realise people were selling it in its bud form as an alternative to cannabis.”

A friend of his emailed the Met Police, who replied to say there were too many hemp products on the market for them to be able to say whether or not any individual one was legal.

Online, he found the Freedom of Information request, which referred to farming hemp and acceptable THC levels. And he said there was also a Home Office guidance note to the “British Pharmaceutical Association” which he said specified products containing less than 1% THC were legal.

This was the document that he had shown to police when they visited on 7 March, he said.

He was further reassured by an article on the trade news website Police Professional about the restaurant opening, which quoted him using blurb from the Canna Kitchen website, and also mentioned a 0.2% threshold for THC.

Once the restaurant was open, he was visited by a supplier of CBD flowers, Trevor Dodd of Hemp Brokerage, who persuaded him to stock some of his products.

Mr Dodd reassured him that he had a longstanding relationship with HMRC from when he ran a shipping company. He had switched to importing hemp products after a head injury, for which he had self medicated with hemp products, including CBD oils.

He was told that the flowers were tested for THC levels at the plant they were produced at in Europe, and then again once they got to the UK.

This article was amended on 2 September to clarify that the Freedom of Information response was from the Metropolitan Police, not the Home Office, and that the threshold mentioned in the BPA document was 1%, not 0.2%.