Police manhunt under way in Hove after criminal flees court

A police manhunt is under way in Hove this afternoon (Wednesday 8 September) after a defendant fled the crown court. 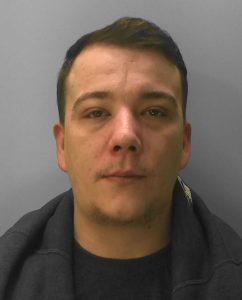 “Tyler, 28, was last seen at Hove Crown Court and officers are urgently looking for him as he is believed to have suffered a serious ankle injury that requires medical attention.

“Tyler was arrested by police in August following an appeal for information on his whereabouts.

“Police were called to attend and officers are carrying out extensive searches in the vicinity.

“He is described as 5ft 4in in height, of stocky build, with dark, shaved hair.

“He was wearing a dark zipped-up jumper, dark jogging bottoms and one blue and white trainer.

“He is known to have links to the Hastings area.