Bruce on the Boundary – despite disappointments, members are grasping the green shoots

You have to go back 21 years for the last time Sussex finished bottom of the pile in the County Championship.

On that occasion they lost their final game in two days to Gloucestershire at Hove, captain Chris Adams and coach Peter Moores were booed by members when they emerged for a thinly attended end of season awards ceremony on the committee room balcony and it needed the intervention of chairman Don Trangmar to hold on to their jobs.

Within three years Adams and Moores had led Sussex to the first Championship in their history.

On Thursday, there wasn’t quite such a mutinous mood as Sussex brought the curtain down on a miserable season with defeat to Derbyshire at Hove, which consigned them to the wooden spoon.

In fact, as they walked off after losing by an innings some supporters stood to applaud their effort.

As I wrote a couple of weeks ago, there doesn’t seem to be the same militant mood among the membership that forced the overthrow of the old committee back in 1997, an event which eventually led to the most successful period in Sussex’s history, despite only three wins in all competitions at home this summer.

Sure, there have been plenty of critical comments on social media about Sussex’s poor performances in the Championship – a competition their supporters still care passionately about – as well as the tame surrender to Kent in last Saturday’s Vitality Blast T20 semi-final.

But the 100 or so members who attended an online forum with chief executive Rob Andrew, performance director Keith Greenfield and the two coaches, James Kirtley and Ian Salisbury, this week seemed to be placated by what they heard, particularly by Andrew’s admission that in the Championship the balance of the side had tilted too far towards younger players.

And he was right to spotlight how Tom Haines, who finished with more Championship runs (1,176) than anyone in the country, blossomed – as well as the emergence of Ali Orr, Daniel Ibrahim, Henry Crocombe, Jamie Atkins and Archie Lenham.

If they continue to develop, they could well form the backbone of a successful Sussex team for the future.

It’s also worth pointing out that Sussex have supplied nine players to various England teams in the past 12 months. No county can better that record and, as Greenfield pointed out, Sussex’s raison d’etre is to provide England with players.

The departure of Phil Salt and Chris Jordan will leave big holes in the T20 side that will need filling and, in the long term, Sussex run the risk as a smaller county of seeing some of the young talent they have spent years developing being picked off by bigger counties.

The recruitment of Fynn Hudson-Prentice and Steven Finn are steps in the right direction but what Sussex need to get right this winter is selecting their overseas players. 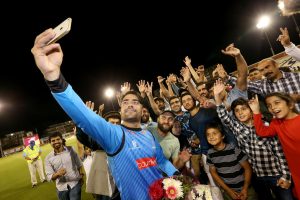 Rashid Khan, the Afghanistan leg-spinner, loves playing T20 for the county but they need him to commit to play in the whole competition. He was certainly missed at Edgbaston last weekend and wasn’t there in 2018 either, when Sussex also made it to Finals Day.

The 2022 final is scheduled for mid-July with no long breaks between the group and knockout stages, which should improve Khan’s chances of being around for the entire tournament.

A decision on whether the Australian left-hander Travis Head returns for a second season has yet to be made. Head played well in the Royal London Cup and Blast. But in the Championship, when his experience was needed in such a callow batting unit, he averaged just 18.60 in six games.

My hunch is that he will return, possibly as captain in the Championship. Greenfield did confirm that Haines, who has led the side since Ben Brown’s sacking in July, will lead Sussex in the Royal London Cup, but no decision has been made about the four-day competition.

Stiaan van Zyl’s form fell off a cliff after he made his only hundred against Glamorgan in April and his early return to South Africa was not mourned. But he will need replacing. 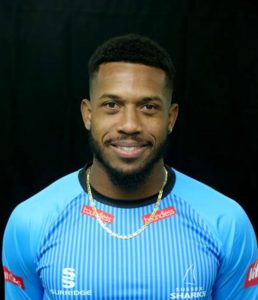 If Sussex could get 1,800 runs out of two senior batsmen next season, wherever they come from, it would go a long way to improving Championship results.

That’s because there aren’t too many concerns about the bowling attack, especially now youngsters like Crocombe have had a year’s experience of the county grind and know what it entails physically and mentally to keep running in game after game.

They also need more players capable of playing in all formats. Too often this season the four-day and T20 teams have felt like separate entities.

The days when Sussex, their coffers fattened by prize money and the Spen Cama legacy, would be a preferred destination for the best domestic players have probably gone.

There is no doubting the passion Kirtley and Salisbury, as two former players, have for their job or their work ethic and it promises to be an interesting winter.

It’s probably too much to ask to expect a return to the glory days under Adams, but Sussex should be capable of fielding a competitive team in all three competitions.

There are some green shoots and I’d be very surprised if a year from now there aren’t a few more Sussex supporters on their feet at the end of the season.