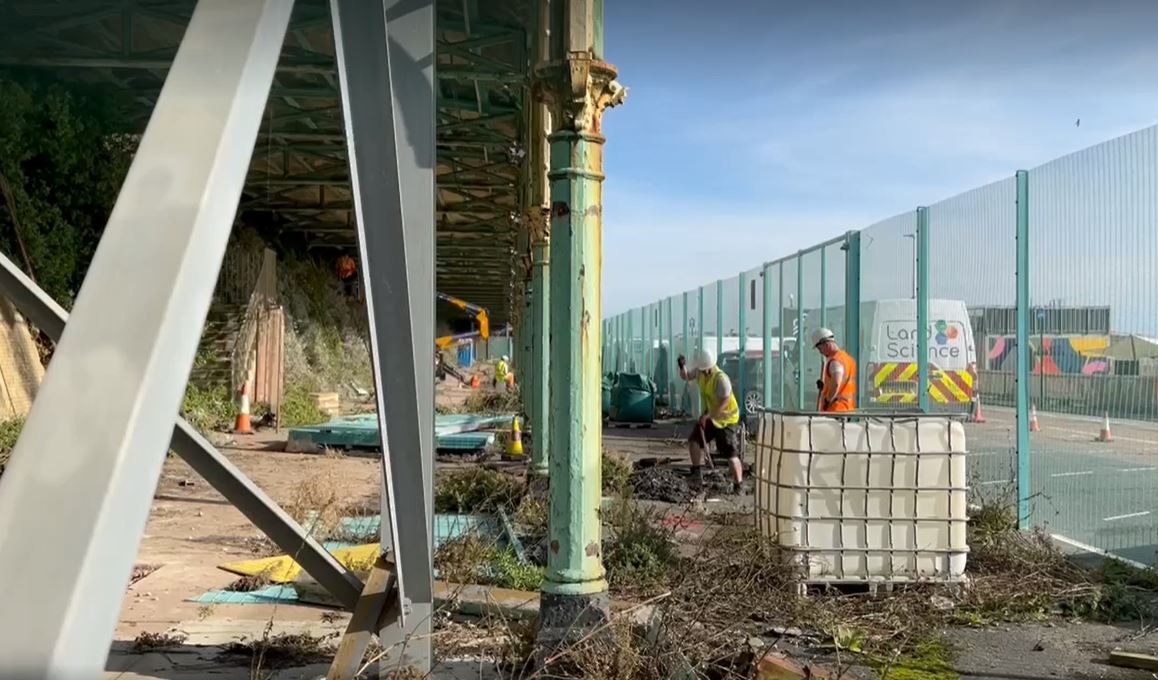 Two more bays along the Madeira Terraces are being given extra support to stop them collapsing – including one at the bottom of the Royal Crescent steps.

Work on the restoration of the first phase of the Grade II* listed terraces between Concorde 2 and the Royal Crescent steps is due to start next autumn.

Plans were expected to be submitted for the revamp – which should include a new lift and an upgrade of the Concorde 2 one – this summer, but this is now expected early next year.

Tendering for a construction contractor is due to begin imminently

But in the meantime, an application to prop up two of the bays set to be restored – one just east of the Royal Crescent steps, and another a few bays west – have been lodged.

The application, submitted to Brighton and Hove City Council’s planning department by its seafront development manager, says: “The proposed propping has been deemed necessary following an inspection by a structural engineer.

“Parts of the existing structural elements to bays 51 and 73 have been identified as showing high levels of corrosion and deterioration.

“Installing the props will have a visual impact but will prevent the terrace collapsing and therefore the loss of the existing original structure.

“Risk of the terrace structure collapsing on operatives working below – this is a significant health and safety risk which would cause serious and fatal injury.

“This has become especially problematic during annual inspection by the structural engineers to ensure their safety whilst inspecting the terrace structure.

“Also it is a risk to operatives carrying out cleaning operations which are required due to frequent unauthorised entry to the site, with substance abuse paraphernalia and discarded items left under the arches.”