Rogue landlords should have their details included on a database on Brighton and Hove City Council’s website, according to a Labour councillor.

Councillor Williams plans to seek support for the proposed database next week when the committee is due to meet at Hove Town Hall.

She intends to propose a motion that “this Housing Committee declares an intention to adopt a zero tolerance approach to rogue landlords”.

The motion would also propose “that a database of rogue landlords where action has been successfully taken should be made available on Brighton and Hove City Council website”.

Councillor Williams said: “It is recognised that the majority of private sector landlords in the city make a positive contribution to housing in our city and this is valued.

“However, a recent report revealed that almost half of private renters in the south east were victims of illegal acts by landlords.

“We have provided much-needed extra funding for the PRS (private rented sector) enforcement team and have recruited more staff to tackle this problem in our city.

“We are now in a position to do more to deter rogue landlord activity.

“It is essential that Brighton and Hove sends out a strong message that rogue landlords will not be tolerated in our city.

“Many councils across the country have adopted a zero tolerance approach to rogue and criminal landlords. It is high time we do the same.”

The NRLA published a report in August called A New Deal for the Private Rented Sector urging the government to provide proper financial support for councils to tackle rogue landlords.

The report said: “By the time the forthcoming Building Safety Bill is given royal assent, the number of statutory provisions applying to the sector will have risen by 40 per cent over the last decade to 168 pieces of legislation.

“We contend therefore that it cannot feasibly be argued that the sector is ‘under-regulated’.

“Rather the problem is a failure by local authorities to properly enforce, using the wide range of powers already available. 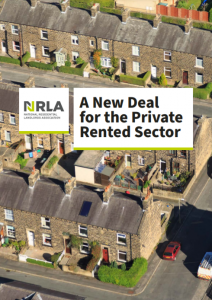 “One example of the failure to use the tools available relates to the database of rogue landlords and banning orders, introduced in 2018.

“In November 2015, the then … minister, Marcus Jones, told the Housing and Planning Bill Committee that ‘about 10,500 rogue landlords may be operating’.

“In January 2018 the then … minister, Jake Berry, said that the government’s estimate was that ‘about 600 banning orders per year will be made’.

“Despite these estimates, in May this year the … minister, Lord Greenhalgh, told the House of Lords that there were currently just 43 entries on the rogue landlord database.

“In April, the Housing Minister, Christopher Pincher, also said that just seven landlords had been issued with a banning order.”

A rogue landlord has been defined as someone who lets substandard or unsafe property or tries to avoid other legal requirements such as carrying out repairs or using a deposit protection service.

The council’s Housing Committee is due to meet at 4pm next Wednesday (17 November). The meeting is scheduled to be webcast on the council’s website.