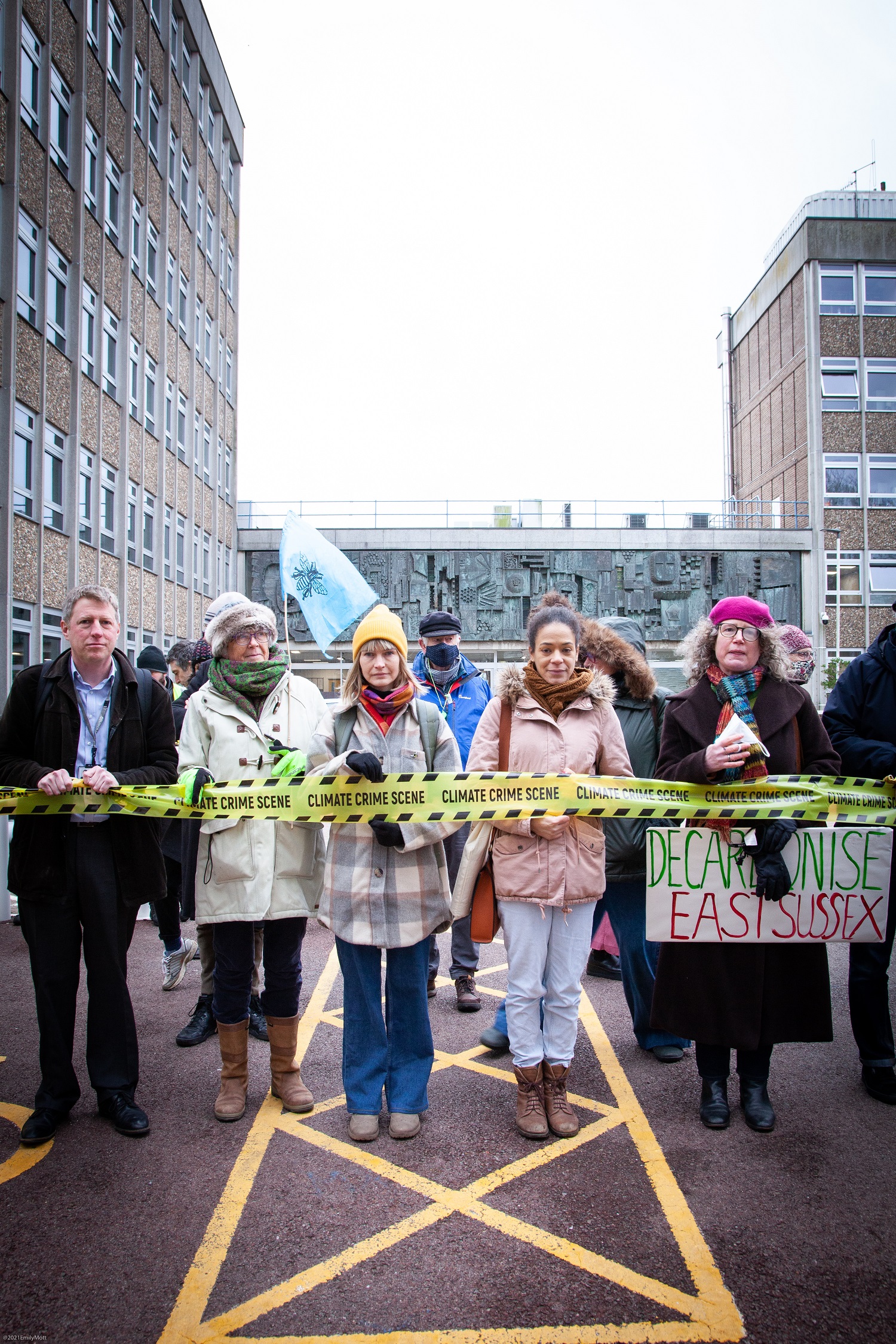 East Sussex County Council were meeting inside as more than campaigners, including Brighton councillor Siriol Hugh-Jones, protested outside, ending with ten minutes of whistles and drums.

The county council has so far refused calls to divest the East Sussex Pension Fund, which covers Brighton and Hove, as well as East Sussex, from fossil fuels, with tens of millions of pounds invested in companies like Shell and BP.

Brighton and Hove City council and Caroline Lucas MP (Green, Brighton Pavilion) have both called on the council to stop this, and in October more than 150 campaigners delivered a giant ‘Climate Fudge Cake’ to County Hall in protest.

Yesterday’s protest was organised by Divest East Sussex and XR Lewes and supported by Brighton and Hove Friends of the Earth.

Councillor Hugh-Jones said: “To keep investing in fossil fuels is completely unsustainable. By continuing to do so the East Sussex Pension Fund is not only flouting its moral obligations but also its duty to its many pension holders.

“Companies whose current value relies on their ability to continue to extract oil, gas or coal are ignoring the bottom line. ESPF should not make the same mistake.”

A spokesperson for Divest East Sussex said: “By clinging on to its investments in fossil fuel companies like Shell and BP, East Sussex County Council is effectively providing a fig-leaf for these companies’ ongoing attempts to block effective climate action.

“With the window of opportunity to limit global warming to 1.5ºC rapidly closing, this refusal to stop investing in fossil fuel companies is nothing less than criminal.

“It’s time for the county council to finally get serious about the climate crisis and commit to fully divesting local people’s pensions from fossil fuels.”