Brighton and Hove City Council cannot and must not be allowed to marginalise, misrepresent or silence the voices of black and ethnic minority parents and residents who oppose their anti-racist schools strategy.

On Monday 7 March I submitted a deputation calling on the council to consider the inclusion (to their anti-racist schools strategy) of an education resource produced in Brighton and informed by a colour-blind approach to anti-racism.

This deputation was supported by the anti-racist campaign group Don’t Divide Us.

This request was opposed by a rival deputation from the campaign group Save Our Schools.

My request was rejected and the Save Our Schools deputation was endorsed by the council.

I believe that the Save Our Schools deputation contains a number of baseless allegations against those voicing democratic public opposition to the ideology behind the council’s five-year anti-racist schools strategy.

Both mine and Catherine Fisher’s deputations focused on the concept of colour-blindness. In my deputation, I was clear about what I (and fellow campaigners at Don’t Divide Us) mean by a colour-blind approach to anti-racist education.

“This is a universalist approach rooted in the classic liberal tradition of equality before the law. It is an approach that promotes and emphasises the content of a person’s character over and above the colour of their skin (or any other immutable trait).”

As I made clear in my deputation: “A commitment to colour-blindness is not a denial that racism exists or that there remains important work to be done to reduce and combat discrimination.”

In Ms Fisher’s deputation, read to the council’s Children, Young People and Skills Committee after mine, it was stated: “Some of the opponents to having this strategy argue for the current ‘colour-blind approach’ in schools that seems to advocate ignoring race and racism, making it somehow taboo to talk about difference or acknowledge the diverse histories and experiences of individuals and groups in society and our schools.”

This statement was soon followed by another: “We can’t tackle racism by pretending it doesn’t exist.”

This is a gross misrepresentation of my position – colour-blindness is not a denial that racism exists.

Colour-blindness does NOT mean racism-blindness. Rather, it is the essence of an anti-racist approach famously exemplified by Martin Luther King Jnr (a hero of mine).

Moreover, given my presentation of a video resource that openly promotes discussing difference, diverse histories and the importance of standing up against racism, this deputation’s distortion of my position (the position of many parents in Brighton and the position of campaign group Don’t Divide Us) is profoundly dishonest.

Yet, it is a position which the council have endorsed. 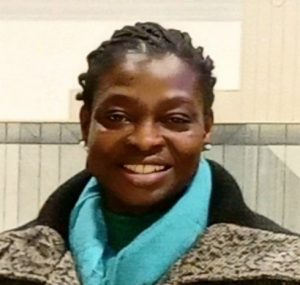 I would like the council to formally apologise for accusing me of wishing to pretend that racism doesn’t exist. As someone who’s experienced racism first hand I find the allegation disgraceful.

The Save Our Schools deputation draws links between my position in relation to the anti-racist schools strategy and an entirely unrelated Daily Mail article relating to the use of words “mum” and “dad”.

I would like the council to formally apologise for conflating my concerns regarding the ideology behind their anti-racist schools strategy with an entirely unrelated article published in the Daily Mail.

I am shocked that a council that prides itself on values such as diversity and inclusivity would adopt such an intolerant position in relation to viewpoint diversity when it comes to the question of how to tackle a problem as important and serious as racism.

Moreover, I am shocked that a council that prides itself on inclusivity would see fit to exclude from its anti-racism strategy resources informed by a colour-blind approach to anti-racism.

I am also shocked that a council that claims to wish to centre and highlight the voices and perspectives of traditionally marginalised individuals would not only sideline and marginalise my position but grossly misrepresent it too. 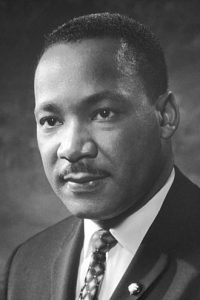 During the Save Our Schools deputation, Alison Ali, who read out the text of the deputation, said: “I do note the so-called liberal arguments in favour of colour-blindness that was in the first deputation but my big question there is if colour-blindness as an approach worked, why is systemic racism still so prevalent and endemic in our society today?”

There is nothing “so called” liberal about colour blindness as an approach. It is simply liberal. Equality before the law has until very recently formed the foundation of anti-racist advocacy and education in the UK and US.

The idea that colour-blind approaches are not liberal is a belief not a fact.

The idea that “systemic racism” is “prevalent and endemic” in UK society is likewise a belief not a fact.

This belief in “systemic racism” is typically supported by dubious data that conflates disparity with discrimination, falsely classifying the former as evidence of the latter.

These are beliefs rooted in an outlook based on critical race theory (CRT). I am disappointed to see that the council persists in promoting them as facts and dismissing opposition to its partisan position with baseless misrepresentations.

According to critical race theory – which underpins the council’s strategy – racism is not (just) defined in terms of individual acts of prejudice carried out by individuals but is allegedly embedded in all systems and structures that manifest divergent outcomes between individuals from different racial groups.

If leaders at the council wish to engage in and promote activist advocacy in relation to the dismantling of public institutions and systems (on the belief that they are systemically racist) they are welcome to do so.

But these contested beliefs must not be smuggled into Brighton and Hove’s schools on the presumption that this is simply uncontroversial “anti-racism” education. It is not.

An obligation to promote anti-racism is not a mandate to promote CRT or to silence opposition to CRT-based education.

Racism affects us all and we should all have a say in how our children are educated about this important subject.

The future of our wonderful vibrant, racially diverse and broadly well-integrated society depends on it.

Bola Anike is a British Nigerian mother from Brighton and a supporter of Don’t Divide Us.