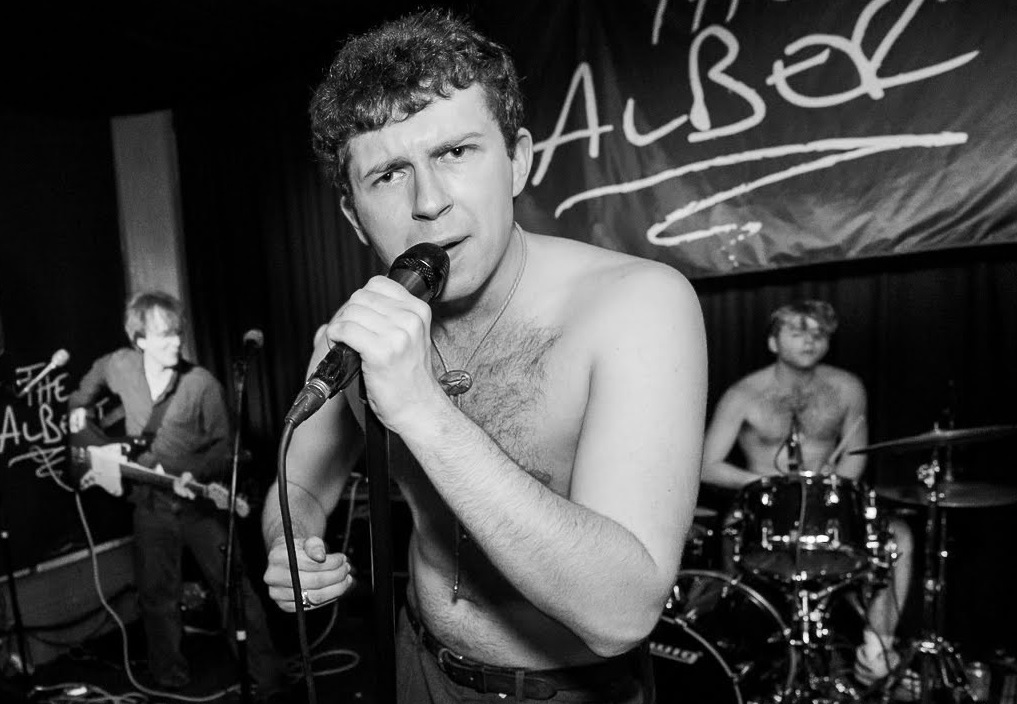 ‘Almost Seamus’: now there’s a name to ponder on St Patrick’s day!!! However, before we do that we have the Lambrini Girls to contend with. They are a punky three-piece who are anarchic, hilarious, and also purveyors of a very serious message, all of which they do simultaneously which is no mean feat. 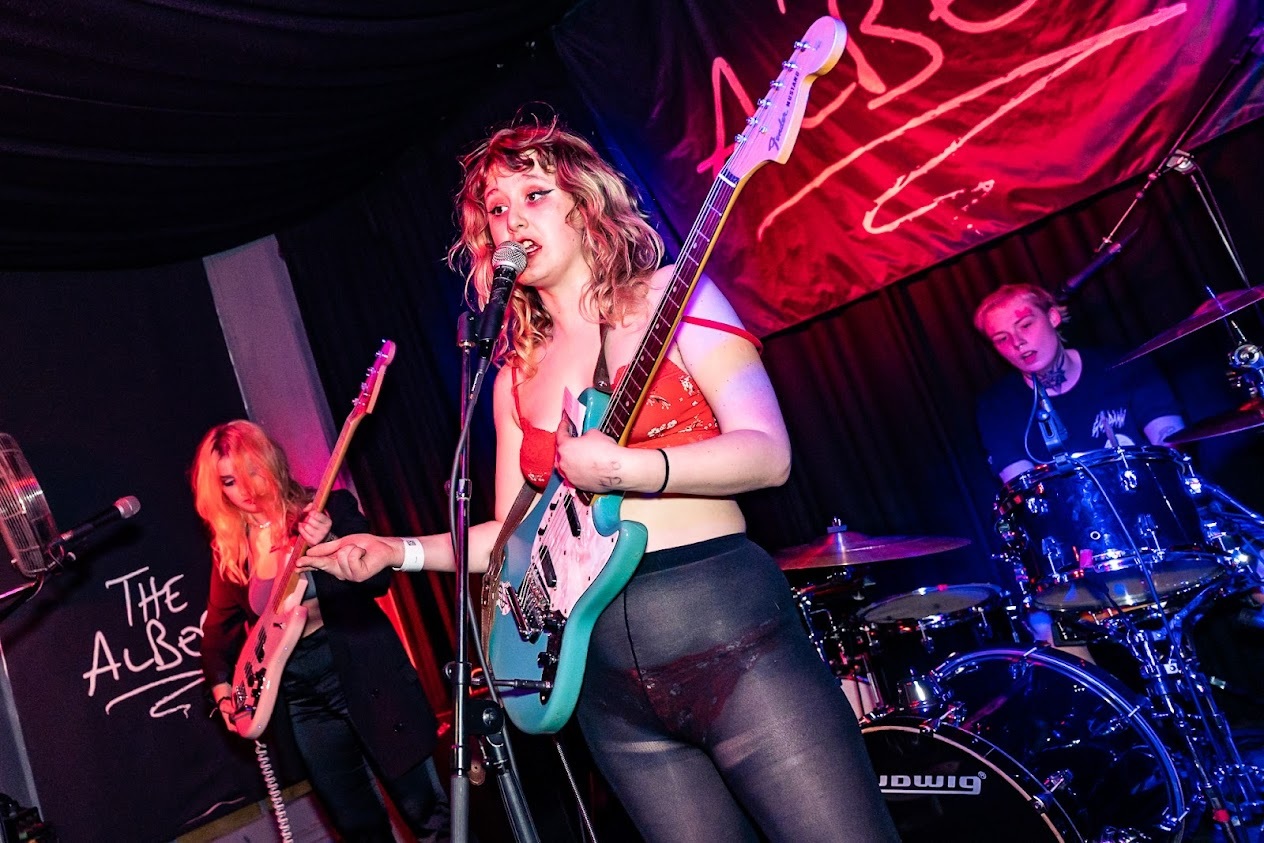 Their songs have titles such as ‘F*ck Myself’ and ‘Sex Toy’, the latter song not only saying why women don’t need men, but that men treat women as sex toys, which is certainly a fair point. The band are aggressively feminist, which is sadly deemed to be necessary in this post-Sarah Everard world. Their tune ‘Gay Panic’ sounds disturbingly like Napalm Death. 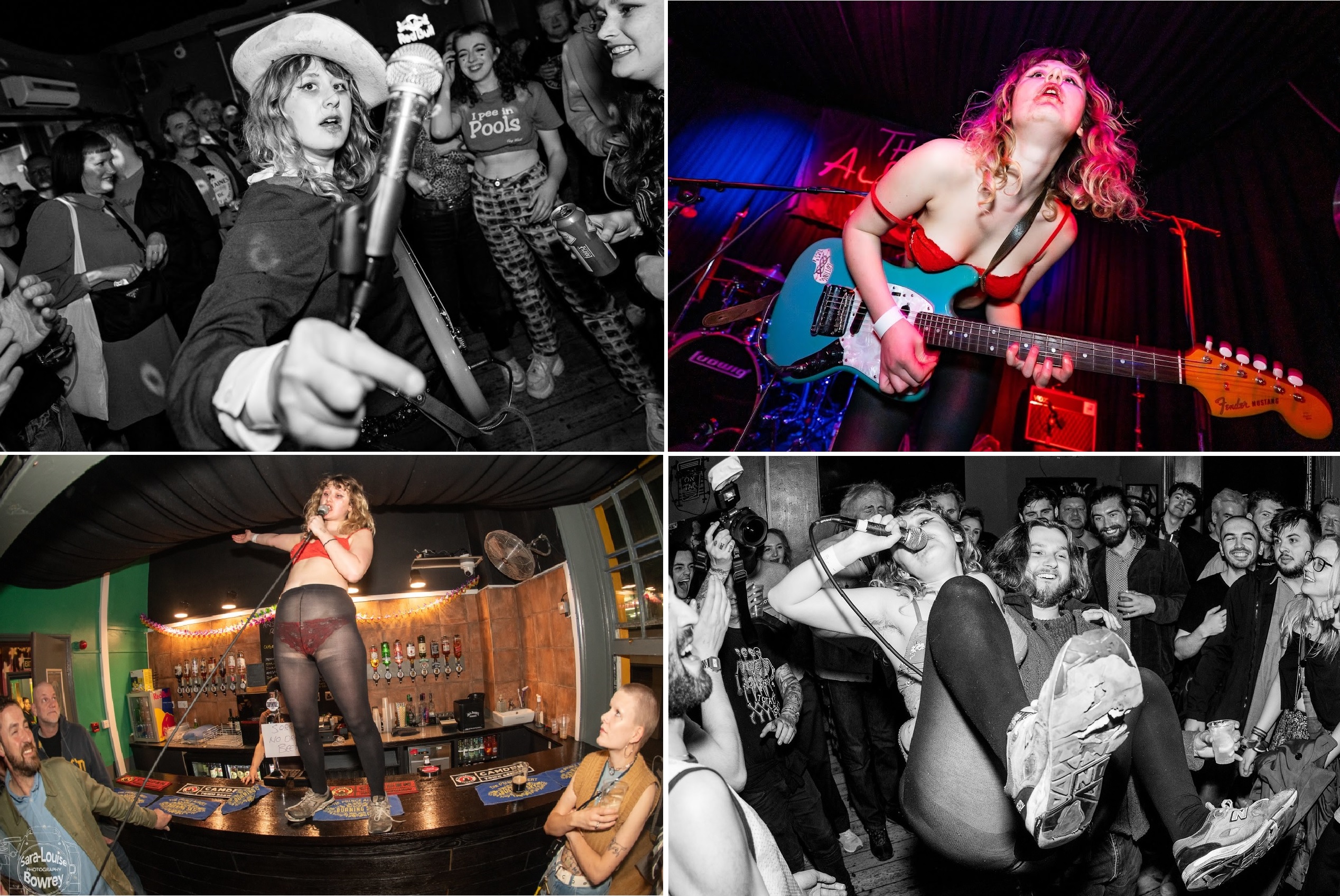 Vocalist Phoebe Lunny makes repeated forays into the audience. She takes her top off at one point, although modesty is maintained as she wisely retains her bra. She is a commanding frontperson – quite literally! She tells the audience to get down on the floor, which they do. This isn’t just a gig, this is performance art. It also shows that this is definitely not a punk audience – a punk audience wouldn’t be so compliant! At one point Phoebe gets the crowd chanting “Craig David”!!! Well, why not, especially as that’s the name of their tune. 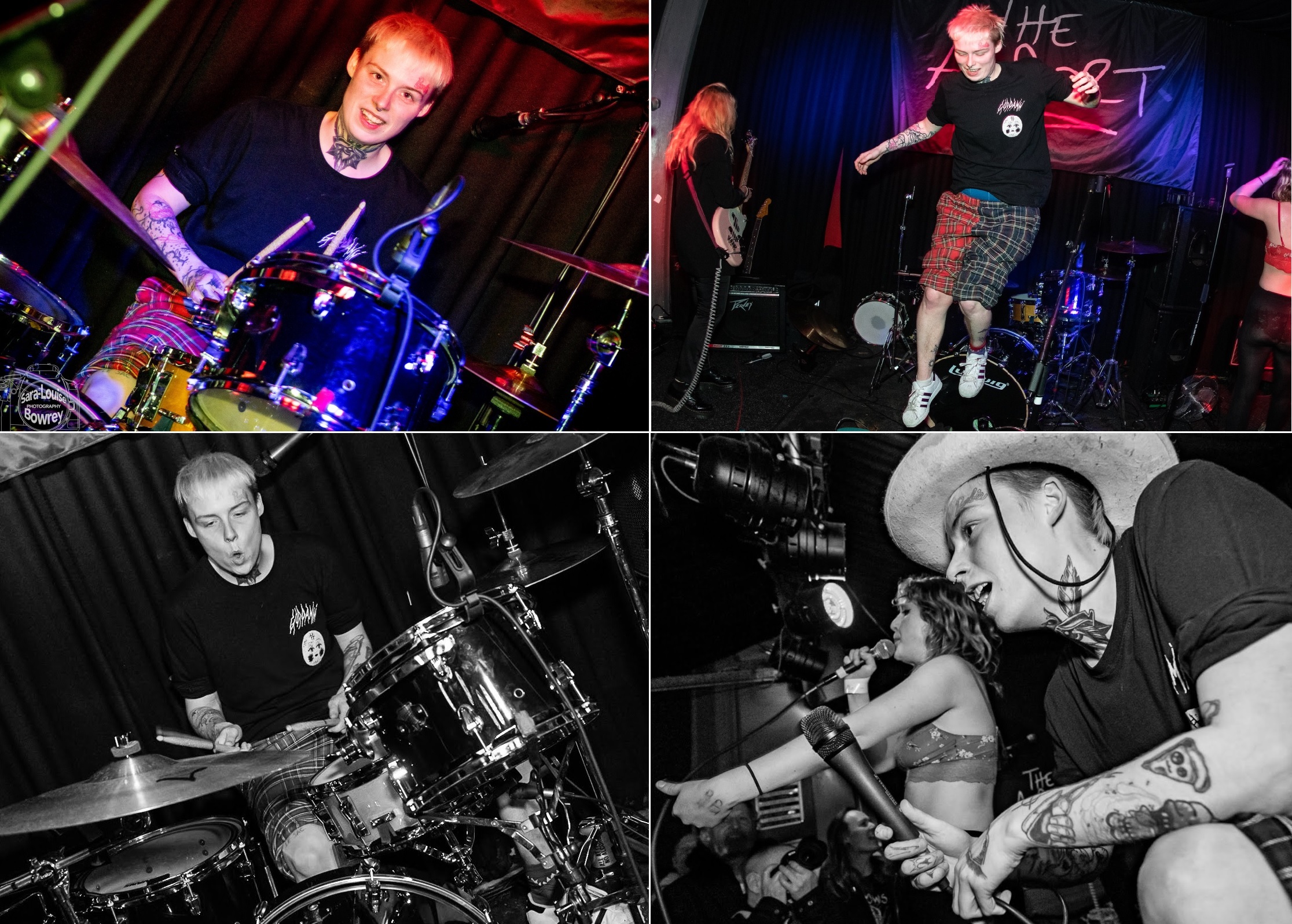 ‘Boys In The Band’ is about calling out homophobic abusers. Many of the songs are more than just that, they’re mini-manifestos. Towards the end of their set Phoebe climbs onto the bar whilst drummer Catt Dampier pours Lambrini onto the audience. I have to say that this is the most anarchic band that I’ve seen for a long time. Long may they continue to be so! 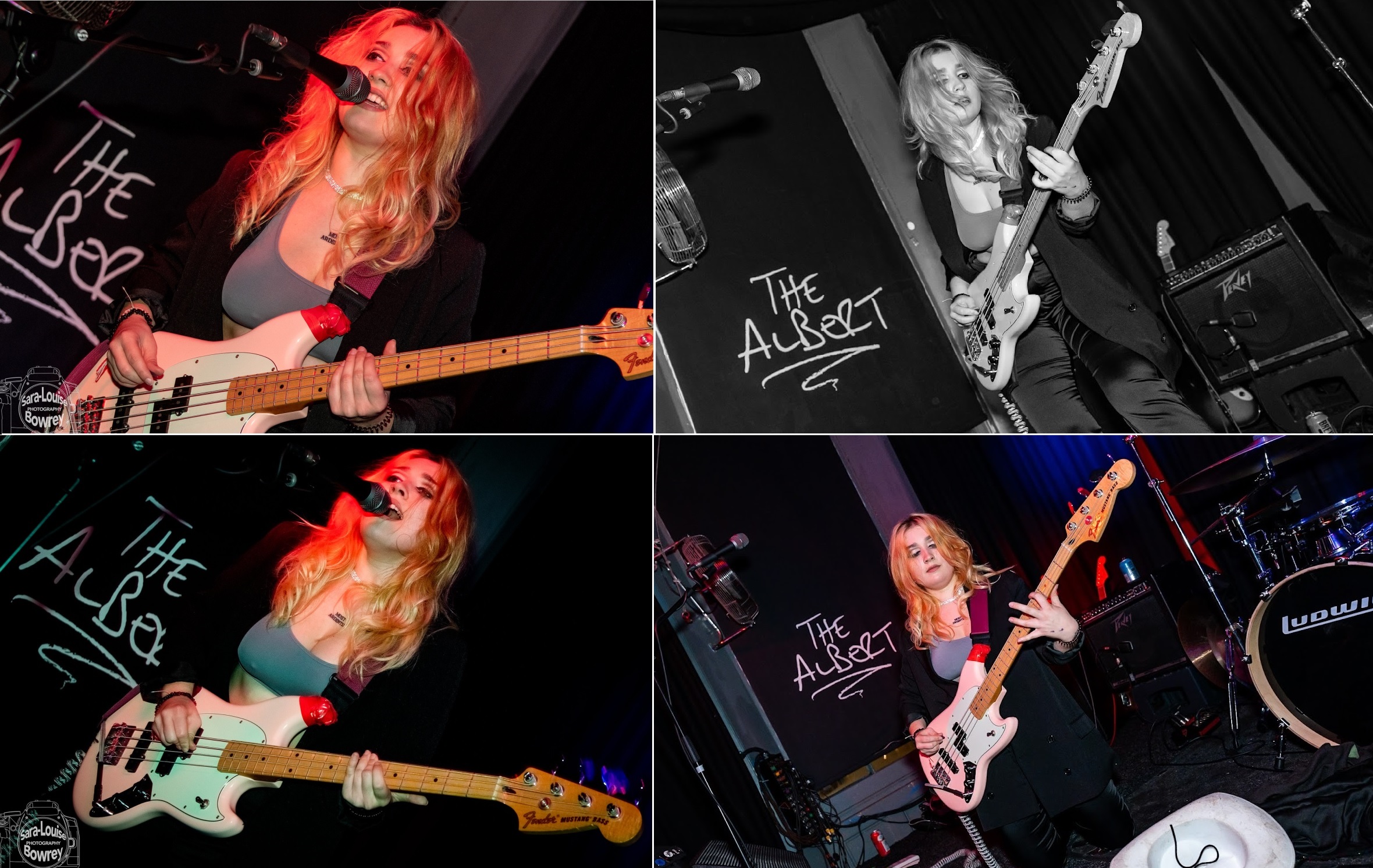 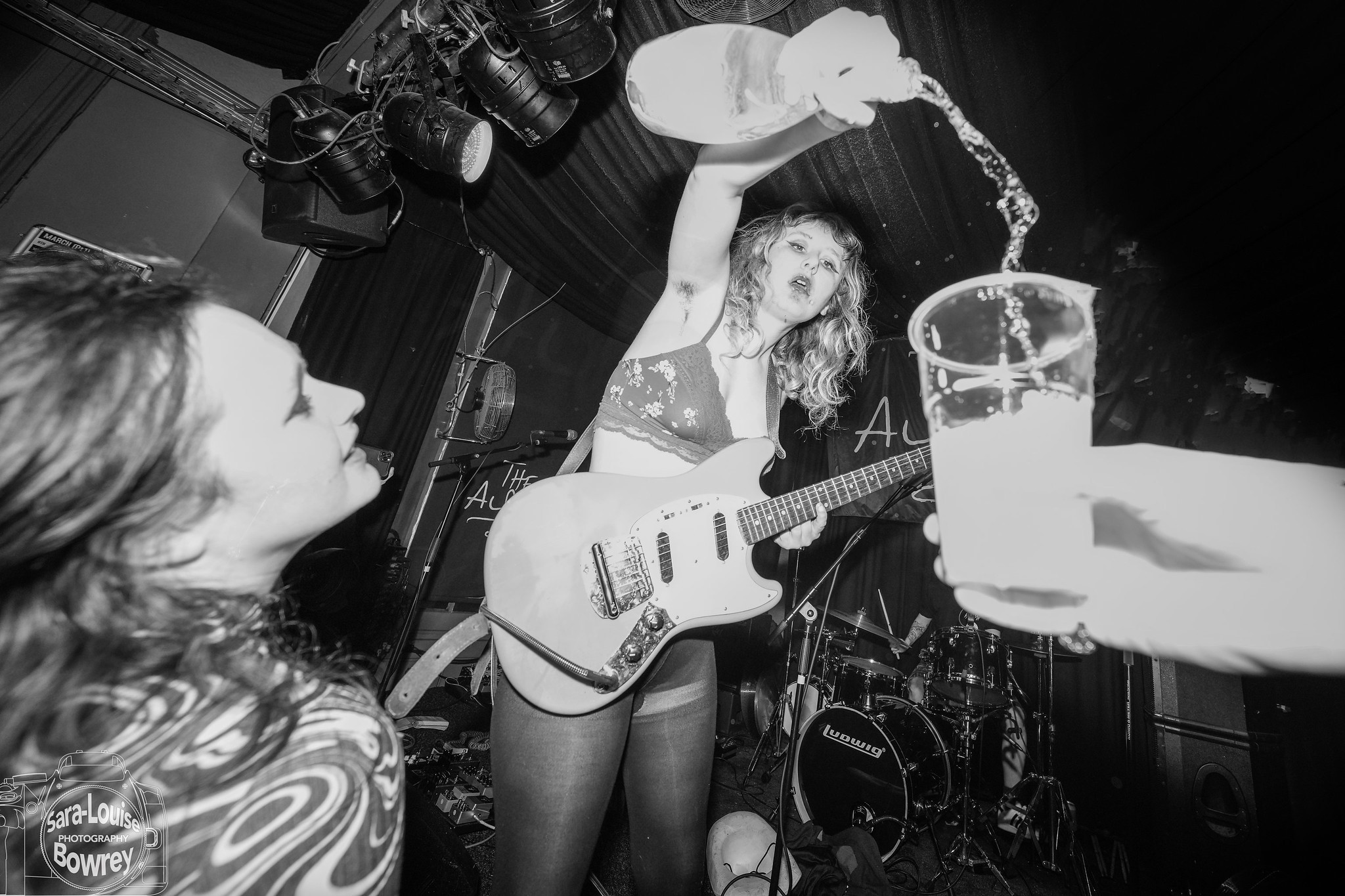 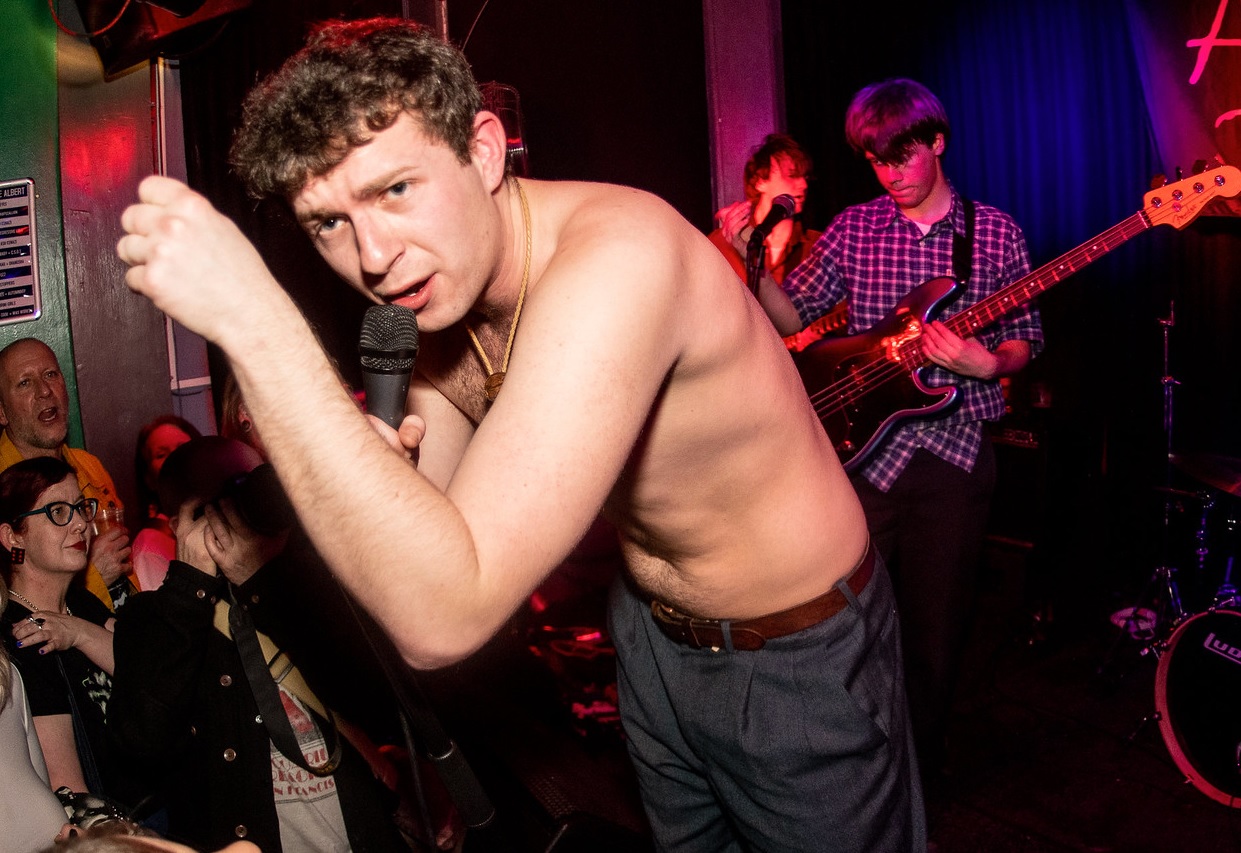 Now we turn our attention to ‘Almost Seamus’, who are actually Shame (stylized as ‘shame’) road-testing their soon to be released new album, title as yet unknown. There is no setlist, and vocalist Charlie Steen doesn’t announce any titles, although he does tell us that they’re going to be playing new songs, the first of which has an introduction that is very similar to Thin Lizzy’s ‘Chinatown’. Although unlike that song there is an interesting tempo change mid-song. 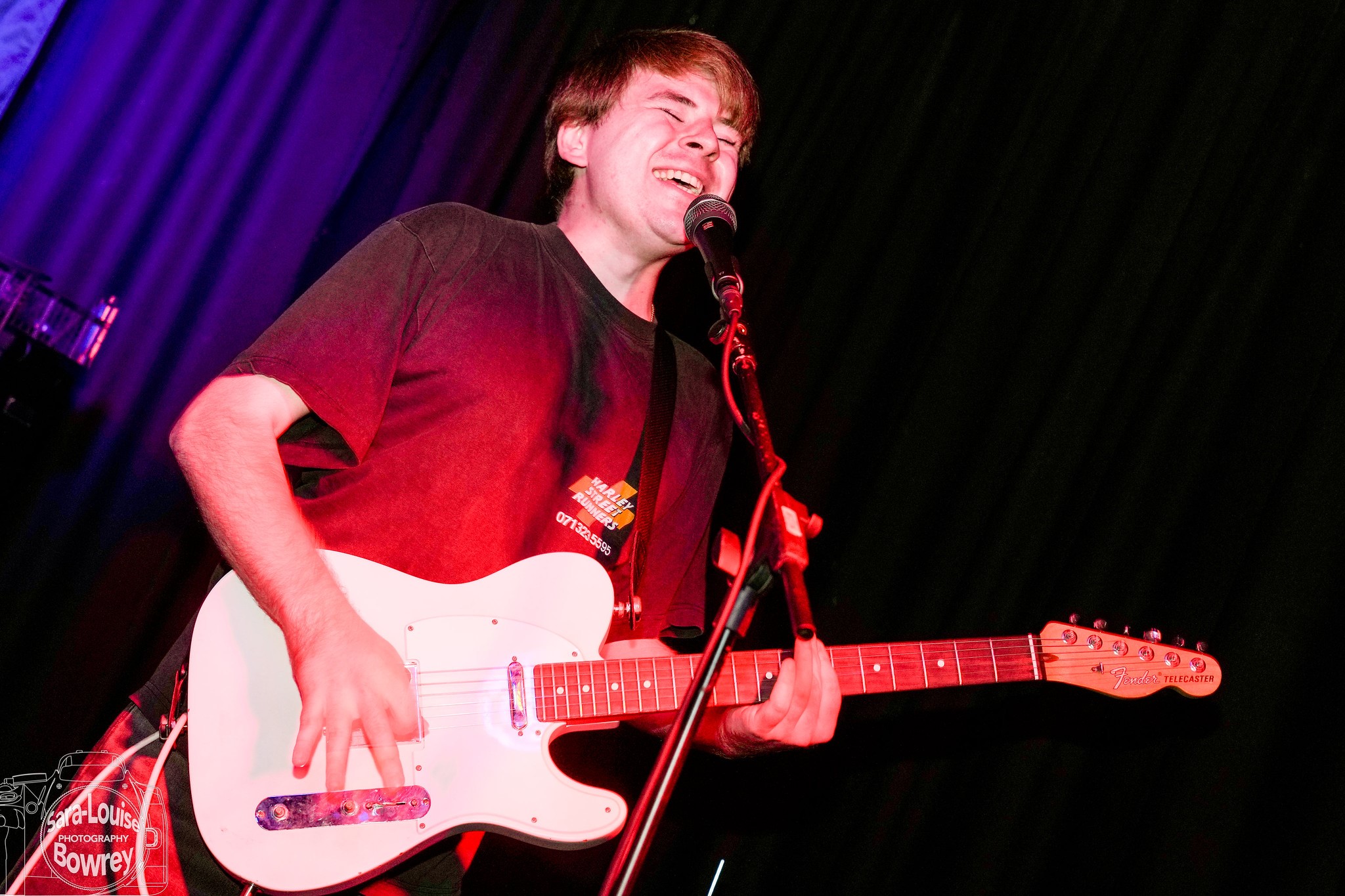 Their performance is very committed and the new material is very powerful, and possibly heavier than their first two albums, ‘Drunk Tank Pink’ (released 15th January 2021) and ‘Songs Of Praise’ (released 12th January 2018). 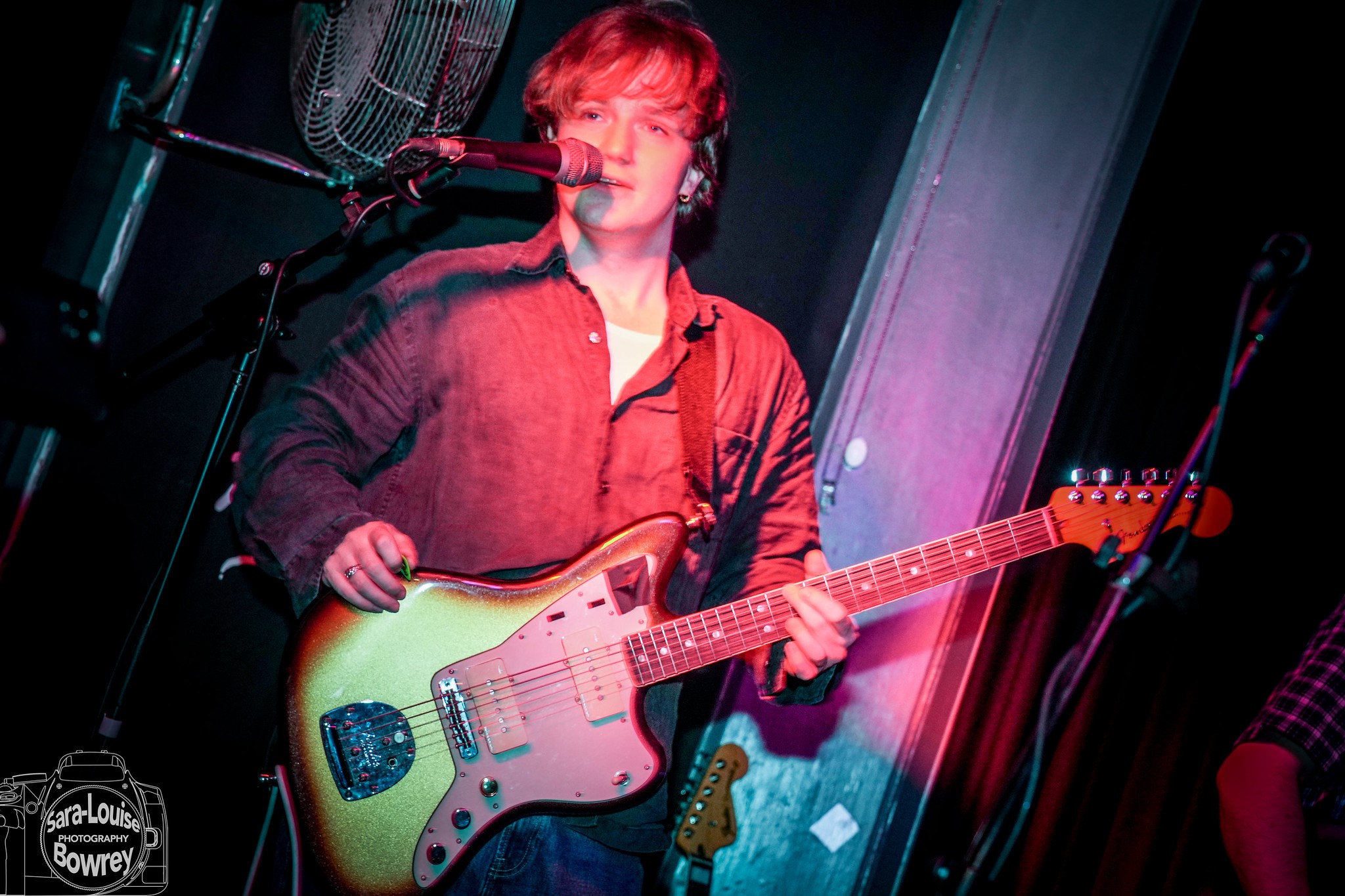 Apparently the new material was written in only two weeks, although you’d never guess that. They played two gigs at Brixton Windmill recently, and will be at Hackney Moth Club on the 22nd, before heading out on a US tour. These warm-up shows are clearly necessary as some of the new songs have never been played in public before. 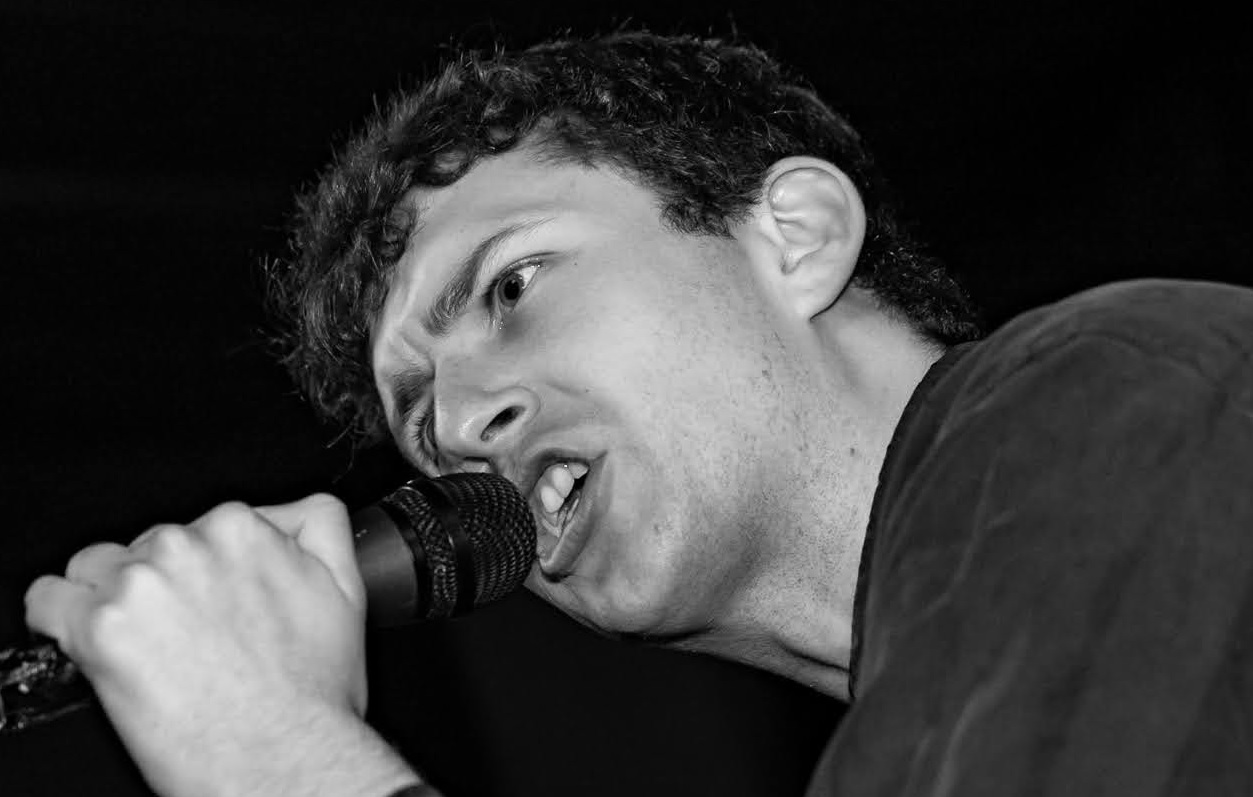 Some of the new songs appear to be pretty complex. There are some quite complicated drum patterns in evidence, and the bass part on one song is positively dizzying. The band are rocking really hard. The drummer hits one of his cymbals so hard that it falls off its stand! It’s not all new songs however. Towards the end of the set we get an absolutely incendiary version of ‘Tasteless’ from the first album. 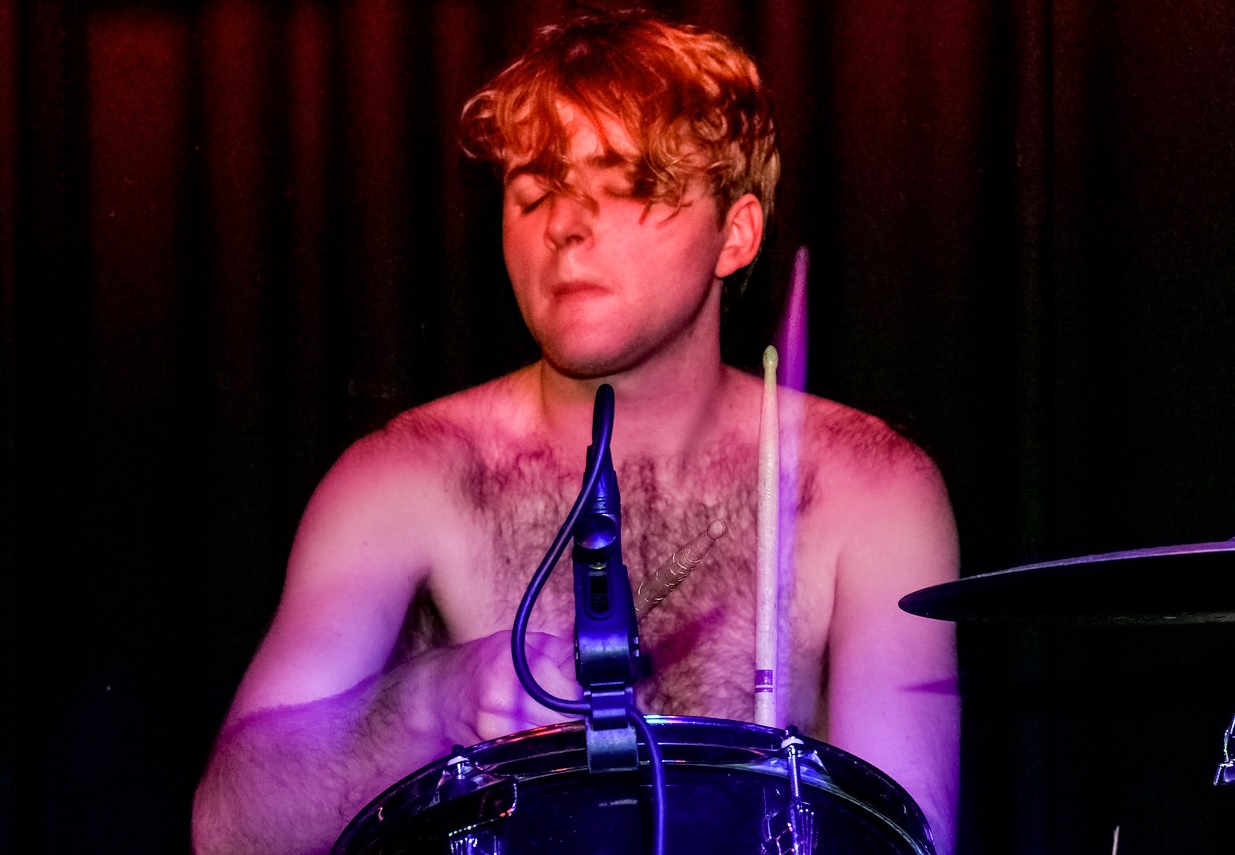 Tonight though is all about the apparently as yet un-named new album, and very fine it sounds too. The songs largely sound punchier than on the previous two albums, and I suspect that this album will open a whole new chapter for the band. I look forward to hearing the finished product. 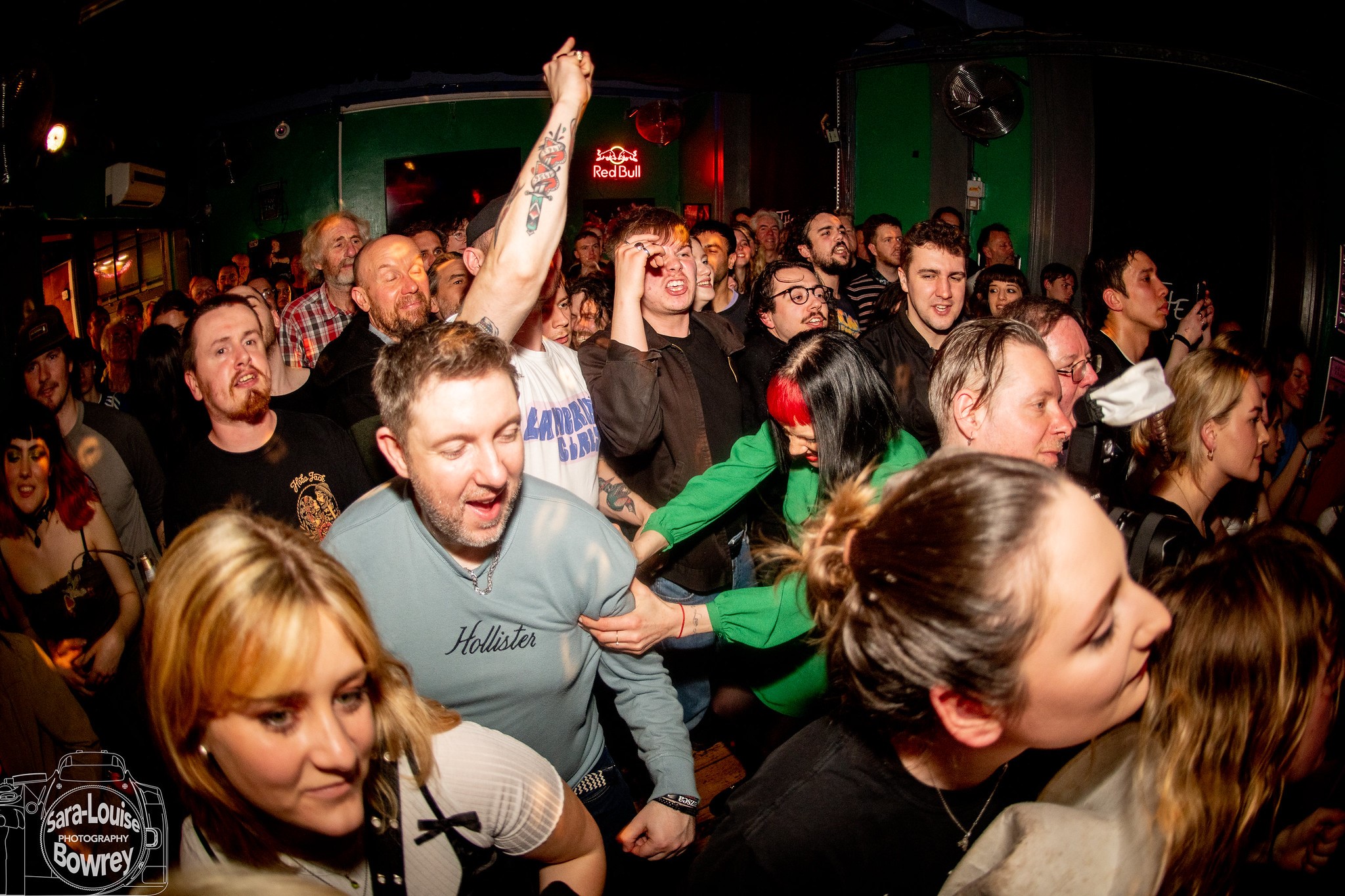 It was a thrilling evening being able to watch Shame up close and personal in such a compact venue at The Prince Albert, especially as the band’s previous Brighton concerts have been at the larger Chalk venue in 2021 (twice) and The Old Market back in 2019 as part of The Great Escape. 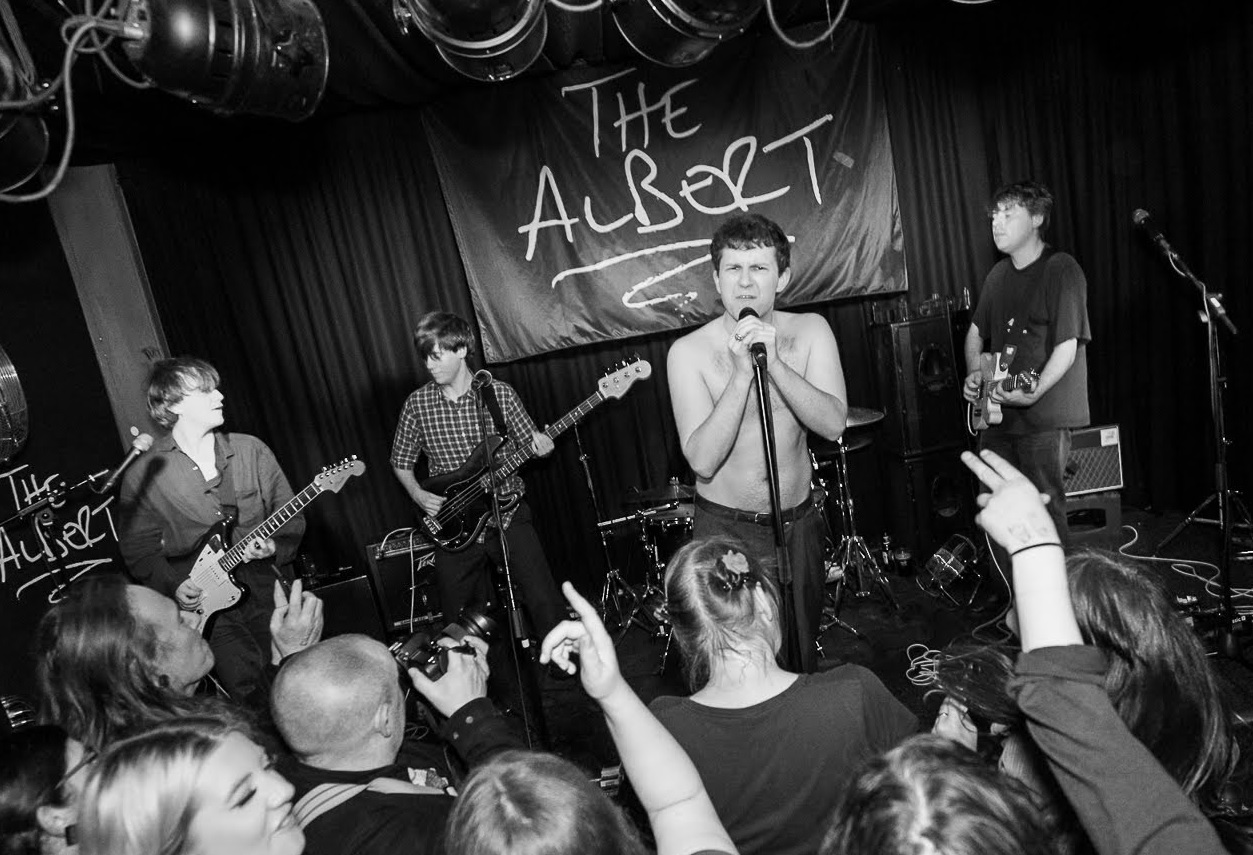 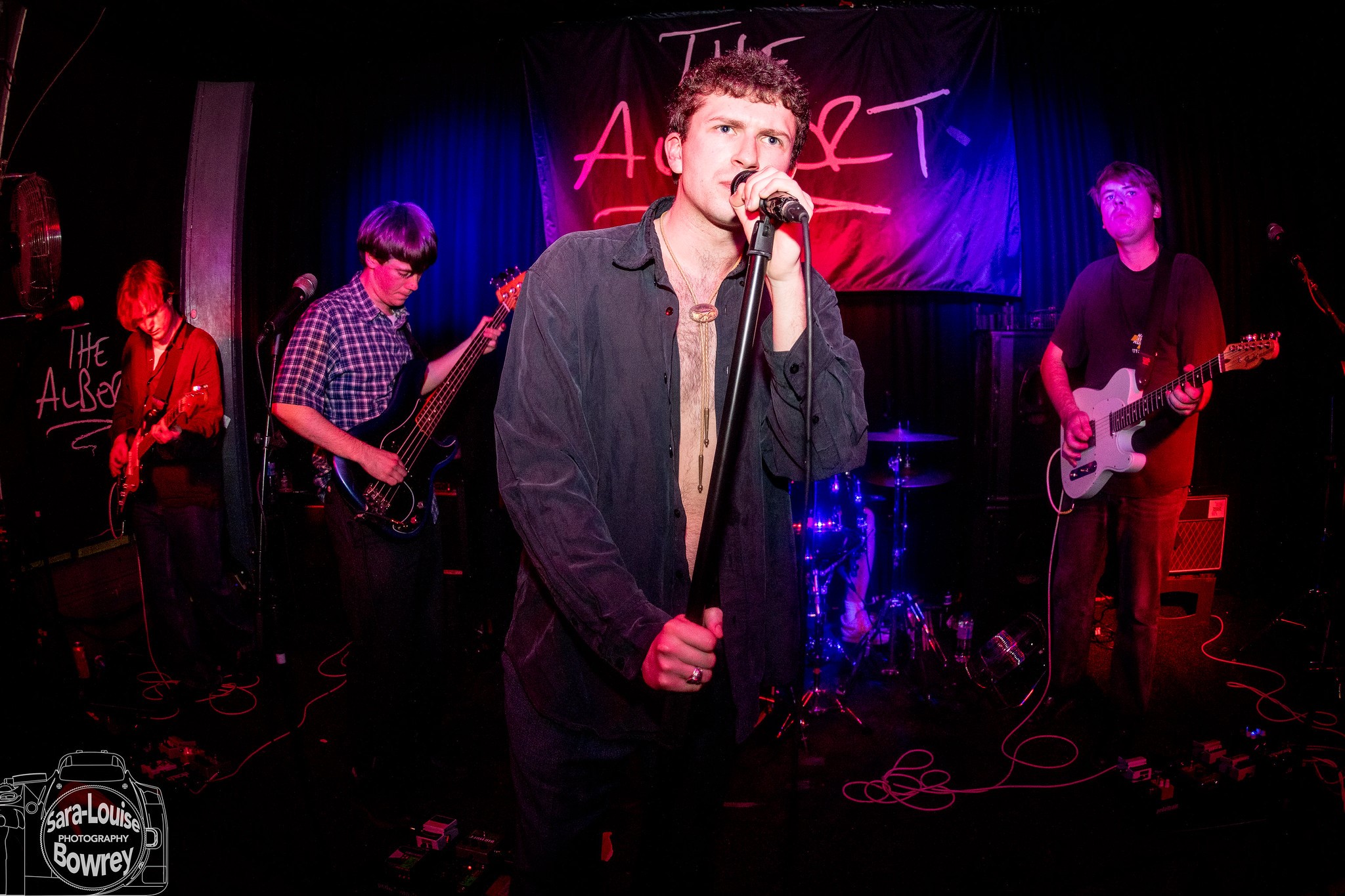 More on Shame at shame.world 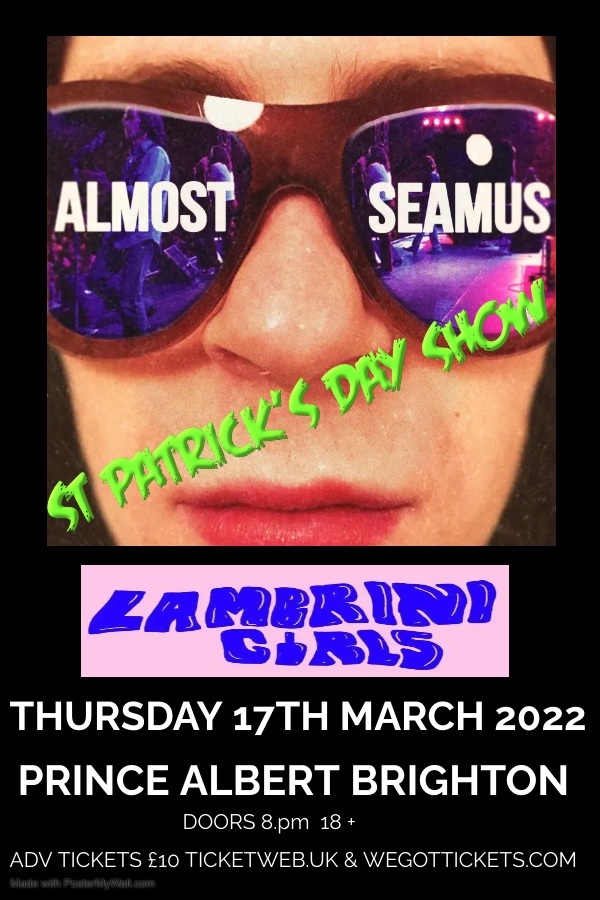