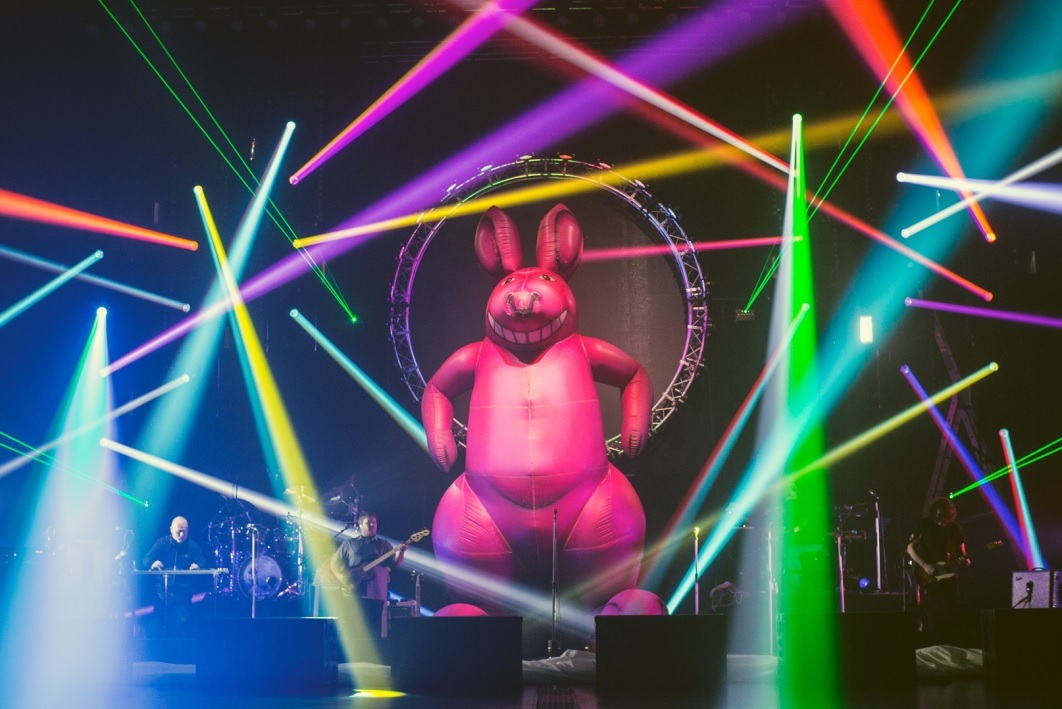 Selling over 4 million tickets worldwide and described by The Times as “The Gold Standard” and The Daily Mirror as “The Kings of the Genre”, The Australian Pink Floyd Show gave its first ever concert in Adelaide, Australia in 1988. Since then, they have performed in over 35 countries worldwide; played at David Gilmour’s 50th birthday celebration and were even joined on stage by Rick Wright. TAPFS is the leading and biggest show of its kind in the world.

Performing the music of Pink Floyd with note for note perfection, this critically acclaimed show has been astonishing audiences worldwide for more than three decades. Always striving to reproduce the complete Pink Floyd experience and bring the music to new audiences, the show continues to include a stunning light and laser show, video animations, state of the art, high resolution LED screen technology and other special effects. In addition and in true Pink Floyd fashion, there are several huge inflatables including a giant pig and their own unique Pink Kangaroo. 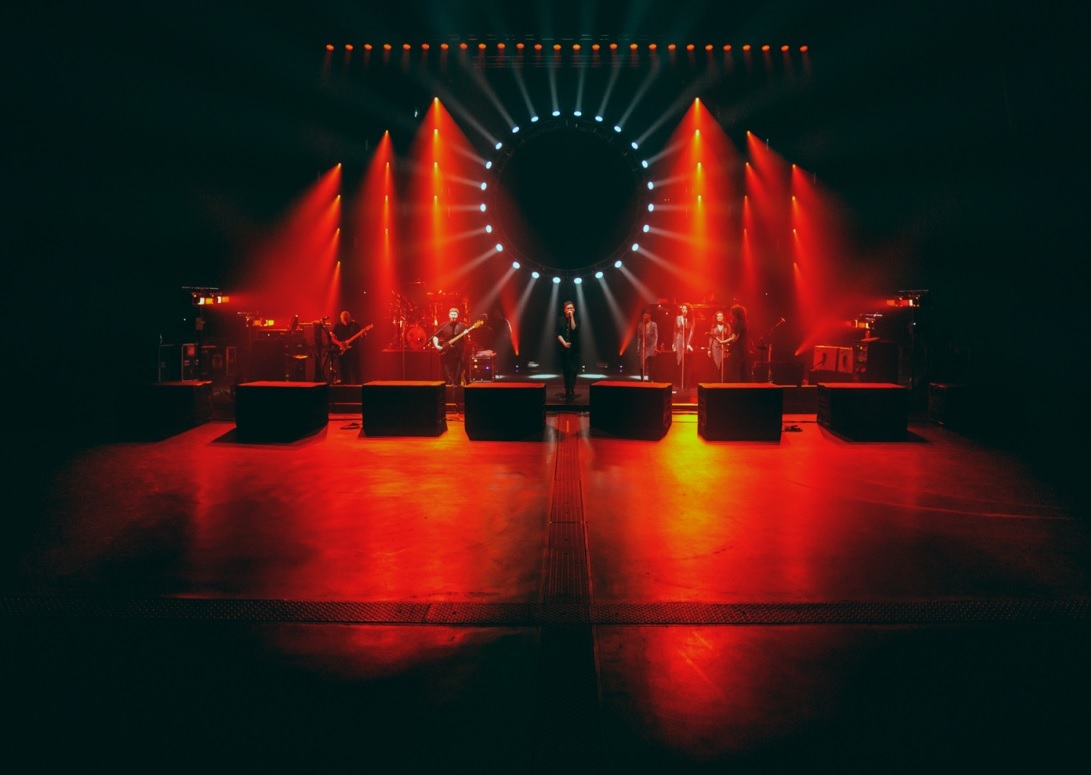 Often described as being much more than a tribute band, The Australian Pink Floyd Show is the first Pink Floyd tribute show that took the concept into the worldwide arena circuit. The band has played to sell out audiences throughout Europe, UK, America, Canada, South America and Russia.

With over 30 years of history, the world’s biggest, best and greatest Pink Floyd tribute show continues to delight its global fan base.

“For the record TAPFS are a phenomenon to be witnessed live… It’s almost enough to make you forget you haven’t been watching Pink Floyd, but a surrogate band” – Prog
“Probably the most popular tribute band in the world” – Sunday Times ‘Culture’ 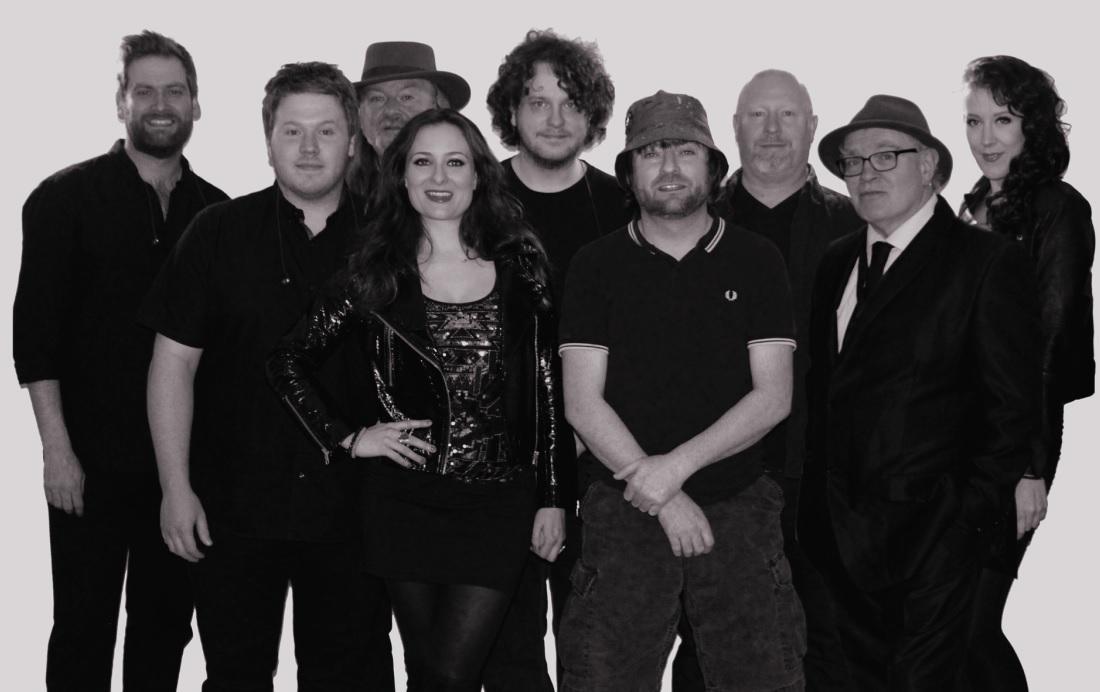 After celebrating more than 30 years of playing Pink Floyd music the whole world stopped in 2020 while the global pandemic caused the postponement or cancellation of live music. Now, with it’s time to shine on again as The Australian Pink Floyd Show returns with a new tour for 2022. They will be playing live at the Brighton Centre on Saturday 12th November 2022 and now due to demand, an extra date has been added at Eastbourne Congress Theatre for Wednesday 9th November.
Tickets are on sale via www.gigsandtours.com / www.ticketmaster.co.uk and via the venues – Brighton Centre HERE and Eastbourne Congress Theatre HERE. 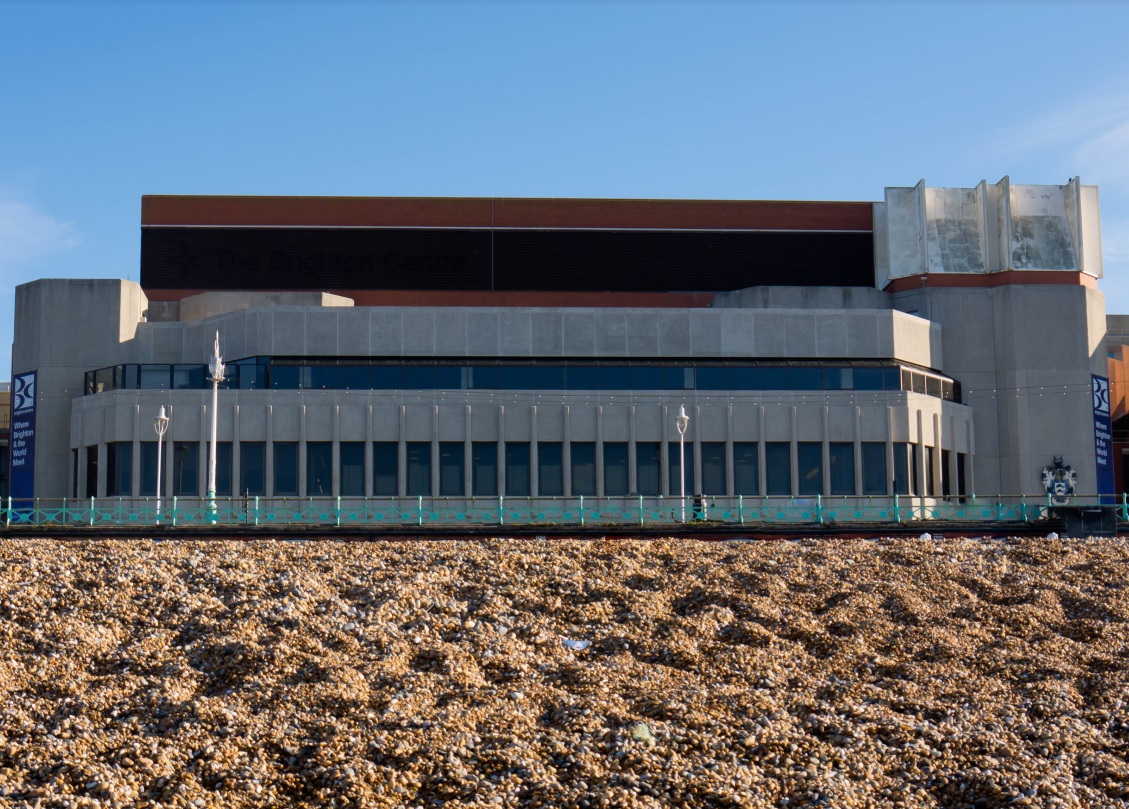 The Brighton Centre will host the 12th November 2022 concert

The ‘All That’s To Come’ Tour will resume to bring to the stage the songs that mean so much to Pink Floyd fans all over the world. Representing music from every phase of Pink Floyd’s journey, from ‘Ummagumma’ to ‘The Division Bell’ and all points in between. This tour will once again reinforce TAPFS’s dedication to the heritage of Barrett, Waters, Gilmour, Wright and Mason with a show that pays sincere and genuine tribute to the legendary Pink Floyd productions. State of the art lighting and video, pinpoint lasers, gargantuan inflatables and flawless live sound that was the benchmark of Pink Floyd shows, TAPFS guarantees to deliver a memorable live experience. 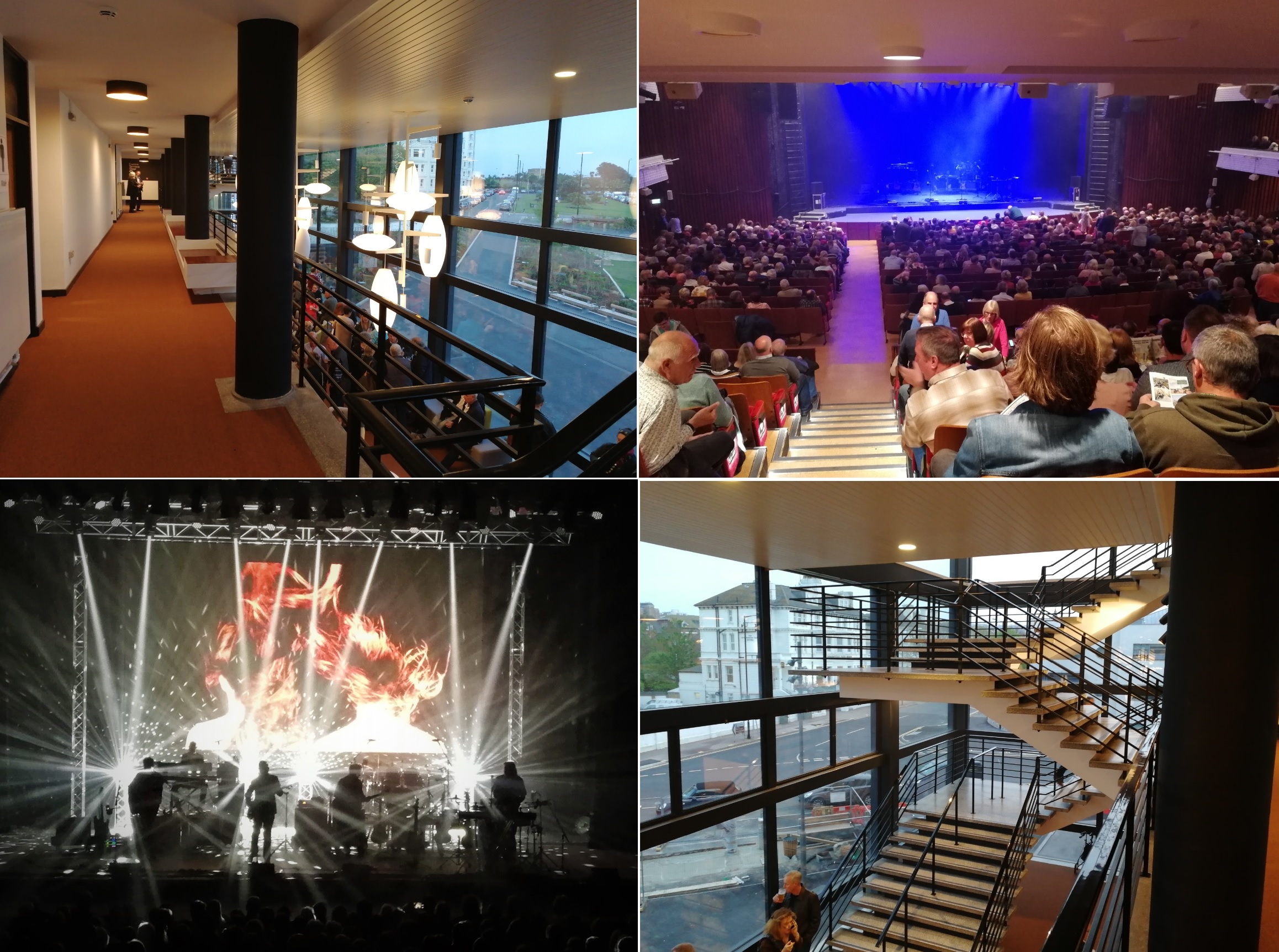 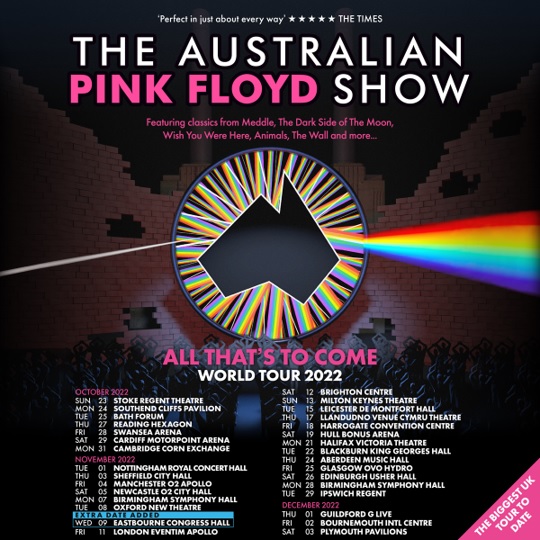