The chief constable of Sussex has honoured the “inspirational” founder of the Old Police Cells Museum in Brighton.

Chief Constable Jo Shiner presented a certificate to Pat Drake in recognition of her “outstanding contribution to Sussex Police” through her work at the museum.

The former councillor led a team of retired and serving police officers, alongside an army of volunteers, to set up the museum when she was mayor of Brighton and Hove in 2005.

Her husband John Drake, a Brighton councillor and Scotland Yard solicitor, had dreamed of clearing and preserving the old police cells under Brighton Town Hall in Bartholomew Square.

He died before he could see through his vision but Mrs Drake and the project’s supporters raised thousands of pounds to fund the salvaging of the basement cells ready for public viewing.

The Old Police Cells Museum officially opened on Wednesday 4 May 2005, showcasing and preserving the 13 Victorian-era police cells and a huge number of rare police artefacts and memorabilia.

In the years since then, she has made changes to safeguard the long-term future of the attraction.

These have included securing start-up lottery funding, employing a curator, achieving charitable status and recognition by the Arts Council of England as a fully accredited museum.

On Saturday (8 May), Chief Constable Shiner was joined by dignitaries and community leaders to thank Mrs Drake for her years of service at the museum.

It was also noted that in 1989-90, during 40 years of public service as a councillor, Mrs Drake became the first woman to chair the Sussex Police Authority. Police authorities have since been superseded by police and crime commissioners.

Mrs Drake said: “I’m very proud of what we’ve managed to achieve. It was a seven-day-a-week job and extremely hard work but it was a group effort from so many people.

“I did it for my husband, who hadn’t been able to achieve it, but it was a great help to me as well after his passing because when you lose your partner you tend to become rather retiring.

“Through the work I’d done with the police beforehand, along with my husband, I felt the public and police were drifting apart.

“I wanted to do something that would bring them back together which is why it was terribly important to start the museum when we did. And I think we’ve achieved that.” 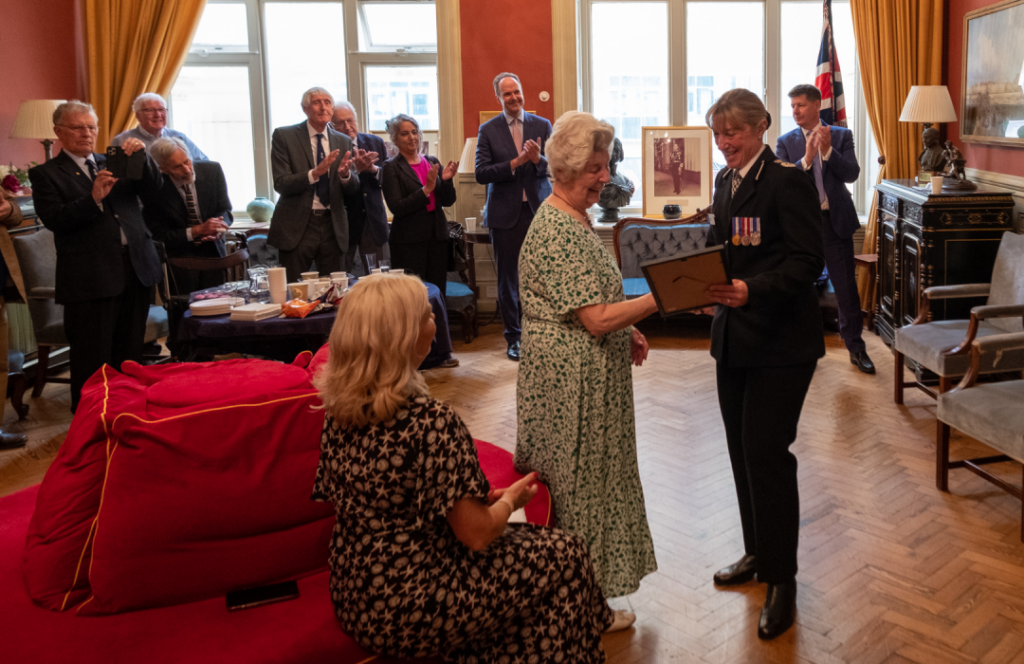 Chief Constable Shiner said: “Since the museum’s inception, Pat’s inspirational leadership and tireless commitment has taken it from strength to strength, inspiring so many vibrant volunteers – past and present – and creating the marvellous collection that now attracts thousands of visitors a year.

“Thanks to the relentless passion and energy that Pat has invested in the Old Police Cells Museum, it now not only showcases a truly fascinating insight into policing past, but inspires policing of the future through the many Sussex schools that attend via its educational programme.

“It also illustrates the important relationship between policing and society today.

“Generations of Sussex Police officers and staff are indebted to Pat for the vision she held, realised and delivered in the Old Police Cells Museum, safeguarding the heritage and telling the story of policing in Sussex for years to come.”

Another chief constable, Henry Solomon, Brighton’s first police chief, was murdered by a prisoner in the town hall basement when it was a police station in 1844 – an episode that visitors have a chance to learn about.

Sussex police and crime commissioner Katy Bourne said: “An organisation without knowledge of its past history or culture is like a tree without roots. 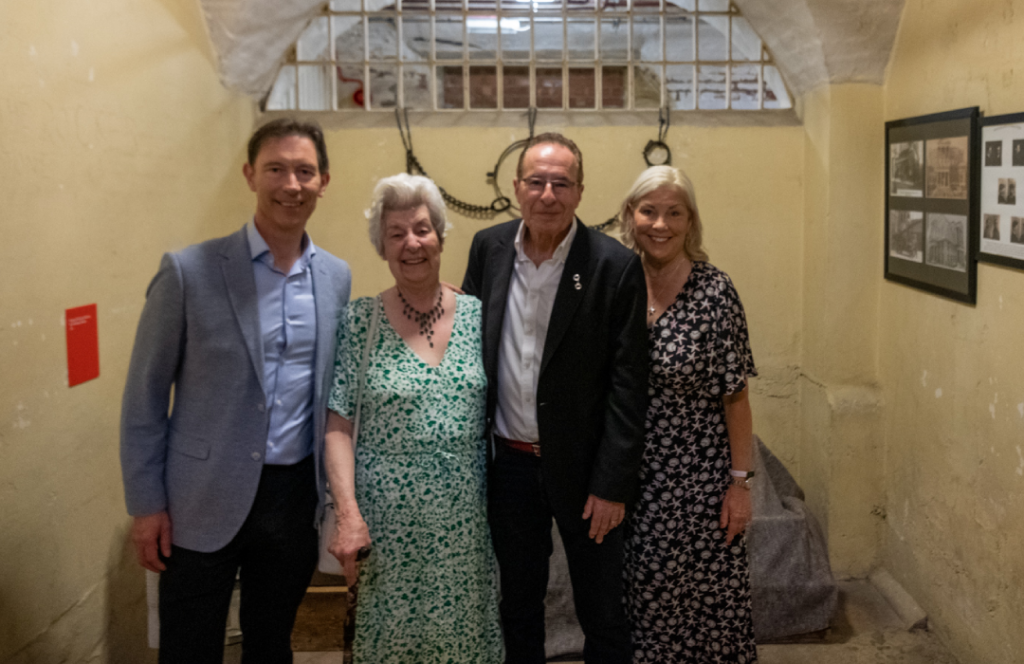 Crime writer Peter James, second right, is among those to have visited Pat Drake at the Old Police Cells Museum in Brighton

“Without doubt, Pat’s vision and innovation has enabled the Old Police Cells Museum to become what it is today and her foresight has ensured that it will live on as a unique and valuable curation of Sussex Police history.

“Thanks to Pat, residents and visitors to our county now have the luxury of being able to step into a time portal that educates, inspires and entertains.

“My very best wishes go with Pat in her retirement and I would like to extend a huge thank you, on behalf of the residents of Sussex, for founding such a fascinating museum that leaves an indelible impression on all who visit.”