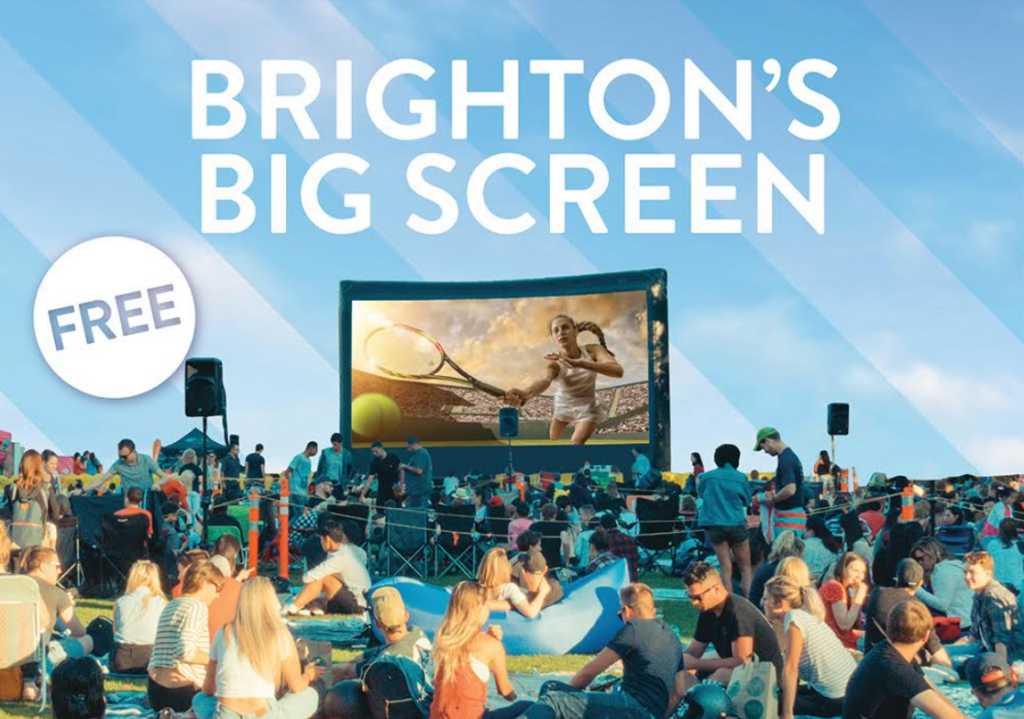 The Big Screen returns to Brighton Marina next week – in time for the start of Wimbledon.

There will be other live sport showing for free as well as a number of family films during the four-week run in the Village Square at the Marina.

The tennis will be the main attraction from Monday (27 June), with the organisers hoping that Britain’s no 1 Emma Raducanu recovers from injury.

If fit, the 19-year-old US Open champion should play her first round match on Monday or Tuesday, with the match scheduled to be shown live on the Big Screen.

The Marina first hosted its Big Screen five years ago and brought it back in the summer of the following years until the coronavirus restrictions prevented it from going ahead.

Brighton Marina marketing manager Sophie Chandler said: “It is fantastic to be welcoming back our regulars and a lot of visitors to Brighton Marina.

“The fact that we can offer Wimbledon live, other headline sports and family films for free is something we take pride in.”

After Wimbledon Live, Brighton Marina’s “Screen on the Green” will be showing family films such as Sonic the Hedgehog, West Side Story, Sing 2 and Reminiscence.

In between films there will be other live sports including top cricket and golf, the World Games, the World Athletic Championships and the Formula 1 French grand prix.

The Marina said that there would be no films showing during Wimbledon this year because of the number of live matches.

And, the organisers added, residents and visitors will be able to sample food, drink and ice cream from the various outlets around the Marina and in the Village Green.

The Big Screen is due to run from Monday 27 June to Sunday 24 July.