Brighton tennis player Sonay Kartal has been beaten in the first round of the ladies’ singles and doubles at Wimbledon.

The 20-year-old British number nine made her grand slam debut on Court 16 yesterday (Tuesday 28 June) when she lost in three sets.

And today she paired up with Nell Miller, from Kent, on Court 6 where the pair were beaten in a tight two-set match against Viktorija Golubic and Camila Osorio.

Kerkhove, ranked 135 in the world, lost the final of the women’s qualifying tournament for Wimbledon.

But the lucky loser ended up facing wildcard Kartal on Court 16 in SW1 after the late withdrawal of Danka Kovinic, from Montenegro, who pulled out with a lower back injury.

Kerkhove beat the British number nine 6-4 3-6 6-1 and is due to face top seed Iga Swiatek, the Polish world number one, tomorrow on Court 1.

Kartal, who currently has her highest Women’s Tennis Association at number 226, should earn about £45,000 for her three-set match.

She joined the ITF Women’s World Tour in 2019 and won her first titles last year. She has since picked up five more.

Today she had another outing at the All England Club where she and Miller were beaten 7-5 6-4.

After her singles defeat she said: “I have loved the experience and I have taken away lots to learn from that match.

“Six months ago, this wasn’t even a realistic goal for me. Things have kind of happened pretty fast and I’m just going to use this as momentum and try to carry on and hopefully be at the US Open.

“I believe my level is at grand slam level so it’s just fine-tuning little things. The grass has brought up a lot of things in my own game I’m working on. 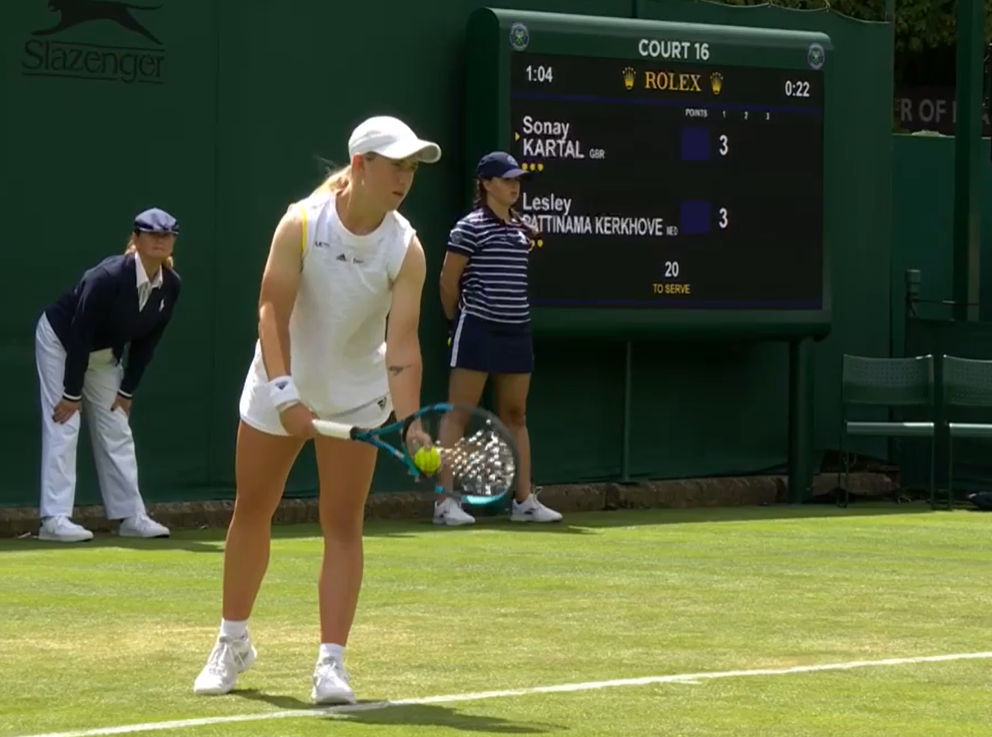 “There were a lot of nerves on the court. I tried my best to just kind of put them to the side and just kind of try and find the tennis.

“I had a lot of fun. I knew a lot of people in the crowd. Despite the outcome, I still loved every minute on the court.