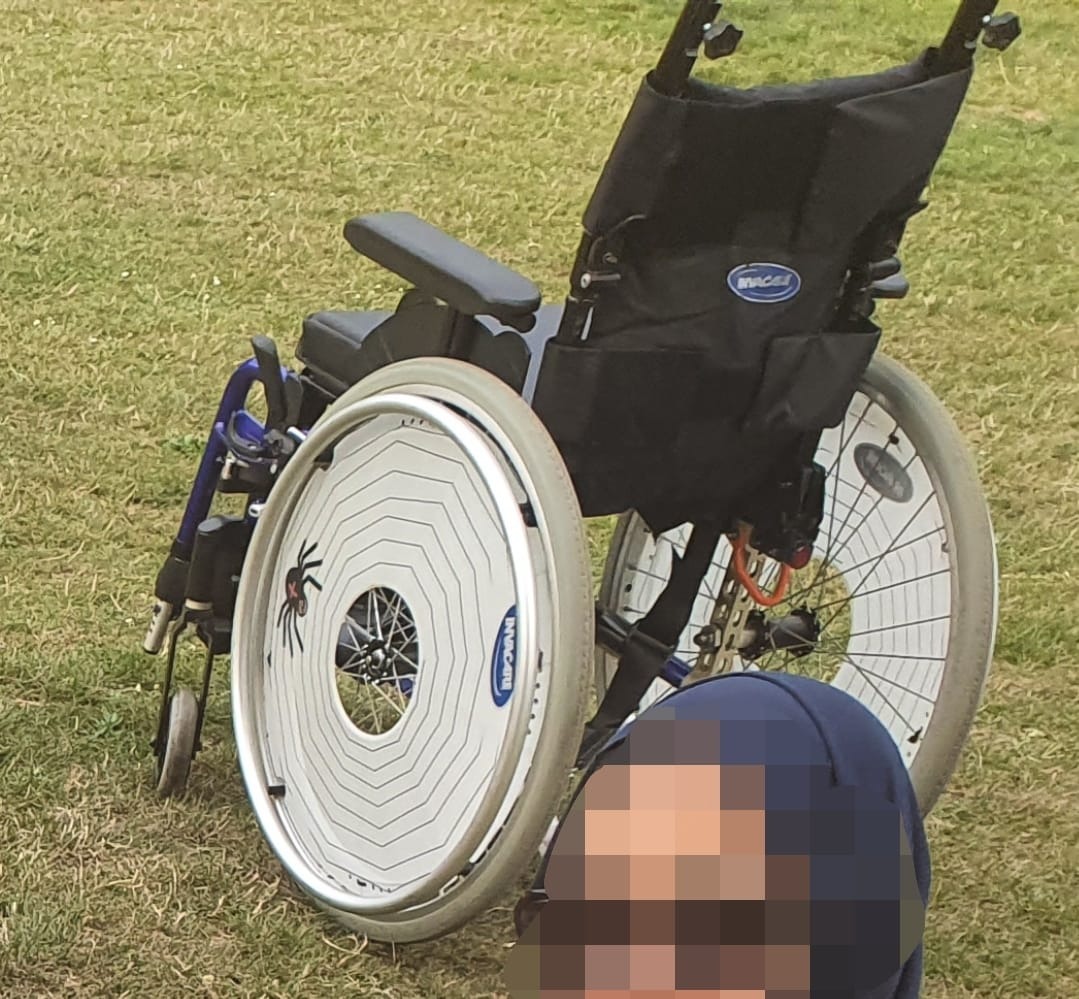 The theft of a teenage girl’s wheelchair from a family’s front garden has left a Bevendean family shocked.

The distinctive black and blue slim wheelchair with pictures of spiders on both wheels belongs to Nabiha Chowdury, 15, who has epilepsy and chronic fatigue syndrome.

It went missing from their gated front garden in The Avenue, in the early hours of Wednesday, 29 June.

Mum Shipa Chowdhury posted on Facebook asking for help from the community after being “shocked” to see her daughter’s wheelchair had been stolen.

The family had been travelling back from a holiday in Egypt late the night before and had unloaded the car while tired, mistakenly leaving the wheelchair in the garden.

Mrs Chowdhury said: “We’re gutted. We’re never so careless with such an important piece of equipment.”

She said that the family would need to buy a second-hand wheelchair so her daughter wouldn’t suffer too much disruption to her school work while waiting for another one from the NHS.

She originally asked for help on local community Facebook groups, and said she was surprised by the offers of contribution towards a new aid for Miss Chowdhury.

She wrote: “I can’t figure out which low life scumbag would steal a disabled person’s wheelchair. I mean how sick are they? My poor teenage daughter is now left without a wheelchair for outdoor use.”

The incident has been reported to Sussex Police and is awaiting a crime number.