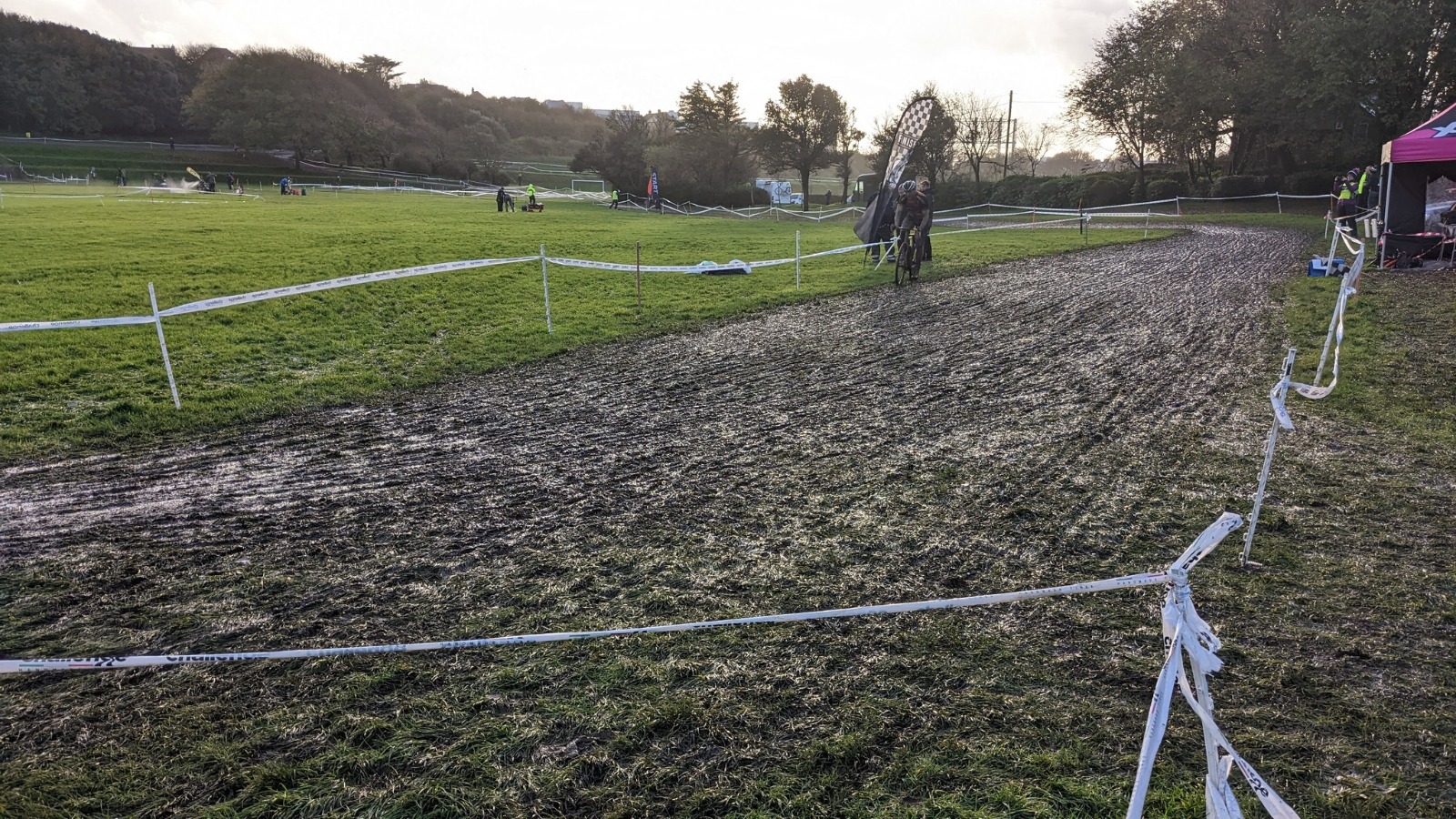 Despite heavy rain over the previous week, Brighton and Hove City Council decided not to call off the event. A representative of British Cycling also inspected the course beforehand.

This was the third time the event has taken place at East Brighton Park since 2018. The club says it will help pay for the cost of repairs, and the council has apologised, but said the damage is superficial. 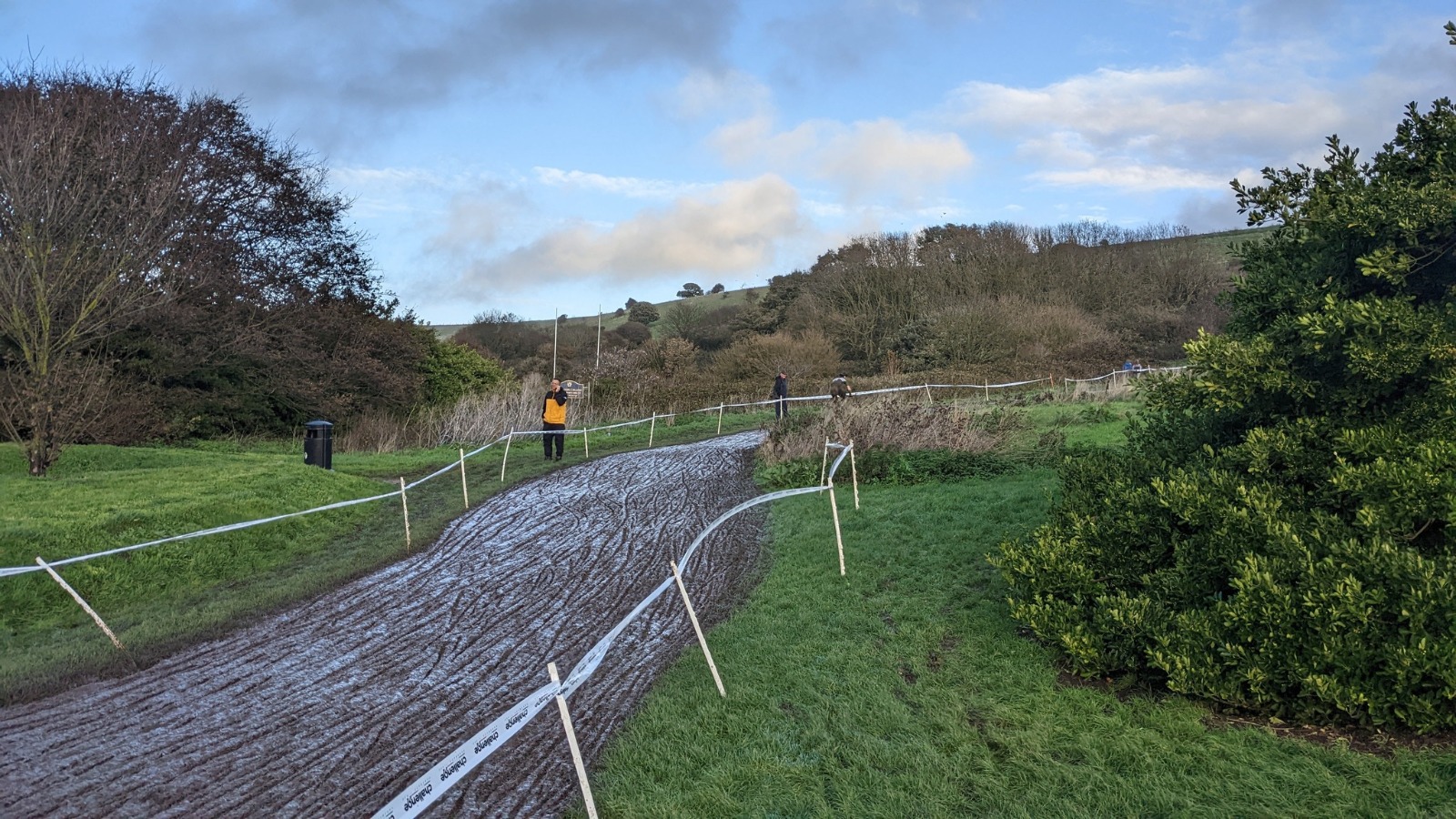 East Brighton Councillor Nancy Platts, who also helps organise the weekly Park Run event said she was “disappointed” the event was allowed to go ahead.

Cllr Platts said: “It’s council land, so my understanding is that normally if the council thought it was going to be dangerous or that it was going to cause damage they could say it can’t go ahead because the weather is too bad. They could have done that.

“Perhaps the organisers themselves could have looked at the ground and said ‘We’re going to call it off.’

“During the Park Run event we reverse the course during winter so we don’t use the areas where it gets really muddy so people don’t fall over.

“The risk is now that it’s already such a quagmire that it starts to get dangerous because too many people will slip.

“I’ve had loads of people write to me because they normally walk their dog, kids use the park and we’ve got fitness groups who regularly use the park and massive areas of it now are just mud.

“I just don’t think it’s acceptable to turn the park into that mud bath and I think a lot of people are really shocked by it.”

Clare Johnson from Brighton Mitre Cycling Club said: “The feedback from the participants, including many local children, was fantastic as was that from local businesses involved in the event (such as the café) so we’re very disappointed if our event has a negative impact upon other events that take place in the park.

“Cycling is a fun and healthy activity which should be encouraged but so too is Park Run and given a lot of our members are also park runners, we want to be able to coexist happily in the same space.

“The last time this event was held at East Brighton Park was also in the autumn in wet conditions but while there was some damage to the grass, it was not as widespread as on this occasion.

“That said, there were also complaints after the previous event about the state of the grass but, then as now, the grass will return faster than people realise.

“Ultimately, there will always be a risk of some short-term damage to grass from any event that sees large groups of people congregate in a small space – concerts, Pride etc. and team sport fixtures, such as the Rugby pitch in Hove Recreation Ground and it’s a case of getting the balance correct between the enjoyment of each event and subsequent park use.

“As for any future events, we would welcome the opportunity to work with the council and any other stakeholders to ensure it can continue in a sustainable way, for example holding the event earlier in the year when there is a higher chance of dry conditions.

“The council has indicated that there will be a small additional charge to cover some of the cost of ground repairs.”

Only one competitor was injured, but no further treatment was necessary according to the on-site first aid team.

A council spokesperson said: “We understand the concerns people are feeling about the paths at East Brighton park following the cycling event at the weekend.

“We gave serious consideration to calling the event off because of the weather.

“But we decided it should go ahead because it was a very valued and popular charity event that enabled hundreds of people young and old to enjoy the outdoors and improve their health and wellbeing.

“We know the paths now need some repair and we apologise to park users who are being affected by this.

“We will need to do some repair work and this will take place when the ground is drier.

“But ultimately the damage is relatively superficial and the grass land and paths will recover.

“Our parks are for residents and visitors to enjoy and there is space for everyone.”