A Brighton pub which closed five years ago has been sold to an investor based in London, property consultants said today (Friday 2 December). 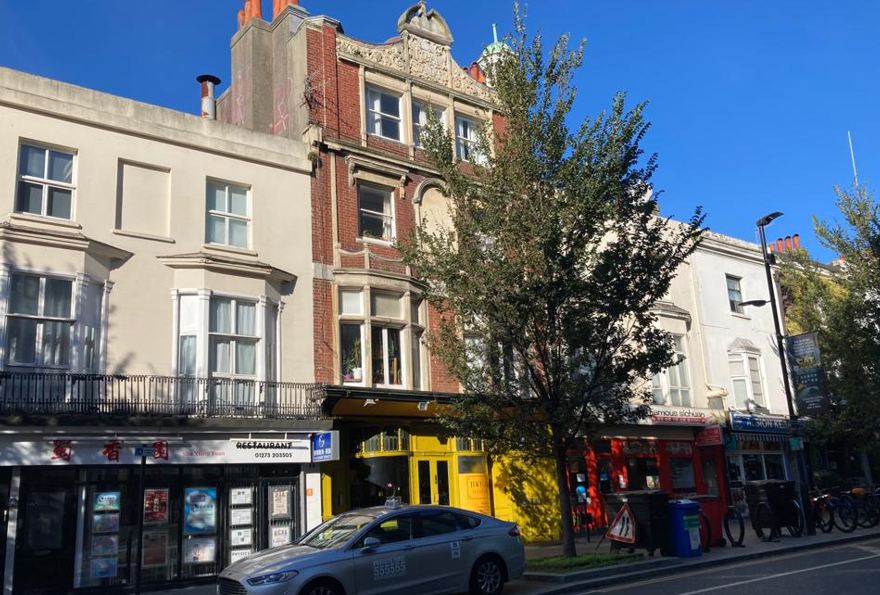 The Royal Standard in Queen’s Road near Brighton railway station

The new owner hopes to reopen the pub – the Royal Standard at 59 Queen’s Road – which was previously owned by Admiral Taverns.

Flude Property Consultants handled the sale of the five-storey mid-terrace building which is a short distance from Brighton railway station.

Flude said: “The pub was situated on the ground floor, with stores, toilets and a kitchen on the lower ground floor.

“The first floor provided a one-bedroom manager’s flat. The flats on the upper floors had previously been sold off, by way of long leases.

“This has been sold to a London-based investor who is looking to reopen the pub once the refurbishment works are completed.”

Flude director Will Thomas said: “I am delighted to have assisted Admiral Taverns with this sale.

“The property went under offer after a short period on the market and attracted some reasonable interest from cash buyers.”

Flude, one of the biggest independent firms of chartered surveyors in the area, added: “The sale represents the latest in a number of recent leisure transactions, with others to be announced in the coming weeks.

“While there is increased uncertainty relating to the market and specifically the leisure sector, Brighton still seems to be a popular destination for operators to be.”