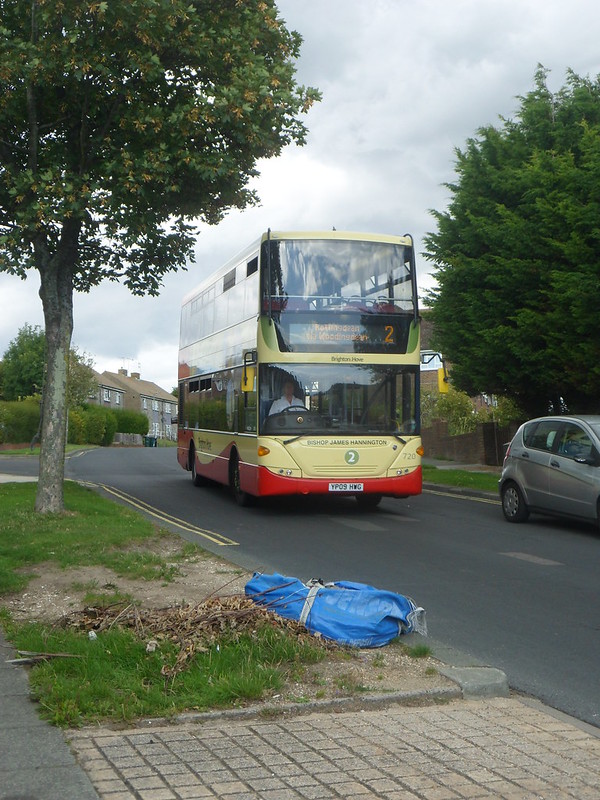 The number 2 bus in Woodingdean. Picture by Matt Davis

Passengers had to get off a bus after a window was smashed by ‘eggs and stones’ thrown at it.

The number 2 bus was driving through Woodingdean when an object smashed the driver’s window last Thursday (1 December).

No one was hurt, but the bus had to be taken off the road.

Passenger Jason Smart reported the bus was hit by eggs and stones while driving on Kipling Avenue.

Sussex Police is encouraging anyone with information to get in touch.

Alex Chutter, operations director at Brighton and Hove Buses said: “We are aware of an incident on Thursday, 1 December when the driver’s window of a route 2 bus was damaged near Rudyard Road.

“The bus was subsequently taken out of service and the incident has been reported to the police.

“Thankfully nobody was injured.”

Sussex Police said: “We received a report from a passenger on the number 2 Brighton and Hove Bus that an object had been thrown at the driver’s window causing it damage at about 6.15pm in Kipling Avenue, Brighton, on 1 December.

“No one was hurt.

“Anyone with information can contact police online or ring 101 quoting serial 97 of 02/12.”