BREAKING NEWS
Fewer stray dogs on the streets of Brighton and Hove during pandemic
Food bank row consumes councillors at covid ‘recovery’ meeting
Creatives collaborate on cultural recovery plan to drive investment for Brighton & Hove
Brighton Festival to begin a safe return for the arts in the city from May
The Great Escape 2021 cancelled, but will go ahead online
Reward doubled to £1k for wanted man who may be in Brighton
Hydrogen fuels push for clean energy revolution
Plans for new housing estate go back before councillors
Too many homeschooled children struggle to focus and lack the right equipment
Tech firm pledges faster internet speeds for Brighton and Hove as £80m project begins

Brighton TV presenter chosen to run for Parliament for Labour

Brighton TV presenter Sophie Cook has been chosen to run for a seat in Parliament by Labour at the general election on Thursday 8 June. 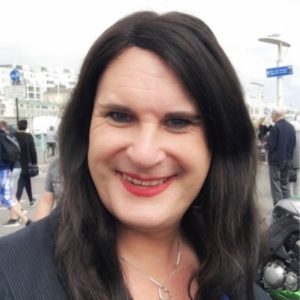 Britain’s first transgender newsreader has been picked to fight the East Worthing and Shoreham seat where she will take on the sitting Conservative MP Tim Loughton.

She tweeted news of her selection as candidate this evening (Sunday 30 April) as she prepared to hit the campaign trail.

On her website she described herself as “the first transgender newscaster on European terrestrial TV for Brighton’s Latest TV”.

She hosts Beyond The Rainbow, a weekly LGBT news and chat show and was the first trans woman to work in the Premier League as club photographer for Bournemouth.

She is also an ambassador for Kick It Out and patron of Just A Ball Game? and has spoken at Wembley Stadium and the TUC as well as being a hate crime ambassador for Sussex Police.

She speaks at conferences about LGBT issues and helps companies with inclusion and diversity and also described herself as “ex-RAF, motorbike racer, newspaper editor, Premier League football and rock photographer, self-harm and suicide survivor and transgender”.

It is with the greatest honour that I can announce that I am the @UKLabour Candidate for @LabourEWS #GE2017 https://t.co/Chf3mdT69F pic.twitter.com/wupzXKD2ii