An MEP for the constituency that includes Brighton and Hove faces more time in prison unless he pays back £85,000 in fraudulently claimed expenses. 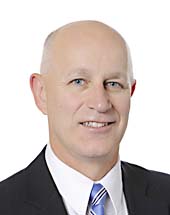 Peter Skinner, 58, the formerly Labour Member of the European Parliament (MEP) for South East England, was jailed for four years in April 2016.

At Southwark Crown Court, where he was convicted, he was ordered to repay just over £85,000 or have an extra year added to his sentence.

The disgraced politician was also ordered to pay costs totalling £50,000.

Skinner, of Snodland, near Maidstone, Kent, was investigated over claims totalling £480,000 to cover staff costs. He was convicted in relation to £100,000.

The jury at Southwark was told that he used public money to pay for luxuries such as holidays, including a snorkelling trip to Hawaii.

The former economics and business lecturer paid £10,000 a month to his ex-wife Julie from December 2007 until July 2009.

The court heard how he created a fake letter, claiming his father was working for him, to justify his payments of £5,000 every three months.

The scam was uncovered when researcher who worked for Skinner turned whistleblower.

Skinner was the second MEP for South East England to be jailed within two years for fraud.

In 2015 Ashley Mote was jailed for five years for also fiddling almost £500,000 in expenses from the European Parliament.

Mote, 80, was elected as a UKIP member but thrown out of the party when the fraud came to light. He carried on sitting as Independent MEP.

Den Dover, who represented North West England for the Conservatives from 1999 to 2009, was ordered to repay hundreds of thousands of pounds to the European Parliament in 2011.

Mr Dover, who also used to be an MP, paid six-figure sums to his wife Kathleen and daughter Amanda.

Former Brighton and Hove council leader Steve Bassam has been ordered to repay about £15,000 in expenses.

Lord Bassam of Brighton, the former Labour chief whip in the House of Lords, overclaimed travel costs while also receiving an allowance for staying in London on parliamentary business.

The House of Lords standards commissioner accepted that he had acted mistakenly and not dishonestly and that the rules had not been clear.