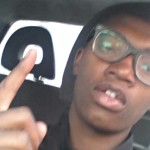 A 19-year-old from Brighton is believed to have been killed in Syria in the past 48 hours, the Guardian is reporting this afternoon.

The newspaper says two western fighters in Syria said Khalil al-Britani, whose real name is understood to be Ibrahim Kamara, died after a US air strike on Aleppo.

The former Varndean student’s mother Khadijah Kamara, 35, is quoted as saying she feels numb and confused.

Mrs Kamara, the manager of the Strive In The Way of Allah charity in Brighton, says Ibrahim called her from Syria in February, when she came close to disowning him.

She said he was a normal boy who showed no signs of radicalism, and that she had brought him up to abhor violence.

If true, Ibrahim will be the second Brighton teen to lose his life in the Syrian conflict this year.

Abdullah’s brother Amer has reportedly paid tribute to Ibrahim on his Facebook page.