Developers invited to put up plans for King Alfred in Hove

Developers are being invited to come forward with plans to build 400 homes and a new leisure centre on the site of the King Alfred on Hove seafront.

Brighton and Hove City Council is placing adverts in Estates Gazette, the property trade publication, and in the Official Journal of the European Union (OJEU).

The estimated number of homes – about 400 – compares with the 750 planned as part of the most recent scheme for the site.

The developer Karis was granted planning permission for a scheme which had the involvement of the architect Frank Gehry. Karis’s main financial backer, the bank ING, pulled out at the start of the recession. 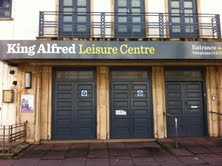 The council said that it was “seeking a developer to create a new high-quality leisure facility to replace Hove’s King Alfred Leisure Centre”.

It said: “Alongside could be a residential development of around 400 homes, subject to planning permission.

“These would be required to meet the capital cost of the leisure centre – as well as addressing the city’s acute housing shortage.

“Developers are being alerted to the development opportunity with a notice to the industry issued this week and a trade press advert on Saturday 11 October.

“A new leisure centre is essential to meet modern standards and public expectations.

“The current building, dating from the 1930s, is expensive to run at a time when the council is facing its biggest-ever funding cuts – needing to save over £100 million in the next five years.

“A council report in July 2013 estimated a new leisure centre would cost around £40 million.

“The authority points out councils have nothing like the available funds so a partnership with the private sector is the only way such a scheme could be delivered.”

The council set up a cross-party project board to develop the brief and oversee the scheme.

The project board chairman Councillor Geoffrey Bowden said: “Staff are doing a brilliant job at the current leisure centre.

“It’s been much improved but, with mounting maintenance costs, it really needs replacing with an up-to-date facility.

“We’re certain that a new leisure centre would be much more popular, be easier to maintain and so cost taxpayers a lot less to run. 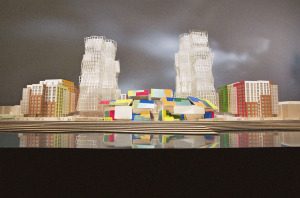 “There is nowhere near enough council money to buy a leisure centre outright so an enabling development and a private partner is the only option.

“But we need to make sure it’s an appropriate development for the site. Local people will be consulted to make sure their views are accommodated as part of the process.”

Last year the council’s Policy and Resources Committee agreed that the mix of facilities should include a swimming pool, teaching pool and children’s pool, a badminton hall with six courts, a bowls rink, a 70-piece gym, a workout studio and 180 parking spaces.

Last November people representing 29 teams attended a developers’ day with the council to discuss possibilities for the site.

A tendering notice alerting developers has been issued and should shortly appear in the OJEU – the usual place where councils advertise tenders for major projects under European rules.

An advert has been placed in Estates Gazette , the UK’s main property sector journal, for the end of this week.

Interested companies are invited to fill in a pre-qualification questionnaire. Copies are available from KALC@deloitte.co.uk or by calling 020 7007 6607.

The deadline for submissions is Monday 10 November.

The council said: “Up to five firms will then be invited for more talks and will need to demonstrate their experience handling such projects.

“A shortlist of companies invited to tender will be issued in April 2015.

“They will be required to show designs for a leisure centre and enabling development, prove its financial viability and demonstrate how the scheme would secure planning permission and be delivered.

“It is hoped to select a preferred developer in summer 2015.”

Members of the cross-party King Alfred Project Board are Councillor Bowden, Councillor Andrew Wealls, Councillor Warren Morgan and the executive director of the Brighton and Hove Economic Partnership Tony Mernagh.