Independent candidates to stand in Hove seat at local elections

Two Independent candidates have said that they will stand in Wish ward in the local elections next May.

Angus Gow and Mark Barnard, who both live in the ward, have started their campaign to win seats on Brighton and Hove City Council.

Mr Gow is a father of three young children who lives in Poets Corner. Mr Barnard was born and brought up in Bolsover Road, Hove, where he still lives.

Mr Gow said: “For years I’ve wondered what’s going on with our council and felt the general apathy most of us have towards local politics. 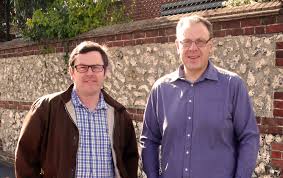 “Local residents need a voice, unhindered by party policies and national issues. All I care about is where I and my family live.

“I have never seen a councillor in my area. And it doesn’t seem to matter whether they are left or right, nothing is changing except the cracks in pavements growing more weeds and the piles of rubbish getting bigger with every strike. It’s time for a change.”

Mr Barnard said: “With the local elections looming, residents are beginning to receive leaflets from the usually silent elected representatives.

“Political parties compete with one another to take credit for the limited services in each ward.

“Wish ward is no different. A local spat has broken out between Labour and Conservative councillors to take credit for an extended residents parking scheme.

“Conversations with residents indicate that they are more concerned about their environment and quality of life than they are in party politics.

“They want to be heard and their views to count.”