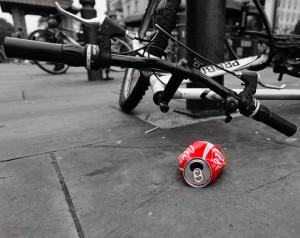 Twenty four Brighton and Hove street cleaners could lose their jobs as the service is mechanised and concentrated on the city centre, the GMB claims.

The union said that it was told by senior city council officers on Monday (2 February) that cost-cutting measures could include bringing in six to eight cleaning machines.

And that the council would carry out street cleaning in the suburbs, villages and estates on a reactive basis only.

Nine gardening posts at Cityparks are also thought to be under threat as part of the same plans.

Brighton and Hove News understands that the proposals are part of an alternative budget to accommodate a 1.9 per cent rise in council tax being drawn up to go before councillors next Thursday (12 February).

The Green administration has said that its preferred budget would mean council tax rising by 5.9 per cent.

However, council leader Jason Kitcat refused to confirm or deny the details, saying the full proposals would be published on Friday (6 February).

GMB Sussex Branch secretary Mark Turner said: “We have been told in the case of Cityclean and street cleaning there will be further reductions and it equates to 24 frontline street cleaner jobs.

“They will bring in six to eight machines and it will mean the city centre will get the focus. The suburbs, estates, Woodingdean and Rottingdean will be done as and when it’s necessary to be done.

“To lose 24 jobs will require compulsory redundancies. There’s not enough natural wastage in the system.

“We were also told these reductions won’t take place until (Wednesday) 1 July – nearly five months after the budget and two months after a local election.”

But Councillor Kitcat said that the union was making assumptions based on out-of-date figures.

He said: “The GMB comments are based on extrapolations from the draft budget proposal published for consultation in late November 2014.

“The administration’s final proposals will be published this Friday and they will have changed from last year’s draft versions.

“They will then go to Policy and Resources Committee and Budget Council for approval by councillors.

“Any party can seek to amend those proposals so it is too early to say with certainty what will be the final budget situation for any service area including Cityclean.”

Labour group leader Warren Morgan, who is pushing for a 1.9 per cent council rise in principle, said: “We are still waiting to see what choices the Green administration have made in terms of cuts to services in their final budget proposals.

“Residents don’t want their refuse, recycling and street cleaning services to get worse but services will inevitably deteriorate if the Conservative government cut another £25 million from the city council’s budget every year.”