Woman, 78, jailed for stealing from Saltdean widow and lifelong friend

A 78-year-old woman has been jailed for stealing £55,000 from a Saltdean widow who had been her lifelong friend.

Marilyn Brown had known Frances Tarne, also 78, since they were ten-year-old girls.

But, after Mrs Tarne’s husband died in 2010, Brown systematically defrauded her of almost all that she had in just four months.

Brown too control of Mrs Tarne’s finances and stole her Mitsubishi Colt car. She sent Mrs Tarner £75 a fortnight and cancelled her TV licence and Sky TV package. 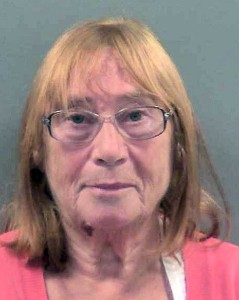 Sussex Police said: “The offences came to light when friends visited the widow at her home in Saltdean and found her living in squalor and reported their concerns to social services and police.

“Brown was arrested in June 2011 at her home in Dorset on suspicion of fraud and theft.”

Brown, of Waterford Place, Christchurch, Dorset, pleaded guilty to theft on the day of her planned trial in November.

And on Thursday (5 February) she appeared at Hove Crown Court where she was jailed for 18 months.

Judge Shani Barnes, the Recorder of Brighton and Hove, said: “Your old friend who you had known since childhood lost her husband and something in you went seriously wrong, because whether it was jealousy, whether it was greed or something else, you systematically stole from her all that she had.

“You removed her dignity, her confidence and everything she believed to be true.

“You took away her health, her money, her pension, her trust.

“If you were 20 years younger, you would be going to prison for three years, no question.”

Detective Constable Tracey Dixon, who led the investigation, said: “I remain astounded that the victim’s all but lifelong friend could be so callous and so cruel.

“She didn’t even order or pay for a headstone for her deceased husband’s grave.

“I am very pleased with the sentence that Marilyn Brown has received.”