The owner of a dilapidated building currently home to the Brighton Arts Club plans to knock it down and replace it with a conference centre. 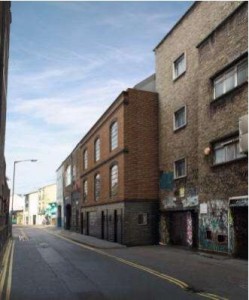 But this means the arts centre will have to find new homes.

In a revised application submitted last month to increase capacity, Mr Watts says: “The proposed development would comply with the aims of this policy by improving the streetscape and making the area more attractive for people to walk and cycle through.

“In providing accommodation for short-term lets and attractive spaces for social/cultural activities, the proposal would bring people into the area to stay and work, helping to revitalise nearby shops and businesses and making a positive contribution to the regeneration of the area.”

The new building would have ten short-term let rooms, function rooms in the the basement and on the third floor and a kitchen on the fourth floor. 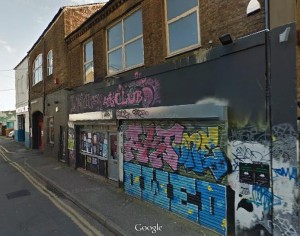 Pasha du Valentine, who runs the Brighton Arts Club, said she had expected to have moved long before now.

She said: “I have ended up here longer than I planned – I knew it was up for sale.

“Progress is progress. What James has said is that he’s going to be a good employer and it’s going to bring trade into the area.”

The arts club has now found new premises for art exhibits in Lewes Road, but is on the lookout for a venue to stage gigs and other events in.