Albion in the Community (AITC), Brighton and Hove Albion’s  community arm, hosted what was thought to be the biggest downs  syndrome players tournament ever staged in the south.

Paul Brackley, from AITC, told @bhcitynews that it had previously held down’s syndrome sessions. But this was first tournament that had been arranged.

Working with the Downs Symdrome Association, staff were aware that previous tournaments had attracted about 15 players. Yesterday more than 40 men and woman were invloved, with ages ranging from 4 to 40.

AITC hopes to hold similar future  events and use this as a launch pad to future sessions. More information can be found on the AITC website.

Albion boss Chris Hughton, who attended the the trophy presentations, told Brighton and Hove News how impressed he was with the club’s work in the community. He also thought that events such as these were very important and he was pleased that the club could use the facility for the local area and for teams as far afield as London.

Albion boss Chris Hughton chats to some of the players at the event on Wednesday 1 April at the Lancing training complex. 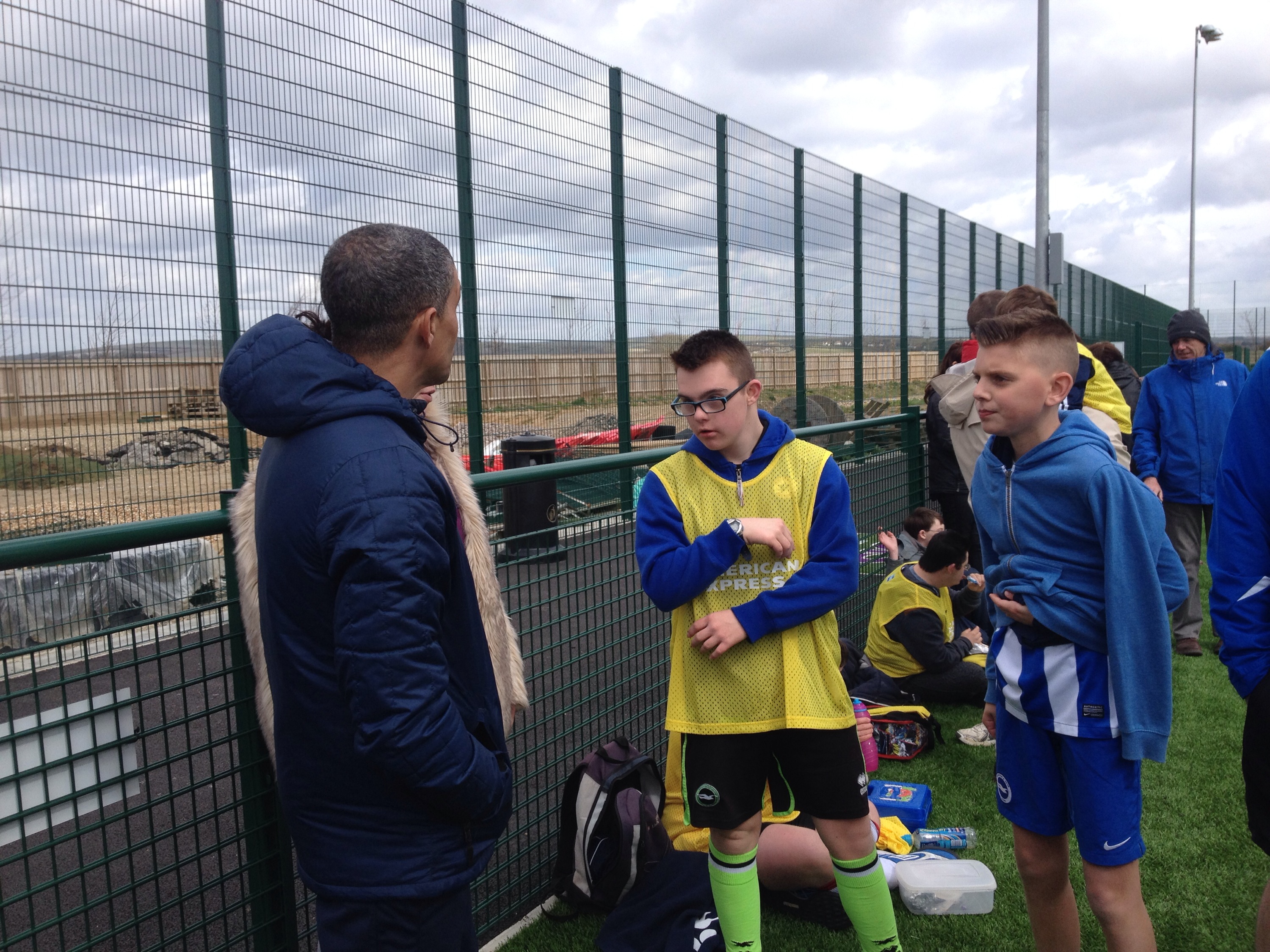