Coldean residents are discussing the possibility of evolving from a Brighton suburb into an independent village.

Robin Berry, of Coldean Community Forum, said that the idea was supported by the majority of residents.

He said: “At its heart this issue is all about having and encouraging a positive community atmosphere here in Coldean.

“Many people think a change to village status would help improve that.” 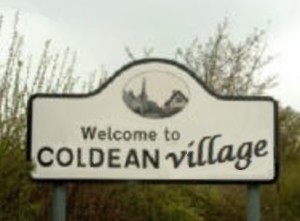 Ruth Allsop, media officer for Brighton and Hove Council, said: “If there was sufficient support then an application can be made to the Secretary of State to gain a parish council. As for village status, I would assume something similar.”

Others public figures in Coldean have spoken out in favour of a change.

Councillor Christina Summers said: “There is a reignited desire to examine this issue but it will not be easy.

“It will need not only a significant input from residents but an elected member who will really lead on this and not be put off, blocked, swayed or undermined by the council, which of course is always adverse to any kind of risk.”

The vicar of St Mary Magdalen Church, Betsy Grey-Hammond, said: “Although I’ve only been in Coldean for nine months, I agree with the residents I’ve met and spoken to that being a village would bring a greater sense of identity to our community.”

Older residents recall a time when Coldean was referred to in passing as the village.

Reginald Neville, 73, a warden at St Mary Magdalen Church, said: “As one approaches Coldean from the top of the lane you can see the whole community set in the valley and surrounded by hills.

“It’s quite apart from the rest of Brighton and this certainly gives a village impression.”

Coldean Community Forum meets at the New Larches Café, Waldron Avenue, on the first Tuesday of every month at 7pm. All residents are welcome to attend.