The fight for Brighton Pavilion comes under international observation

Brighton Pavilion has been chosen as one of six constituencies to be observed by an international group of MPs and electoral officials next month. 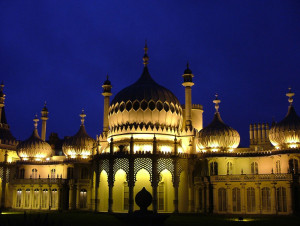 The group, from India, Jamaica, Namibia and New Zealand will spend six days in Brighton, from Sunday, May 3 to Friday, May 8, monitoring election day procedures.

The Election Assessment Mission says it has chosen Brighton Pavilion because it is a very close marginal, with the country’s only Green MP.

In 2010, Caroline Lucas won with a 2.4% majority of 1252 votes. However, the latest poll in January this year for the constituency put the Green party ten points ahead of the nearest challenger, Labour.

The team will scrutinise the opening of polling stations throughout the voting, to their closing, and the counting of ballots.

They will also meet with candidates from all the major parties, returning officers, local officials, community groups and other relevant stakeholders in order to assess the conduct of the election in Brighton, Pavilion and the environment in which it will take place.

The other five constituences to be observed are Birmingham Ladywood, Brighton Pavilion, Exeter, Glasgow East, Watford and Wirral West.

All were selected according to a number of criteria, including regional spread, economic diversity, ease of access, and representation of a number of electoral and demographic scenarios, e.g. Birmingham Ladywood has a high BME population whilst Watford is a three-way marginal.

Following polling day on 7 May, the mission will produce a preliminary statement outlining its principal findings, followed by a more detailed report which will include specific recommendations for improving electoral processes at future UK elections.

The preliminary findings will be released at a press conference taking place at 4pm on Friday 8 May in the CPA Room, Westminster Hall, Houses of Parliament.

The EAM is organised by the Commonwealth Parliamentary Association UK, following a small-scale observation of the 2010 general election. The 2010 report highlighted a number of areas for improvement at a national level, such as postal voting processes and the responsibility of the ‘head of household’ for registering the entire ‘household’, which have since been the focus of reform by the Electoral Commission.