A West Street bar has had its licence revoked by a Brighton and Hove City Council licensing panel after a series of incidents at the venue.

The panel revoked Oxygen’s licence today (Friday 1 May) after hearing from Sussex Police about the assaults, excessive drunkenness, unacceptable drinks promotions at the premises in West Street, Brighton, and customers becoming vulnerable as a result of drinking heavily at the venue.

After a test purchase at the premises during which two separate sales to 17-year-olds were witnessed by police officers, Sussex Police submitted a request to the committee that it reviewed the licence.

The request was supported by the council’s licensing team, environmental protection officers and trading standards. 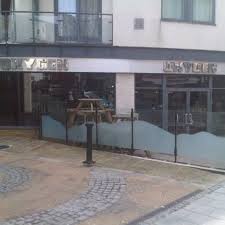 The premises licence had previously been reviewed in 2009 after three test purchases where children were sold alcohol on each occasion.

Additional concerns of the police were that the premises has a licence for a cafe/bar but that food had not been seen by officers.

Additionally, the cafe/bar conditions were not being kept to and intoxication levels were unacceptably high at the premises.

Sussex Police had originally requested a suspension of the premises licence and a reduction in trading hours.

But Oxygen’s Facebook page was still offering drinks promotions and encouraging irresponsible drinking the day before the hearing.

Jean Irving, the force’s head of licensing, told the panel that she had made a mistake by not asking for the revocation of the licence as it was clear the premises were still not taking the matter seriously.

The management from Oxygen said that they were working to change the premises to adhere to the licence conditions and told the panel that a reduction of hours or a suspension meant that the premises would probably go out of business.

The licensing panel said that it had no confidence in the management of the premises to be able to adhere to conditions following a series of serious incidents.

It noted that the numerous interventions by police and council officials had not been heeded by the management and said that it had no option other than to revoke the licence.

Oxygen has 21 days to appeal against the decision.

Jean Irving said: “The behaviour of the premises licence holder has been unacceptable and people have been harmed by his failure to take their obligations seriously.

“I have been involved in licensing for 13 years and during that time I have never seen such a consistently poorly run premises, whose focus seems only to make as much money as possible by selling as much alcohol as possible, regardless of the consequences and the harm caused.”

Sergeant Ben Hearth, from Brighton and Hove licensing team, said: “I had met with the premises management on a number of occasions in an attempt to bring up their standards but our warnings and interventions were not heeded.

“The committee’s decision reinforces our determination to address issues with any premises which fail to promote the licensing objectives and show a duty of care to their patrons.”