We need to work together, says Brighton and Hove’s former Green council leader

The last four years have been the busiest, most rewarding and, at times, the most frustrating of my working life.

I led the Greens to the party’s first local election victory in 2011, served a year as council leader followed by a year on the “chain gang” as mayor.

For the past two years I’ve chaired the Housing Committee and looked after the communities portfolio.

I’ve enjoyed the support of the great many dedicated public servants who work for the council.

It’s not easy for any minority administration, particularly one led by a convenor, rather than a leader, that reaches decisions by consensus and without a party whip.

However, I have no complaints. I believe most politicians, national or local, would rather be in power than opposition, however tough the circumstances. 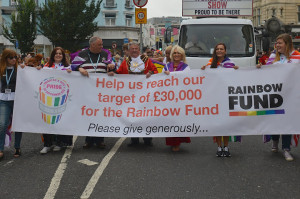 Despite the constant practical difficulties, it has been possible to achieve some political goals. I’m proud of starting the work that has seen the blossoming of the UK’s most successful living wage scheme, of helping to restart the regeneration of the city, which had come to a shuddering halt, introducing a scheme (long overdue) to ensure that every tenant in our senior housing schemes has their own shower or bathroom and playing a key part in seeing Brighton and Hove established as a nationally recognised and funded Film City.

Controversy, sometimes bitter, has erupted around some of the decisions we have taken, particularly anything to do with the motorcar.

Dire warnings were made about visitors turning their backs on the city because of parking charges but last year we had a record number of visits and life is generally safer for cyclists, pedestrians and motorists.

Like the administrations before us, we have not cracked all the refuse and recycling problems in the crowded inner city wards.

I believe there is a case for extending the successful participatory budgeting schemes Greens introduced in East Brighton and Hollingdean and Stanmer to these wards to allow residents and local councillors to decide how they would spend money to achieve improvements.

Residents, the Greens and Labour are already working together in Hanover and Elm Grove to produce a locally led scheme to reduce the parking problems and this is a better way forward than political stand-offs. I hope this can be a template for joint working on many fronts.

I suspect voters are sick to the teeth of political parties constantly attacking each other, particularly in the long run-up to the election that could change the face of UK politics.

The truth is, certainly at the city council level, everything works better when everybody works together.

It’s not always possible, and differences between the parties are seen at their most extreme at budget setting time and on key issues, among them parking, education and council house sales.

However, a general agreement is reached on many issues, among them the all-party support for a Green proposal that council tenants will not be evicted if they have rent arrears caused solely by the bedroom tax and the cross-party Estate Regeneration Working Group, which has guided the development of a programme of more than 200 new council homes.

I’ve had the great privilege of representing the People’s Republic of Hanover and the city at large for the past 12 years.

The 800 events I attended during my year as mayor confirmed my view that Brighton and Hove is remarkable place where many people are doing extraordinary things for their communities and neighbours.

I believe that councillors of all parties stand for election believing they can help make our city a better place. I wish all those elected next week good fortune during the next four years.

Deep central government cuts are promised which will affect the whole city. A rocky road lies ahead. To get down it, we must all work together.