An international Brighton boarding school is planning to expand by putting up a nine-storey building on a plot of land which has stood empty for several years. 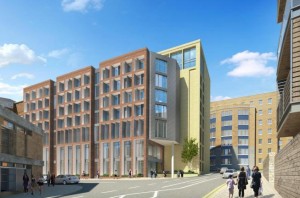 An artist’s impression of the Bellerbys College plans

Bellerbys College, run by the Study Group, is hoping to add to its facilities at nearby Voyager House in Billinton Way.

As well as extra learning space and offices, the site would include accommodation for students, aged 13 to 18, supervised by wardens. The plans are on show at a public exhibition today.

Study Group chief operating officer (COO) Mike Everett said: “We are very pleased to be working with Aros Architects and development partner Gilltown to bring forward proposals for the expansion of Study Group with a new building for Bellerbys College in Brighton.

“The land at Station Street has been vacant for over a decade and has been earmarked for development by Brighton and Hove City Council. We welcome the opportunity to reinvigorate the site and surrounding area. 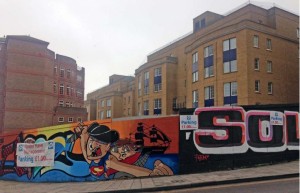 The vacant plot near Brighton Station which could house classrooms, offices and accommodation for language students

“Many people aren’t aware of the presence that Study Group has in Brighton but we hope to change that moving forward.

“We are therefore committed to working with Brighton and Hove City Council, local residents and businesses to ensure that they are kept informed as the plans for the site progress.”

The plans, drawn up by Aros Architects with development partner Gilltown, are for a block between seven and nine storeys high with a basement.

Study Group said that 120 full-time equivalent jobs would be created by the development, both directly and in the wider economy. Two disabled parking spaces will be provided in the car-free development. 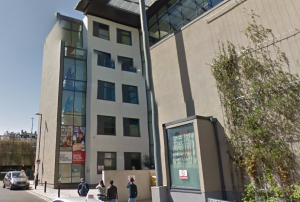 Bellerbys College, which has several sites in the UK, provides pathway courses for young people from overseas who are seeking entrance to British universities.

In recent years it has expanded to form a residential school for pupils from 13 upwards through GCSEs and A levels.

The site was used for a temporary Barratt Homes show home and offices in 2005 for the New England Quarter City Point development. Since then no applications have been received.

Today’s public exhibition is taking place at the college in Billinton Way from 4pm to 7pm.