A Brighton election candidate is swapping politics for poses by organising the second Brighton Yoga Festival. 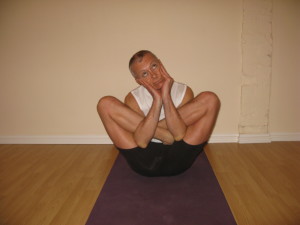 Davy Jones was defeated when he stood as the Green Party candidate for Brighton Kemptown in May’s general election by sitting Conservative MP Simon Kirby.

But he is now returning to his first love, yoga, along with festival co-founder Mikaela Perera of Kemptown Yoga, to build on the success of last year’s inaugural festival.

The event will once gain be held at St George’s Church on St George’s Road on Saturday, July 24, and will offer free classes and therapies from local yoga teachers.

Mr Jones said: “This year’s festival promises to be even bigger and better than the first one last summer, with an even broader range of yoga and therapies on offer.”

Ms Perera said: “There is such diversity within Brighton’s yoga scene, and at the festival we want to give a flavour of all the wonderful strands of yoga on offer, from Ashtanga to Yin.

If you’ve never tried yoga, you don’t know what you’re missing. And if you’re a practiced yogi, come and try a new style.”

Festival lead sponsor, The Float Spa, is based in Hove and offers floatation therapy and a range of yoga classes.

Camille Pierson, the spa’s managing director said: “Floatation therapy has incredible benefits, even more so when combined with yoga. I am incredibly pleased to be a part of Brighton Yoga Festival which encapsulates the wealth of yoga and complementary therapies we are so lucky to have in Brighton.”