The Hangleton Band held a reunion and concert to celebrate its 50th anniversary.

The brass band celebrated its golden anniversary at the Windmill Theatre, at Blatchington Mill School, in Hove.

More than 130 people came to the afternoon reunion to renew old acquaintances, look at old photos, take new ones and hear the band’s ten-piece formation perform. Some of the former members had a go at playing themselves.

More than 300 people attended the concert, including the Mayor of Brighton and Hove Lynda Hyde.

They were treated to a musical journey through the past 50 years, a timbrel routine and a fully automated youth band conductor.

One of the highlights was a solo by former member Alan Thomas who is now the principal trumpet with the London Symphony Orchestra. He is also a professor at the Royal College of Music and Birmingham Conservatoire. 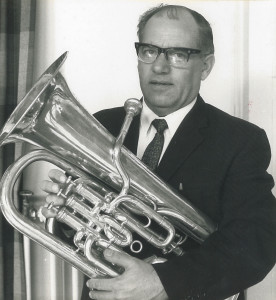 Some of the older members and former members shared memories of the man who started it all, Bert Osgood. The late Mr Osgood was for many years the deputy head of Hangleton Junior School.

The musical finale was familiar to many of the band’s fans and followers and former members – Hootenanny.

The band is currently looking for a principal cornet player and, as always, has a number of engagements lined up in the coming months.