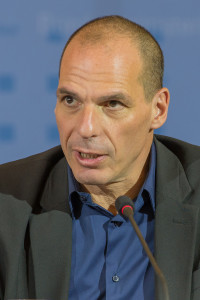 Ms Lucas, Yanis Varoufakis and John McDonnell MP are speaking at a fringe event at the TUC Congress, and will be joined by PCS general secretary Mark Serwotka.

They will debate alternatives to austerity at the Corn Exchange in Church Street at 8pm, after the first day of the TUC Congress which is being held at the Brighton Centre.

The meeting, organised by PCS and chaired by its president Janice Godrich, takes place on the day after the Labour party election result is announced on Saturday.