The former leader of Brighton and Hove City Council has become an “ambassador” for Hove online accountancy Crunch.

He is also expected to represent micro-business owners to give them a voice to influence government policy, Crunch said. 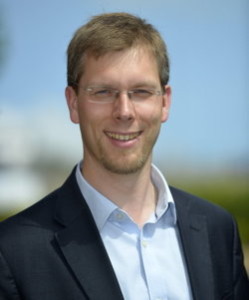 Mr Kitcat, who stepped down at the council elections in May, took part in a meeting chaired by Hove MP Peter Kyle at the Labour Party conference in Brighton last week.

They were joined by Anneliese Dodds, an MEP (Member of the European Parliament) for South East England, the constituency that includes Brighton and Hove, to discuss innovation in the tech and digital sector. Labour MPs Stephen Kinnock and Stephen Timms were also present.

Mr Kitcat is also submitting two responses to government consultations, calling for a simpler approach to the complex IR35 tax rules for the self-employed and proposed changes to travel and subsistence expenses.

He said: “Having started and run a number of my own businesses I know exactly how it feels to be taking the leap on your own.

“As Crunch’s ambassador I’ll be listening to the concerns of Britain’s small business owners and ensuring their voice is heard.

“Despite micro-businesses being 96 per cent of all UK businesses their needs are too often ignored and misunderstand by those shaping our economy.

“One of the first issues I’ll be tackling is the Chancellor’s planned changes to dividend taxes, which we believe will unfairly affect middle earners more than the higher earners.”

Crunch founder and chief executive Darren Fell said: “The freelance and micro-business community is one of the fastest growing, yet grossly under represented sectors of the country’s economy.

“Ill-conceived legislation like IR35 already creates a huge compliance headache for the freelance community and, based on the amount our clients pay every year to stay compliant, is costing the sector around £6.5 million a year.

“With this government’s plan to strengthen the legislation, these figures will only go up.

“We are delighted to be working with Jason to finally give the UK’s freelancers and small business owners a powerful voice in government.

Mr Kitcat started his first businesses as a teenager at school, developing software and servicing computers.

He went on to found and co-found a number of digital businesses serving sectors such as educational alumni associations, online recruitment and business consultancy.

He served as a Green councillor for eight years and spent his final three years as council leader.

During his spell as leader Mr Kitcat also served on regional and national boards promoting business and economic development.

The accountancy said that he was now campaigning with more than 45,000 micro-businesses that were part of Crunch’s community to represent their voices to government.