East Sussex Fire and Rescue Service were called to reports of a fire in Kemp Town, Brighton this morning. 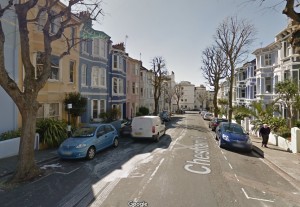 Four appliances, from Preston Circus and Hove, and one officer attended the incident on Chesham Street at 11.15am on 8 October 2015.

Crews wearing breathing apparatus used one hose reel jet to extinguish the fire which had start in a first floor flat.

One casualty who was suffering from smoke inhalation has been taken into the care of South East Coast Ambulance Service.

A fire investigation is in progress to establish the cause of the incident.