More than 50 run down Brighton and Hove buildings have been smartened up after their owners were contacted by the council’s planning enforcement team. 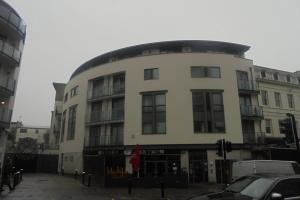 This building, part of the Avalon housing development, was cleaned and restored to its original buff colour after officers spoke with it owners.

The building, also home to the Oxygen shot bar which narrowly avoided losing its licence last month, had become a nasty grey colour despite only being about ten years old – no doubt due in part to its proximity to the Clock Tower, which has the city’s highest levels of air pollution. 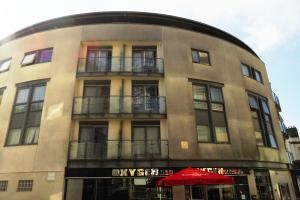 Last year, 54 properties in poor condition were investigated using powers under Section 215 of the Town and Counry Planning Act, including many along the seafront and London Road.

Most of these were improved by successfully negotiating with property owners, with only 16 having to be taken further to formal notice.

Councillor Julie Cattell, chair of the city’s planning committee, said: “This work is so important because it identifies properties that have fallen into disrepair which considerably affect the appearance of a place and the people who live there.

“The proactive work and negotiation by the enforcement team has achieved a significant result in a number of properties to the benefit of the city and its residents.”

The council’s officers first write to property owners in an attempt to negotiate positive works to a building or land. If this fails they can serve a Section 215 notice to require owners to take action and restore their properties or clean up land.

Among the houses written to last year were properties along Viaduct Road, which led to two houses being spray painted by renowned Brighton graffiti artist AroeMSK.

These were themselves subject to a planning investigation, but no action has been taken.