The campaigners hoping to revive the fortunes of the Hippodrome in Brighton have called a public meeting this evening to share their plans and report on progress.

The meeting is open to the public and is due to start at St Paul’s Church, in West Street, Brighton, at 6pm this evening (Tuesday 1 December).

The campaigners have set up a community interest company (CIC) called the Brighton Hippodrome CIC and have begun to identify sources of funding to buy the building and restore it. 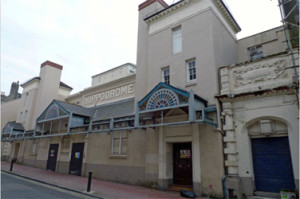 The current owner, the Academy Music Group (AMG), is thought to have paid £2.1 million for the freehold – the building and the land – earlier this year.

It stepped in after a developer’s plans for a cinema and restaurants complex fell through.

AMG, which owns the Brixton Academy among a chain of live venues, wants to sell the property. But in the summer the company agreed to work with the CIC and Brighton and Hove City Council on a viability study.

Based on the study the CIC believes that it would cost about £8 million to restore the venue or £13 million to bring it back into use as a live performance venue.

A full-scale makeover which would enable the venue to host, say, West End style musicals could cost as much as £30 million.

CIC director David Fisher said that he and his colleagues had also identified potential funding sources including the Heritage Lottery Fund.