Smoking ban on Brighton beaches set to be dropped

Controversial plans to ban smoking on Brighton and Hove’s beaches and in its parks look set to be dropped by the council after a huge public response. 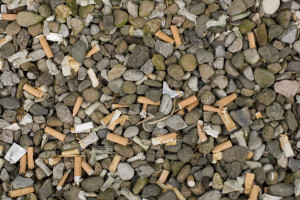 Almost 2,000 people responded to the online consultation, two thirds from city residents and just under a third from visitors, with community groups, businesses and others making up the rest.

Just one in five supported a smoking ban in parks, historic gardens and beaches, with a strong majority strongly disagreeing. Even amongst non-smokers, there was no majority support for a ban.

A report on the consultation said: “Opposition to extending smoke free outdoor spaces falls mainly in to three camps, the perception that, there is no evidence that second hand smoke is harmful, the perception, of negative effects on the local economy and human rights/big brother/Nanny State.

However, it added: “There is support amongst Brighton and Hove non-smoking residents for restaurants and pubs to have smoke free outdoor spaces and the majority of all residents who responded agreed that it was antisocial to smoke where people are eating and drinking.”

And about three in four people agreed that smoking should be banned in play parks, children’s centres and at school entrances.

Smokers were significantly over represented in those responding to the survey compared to the city average of 23%, with the rate amongst non-resident respondents rising to 52%.

The report, due to be discussed by next Tuesday’s health and wellbeing board, recommends that the council encourages primary schools to implement a voluntary ban at their entrances, and continue its voluntary ban on smoking in playgrounds and at the entrances to children’s centres.

It also recommends the council work with restaurants and pubs to encourage smoke-free outdoor areas on a voluntary basis.