A man who made more than 100 nuisance calls to Sussex Police in the space of one month has been given community service and fined. 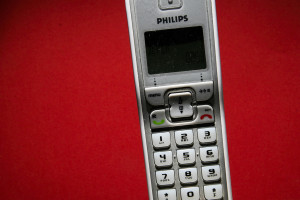 David Peapell, of Dyke Road in Brighton, made a total of 108 calls to the 101 non-emergency number and sent 56 text messages to an officer between 30 July and 2 September.

This was despite him being issued with a warning letter about his unnecessary number of calls in October 2014.

The 48-year-old, who is unemployed, pleaded guilty to persistently making use of a public electronic communications network for the purpose of causing annoyance, inconvenience or needless anxiety to employees of Sussex Police when he appeared at Brighton Magistrates’ Court on Thursday (3 December).

Contact centre investigator Sarah-Louise Gliddon said: “Mr Peapell has been a persistent caller for a number of years and was given a warning by the local policing team in October 2014 to only make contact with police to report a new incident or an emergency which required police response.

“He ignored the warning and continued to make excessive calls to police on the 101 non-emergency number, and excessively text the police officer who had dealt with him.

“The volume and the frequency of Peapell’s calls impacted the contact centre’s ability to provide a service to the public, who genuinely needed police assistance or attendance whilst he was calling.

“We now actively pursue persistent callers, issuing them with warnings about how their unnecessary contact affects our ability to service other members of the public trying to report police incidents on the 101 number and 999 emergency lines.

“People who contact us persistently will be dealt within the context of an offence of wasting police time and face court if they continue to make unnecessary contact stopping us dealing with the public that do need our assistance.”

Peapell was sentenced to a 12-month community order. He was also fined £40, and ordered to pay a £60 victim surcharge, £50 in costs and a £150 criminal court charge.