A private members’ club can open on Brighton seafront after planners approved a revamp of The Terraces immediately to the east of the Sea Life Centre.

It is expected to be one of the occupants after a £60 million development on the prime seafront site that will also include restaurants which will be open to the public.

Some of the existing units would be refurbished and others demolished and replaced, including with “two new pavilions above at upper tier level”. 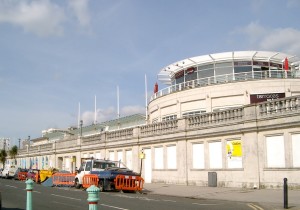 Neighbours, civic societies and ward councillors were among the objectors who wrote to Brighton and Hove City Council.

The policy, he said, was aimed at protecting the skyline and views of the seafront.

Professor John Watts, representing Legends bar and local hotels, said that the plans would lead to “a loss of amenity”.

It would affect their viability because, he said, their rooms were priced according to sea views and those sea views were at a premium.

Ward councillors Karen Barford and Dan Chapman sent a formal letter of objection. It said: “We are writing to object to the planning application.

“While we feel strongly that the site needs redevelopment, we cannot support the current planning application for the following reasons.

“We therefore urge you to reject this planning application on the basis of the above reasons.”

Mr Coomber said: “This project the opportunity for full occupancy of this site for the first time.

Camelford Street views are marginally improved by the project.

“The loss of view issue is highly misleading – I would urge members to set aside the inflated and misleading visuals presented to you just now.” 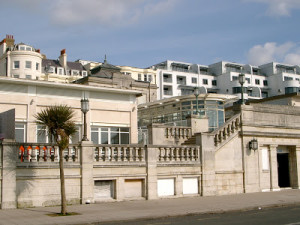 Mr Coomber said that all views from hotel bedroom windows would be retained.

He added: “The Terraces as they stand have never been successful and you have the chance to day to put that right – and to say loudly today that we are open for business.”

He said that Soho House, the proposed occupant, had a business model which was already successful in Berlin, New York and Hollywood – and wanted to add Brighton to that list.

A report to the Planning Committee said: “The proposed development on the site would provide two modern buildings of an acceptable scale, mass and design and the refurbishment of existing restaurant units.

“The proposed use is considered to be appropriate for the location and consistent with development plan policies.

“The proposed new structures on the site would have an impact on the current openness and this would affect the identified character of the conservation area at this point. 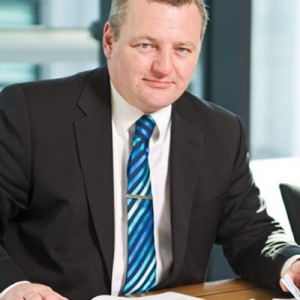 “Due to its relative scale it is not considered that the new building will have a harmful impact on the setting of the buildings on the north side of Marine Parade.”

The report suggested that the public benefits of the scheme would outweigh the harm which was less than substantial.

It added: “The heritage benefits to the public from the development of this underused and deteriorated structure are the repairs to the historic masonry balustrade, the filling of the gap in the railings and improvements to the façade.”

Councillor Joe Miller said: “This will help put Brighton on the tourist map.”

He said that the precedent of building above the line of the upper promenade had already been set. The applicant had at least proposed a gap between two parts of the site.

Councillor Carol Theobald welcomed the scheme, saying: “What is there at the moment is an eyesore. Nobody goes down there.”

Councillor Leo Littman was worried that the committee might fall into the trap of following politicians’ logic: “Something must be done. This is something. Therefore we must do it.”

He said: “Our predecessors in 1998 might have thought they were doing something wonderful when they agreed that the much-loved Concorde could be knocked down.”

He had nothing against the proposals although he was unpersuaded that the seafront needed more clubs, bars and restaurants.

Councillor Adrian Morris said: “This history of this site is that it hasn’t been a success since 1994. The reason it hasn’t been successful is access from the upper road down to the lower seafront terrace.”

He asked for the application to be put on hold to find out why proper maintenance of the historic parts of the site – such as the balustrade – had not been carried out.

Councillor Maggie Barradell said that she was concerned about the impact of the proposal, particularly the loss of views of the pier.

Councillor Lee Wares said that the site was an important part of the seafront but was in a poor state now and that the application would improve the situation.

He said that if the application were refused, there was no saying when a viable scheme might be proposed. This would not be satisfactory either.

He added that views would be obstructed for a relatively short length of the seafront.

Councillor Jayne Bennett said: “It will be a vast improvement to the area.”

Councillor Julie Cattell, who chairs the Planning Committee, said that the scheme offered an opportunity that should be taken.

Some members of the committee wanted a lift included in the scheme but were given legal advice suggesting that such a condition might not be reasonable.

The committee approved the application by 7 votes to 4 subject to conditions, including the reinstatement of the – refurbished – listed railings on the upper prom.