A Brighton MP says new powers to tackle antisocial behaviour in 12 Brighton and Hove parks and open spaces could lead to travellers being pushed to other sites. 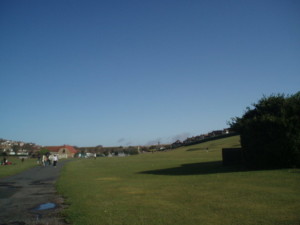 Brighton Kemptown MP Simon Kirby has welcomed the consultation on public space protection orders, which will give the council more powers to deal with antisocial behaviour such as living in tents and vehicles, flytipping and defecating.

But he is calling for the number of protected spaces to be increased, saying the measures will instead push camps onto other sites such as Saltdean Oval, Beacon Hill and Happy Valley in Ovingdean and Bexhill Road in Woodingdean.

Simon said, “It is great news that BHCC have decided to ask local people their views on unauthorised traveller encampments.

However, both myself and local residents in Brighton Kemptown and Peacehaven feel that having a list of just 12 sites would just mean that unauthorised traveller encampments would move to sites not on the list such as Saltdean Park/Oval, Beacon Hill Nature Reserve, Happy Valley and the land in Bexhill Road, Woodingdean.

“These sites have suffered in the past as much as those on the council’s list. This is an issue that has been going on for years and thousands of local people have already signed my petition which I presented in Parliament last year.”

“I am hoping that the Council will listen to local residents and extend the list to cover the additional sites above and indeed all public spaces.”

The 12 parks included in the consultation are:

A council spokesperson said: “It is a government requirement that these powers are used proportionately, and for all areas proposed there has to be a clear justification in terms of evidence of repeat anti-social behaviour.

“The consultation has just begun and we welcome all views, including all our city MPs.”