The former Brighton and Hove Albion manager and Busby babe Freddie Goodwin has died in America at the age of 82.

Goodwin managed the club for the best part of two seasons from 1968 to 1970. He led the Albion to a 12th place finish in the old Third Division – now League One – and a year later the side ended up fifth. Kit Napier and Allan Gillivan were the top scorers.

The club said today (Monday 22 February): “Brighton and Hove Albion is saddened by the news that former manager Freddie Goodwin has passed away. 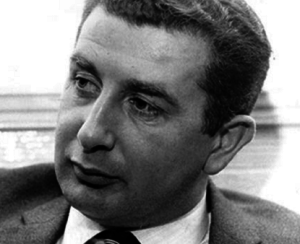 “As a player, Goodwin came to prominence as a member of the Busby babes, although he was not on the plane involved in the Munich air crash.

“He made 106 appearances for the Red Devils, plus another 120 for Leeds United, before injury curtailed his playing career and he took his first steps into management at Scunthorpe United, aged just 31.

“Goodwin continued his managerial career at US side New York Generals but in November 1968 he replaced Archie Macaulay at the Goldstone, and guided the struggling side away from relegation at the foot of Division Three.

“The team’s improvement continued the following year as Albion topped the table at Easter, only to narrowly miss out on promotion at the end of the season.

“Goodwin’s exploits garnered attention from elsewhere and he left the club in the summer of 1970 to join Birmingham City, whom he subsequently led to promotion into Division One and two FA Cup semi-finals.

“The thoughts of everyone at the club are with Freddie’s family and friends at this sad time.”

Goodwin was part of title-winning side in 1956 and 1957 at Manchester United but he was left out of the squad for the European Cup match against Red Star Belgrade. Seven United players died when their aircraft crashed while trying to take off.