Mr Grillo, 42, who now lives in Mexico City, has covered the murderous rise of the drug cartels since the turn of the century.

His book is subtitled Drug dollars, killing fields and the new politics of Latin America. 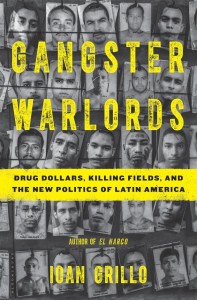 Somehow he manages to provide a detached overview of a vast subject in faraway lands with passionate and compassionate detailed reporting.

The audience at the Blue Man, in Queen’s Road, Brighton, can expect warmth and humour despite the horrific brutality of the subject matter.

But despite the hundreds of thousands of deaths and the frightening violence – some of which he has seen at first hand – Mr Grillo explores solutions and concludes: “I think there is always hope.”

He is quoting one of his interview subjects – and they come from all sides. He has been threatened, and given the number of journalists to have been killed in Mexico in particular, he is aware of the risks and reports with care.

Mr Grillo has already appeared on The Vote on Latest TV this week. He told the programme yesterday (Monday 22 February) about the experiences that underpinned his new book.

It was released here just over a week ago and four years after his first book El Narco looked at the rise of the drug cartels in Mexico. His new book covers a continent.

Mr Grillo remains acutely aware of the link between the casual consumption of recreational drugs in places like Brighton with the violence and death where the drugs are produced.

Even while living locally, he was aware of the high price some people paid. Four of his friends died from taking heroin in the years after he left Lewes Priory and Brighton, Hove and Sussex VI Form College (BHASVIC) but before he moved abroad. 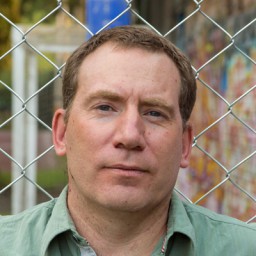 He spent a stint as a porter at the Royal Sussex County Hospital in Kemp Town before trying his hand at journalism.

And now he is back, briefly, seeing family and friends and promoting his book.

At the Blue Man tomorrow at 7.30pm Mr Grillo will present and discuss his new book, the drug war and the humanitarian disaster that it has unleashed.

For more information about Mr Grillo and his work, visit www.ioangrillo.com.