Albion demolished Leeds in 20 brilliant first-half minutes then sat back and literally put their feet up.

The game was fairly evenly matched for the first 15 minutes as Lewis Cook and ex-Albion midfielder Liam Bridcutt looked dangerous for the visitors.

Then as the already booked Liam Rosenior scampered into the penalty area he was upended by Liam Cooper. Tomer Hemed coolly dispatched the resulting penalty with a chip straight over the head of Marco Silvestri.

Not long after Anthony Knockaert raced through the Leeds defence and even though he appeared to stumble referee Bankes gave Albion a free kick.

Beram Kayal fired through the wall and Silvestri made the save.

Albion had learnt that Leeds just couldn’t cope with being attacked at pace. Sam Baldock exchanged a one-two with Dale Stephens then the diminutive striker powered into the box and prodded Albion into a two-goal lead, with a little help from Cooper’s leg. 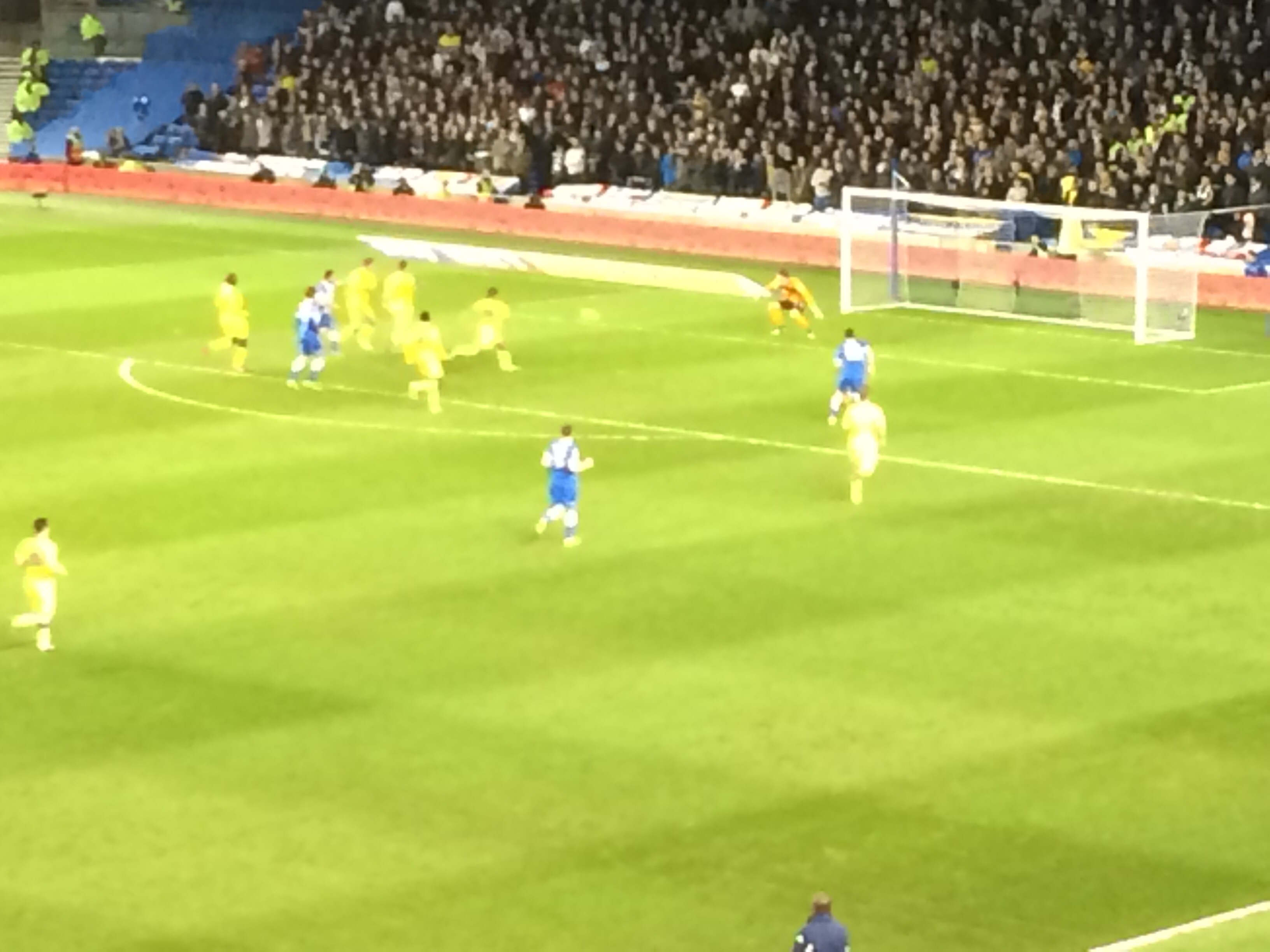 Bridcutt was trying to create for Leeds and also trying to get young Liam Cooper into the match.

But Albion were in no mood to concede and Jamie Murphy continued to torment Sol Bamba. His cross was not dealt with by the Leeds defence and Hemed slammed home the loose ball from an angle to put the Albion into three goal lead.

Rosenior down the left and Murphy down the right were making the Leeds defence look static. Rosenior made another foray into the Leeds penalty area and won another corner.

Stephens’s inswinger was met perfectly by Dunk who put Albion into an unassailable four-goal lead with six minutes of the first half left.

However, any thoughts of a record Amex score were quickly extinguished early in the second half when it became apparent Albion were already satisfied with thier evening’s work.

There haven’t been many times in the Albion’s history where they can nonchalantly and leisurely stroke the ball around against Leeds United.

Cook had a couple of efforts from free kicks outside the area sail over Stockdale’s bar. And Soulymane Doukara’s shot from outside the area got a rousing if not ironic cheer from the Leeds fans, being their first on target as Stockdale easy collected it into his midriff.

James Wilson came on for Albion followed soon after by Steve Sidwell and Jiri Skalak.

Skalak tried hard to make an impression, too hard at times, slicing a tight angled shot well wide, when well placed to cross the ball into the six-yard box.

The Czech striker also found himself one on one with Silvestri but tried to side step the keeper and eventually fell over.

Sidwell also had a chance to score a fifth but just couldn’t connect with Bruno Saltor’s cross.

Dunk and Conner Goldson were excellent again, with Dunk taking the ball from a free-running Lee Erwin with great timing. Towards the end Albion had a go at getting a fifth as Chris Hughton encouraged them to attack Leeds.

Albion were comfortable winners in front of an impressive crowd of just over 25,000 on a Monday night live on Sky.

Unconfirmed reports suggested that Steve Evans was relieved of his duties soon after full time.

Albion look towards Preston on Saturday (5 March) at Deepdale.