Everyone at Brighton and Hove News was saddened to hear of the death of Jarrod Marchant, the founder of a Facebook page in homage to Brighton’s best known 80s nightclub, earlier this week.

In tribute to Jarrod, here are 10 things you might remember about Coasters and the Top Rank Suite.

1) Coasters was open from late 1981 to early 1986 and was the place to be for young Brightonians. On some nights admission was as much as 50p. The club/bar was situated under the Odeon cinema then known as the Kingswest on the corner of King’s Road and West Street. 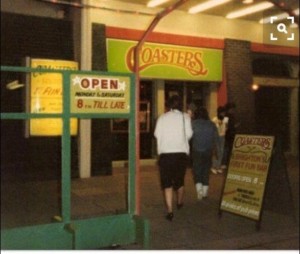 2) The venue was formerly known as Jenkinsons and catered for an older cleintele than Coasters, which was aimed at the late teen Brightonian.

3) Coasters’ resident DJ was Rory, a moustachioed chap with a penchant for leather trousers. 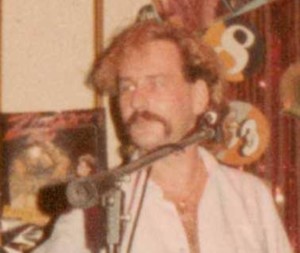 Rory also liked a bit of a dance. 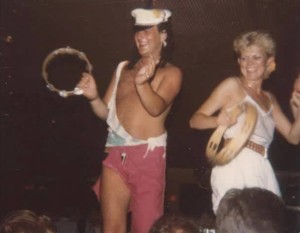 4) If you got there early admission was free and drinks were cheap. 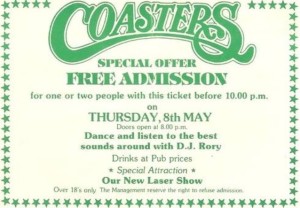 5) Performers such as Bananarama and Divine appeared at Coasters, as did semi-resident band The Liquorice Allsorts … 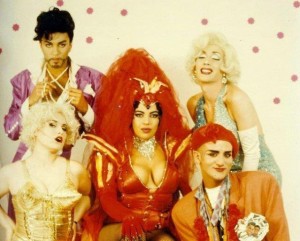 … who had a remarkably convincing Prince lookalike.

6) The Top Rank Suite was around the corner in West Street and was for a slightly older clientele. Now Pryzm virtually occupies the sites of both venues – and ironically a Costa Coffee now occupies part of the Coasters site. The Coasters Facebook page have arranged a reunion at Pryzm on 30 June this year.

7) The Suite or Event as it became, was the biggest of Brighton’s nightclubs, with a 2000 capacity.

8) Coasters had general assistants, the Suite had “bouncers”. Anyone under 18 needed to know their false date of birth, star sign and year they left school. Off by heart.

9) On Saturday 21 May 1983 both venues advertised post Cup Final parties. The Suite’s advertisement read: “Win or lose, we’ll be celebrating tonight.” Brighton was a frenzy that day. 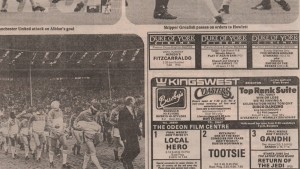 10) Take That appeared at The Event in 1990 before they were famous.