Nine flats to be added to Hove office block

Nine flats are to be added to an office block in Hove after planners backed a scheme to build an extra storey and extension to the side.

Criticisms were made of the design of the extension and the way that it fitted together with the existing building – Rayford House, in School Road, Hove, on the corner of Kingsthorpe Road.

An official Brighton and Hove City Council report advised councillors to turn down the planning application.

But the council’s Planning Committee went against the advice of planning officials, persuaded by the need for new homes and despite echoing official reservations about the design.

Lap Chan, from the architects Morgan Carn, pointed out that there had been only one objection to the proposal and said: “There are no objections from immediate neighbours and an urgent need for housing. There is an onus on all of us to make best use of all sites in the city.

“There is already an extant approval for an additional storey to the building. 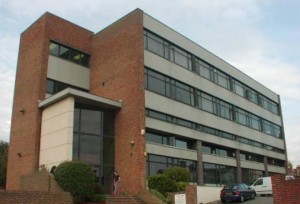 Councillor Joe Miller said: “Nine extra flats without much objection or loss of amenity to neighbours – it’s a good use of the site.”

Councillor Leo Littman said: “I went to school in School Road. The buildings at the top of the road were never particularly attractive in my opinion. And we are in significant need of new housing.”

Councillor Maggie Barradell said: “Without doing down that area of Hove, it’s not particularly attractive. I imagine the rest of that area is ripe for development as well.”

She was “not uncritical of the design” and was concerned that if it could set a design precedent in the area it was important to get it right.

She added that she was also aware of the need for housing.

Councillor Carol Theobald said: “I find that this is a pretty ugly building and this seems to improve what’s there at the moment.”

Councillor Penny Gilbey said: “(The proposal) looks like a building of two halves but it is on a corner.”

She criticised aspects of the design but added that compared with what had already been passed it was an improvement.

Councillor Adrian Morris said that “the verticals destroy the horizontal element” of the five-storey design.

Councillor Morris added: “It’s far too fussy. It’s quite a simple thing for the architects to resolve this.”

Councillor Phélim Mac Cafferty said: “I would prefer a more coherent form to the scheme.”

Councillor Julie Cattell, who chairs the Planning Committee, said: “The principle is fine but it’s too fussy and I would prefer to see a simpler design and something more coherent.”

The 11 committee members present voted seven to four in favour of the scheme.