The former mayor of Hove and long-serving councillor Jim Buttimer has died at the age of 90.

Mr Buttimer, a former civil servant, died peacefully at the Royal Sussex County Hospital, in Brighton, surrounded by his family.

He and his wife Audrey represented Westbourne Ward on the old Hove Borough Council until the merger with Brighton in the late 1990s. He had previously served as a councillor on Brighton Borough Council.

His life will be celebrated in a service at St Philips Church, in New Church Road, Hove, close to his home, at 1.15pm on Thursday (17 March). 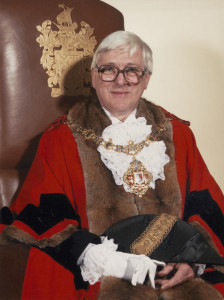 His former Hove council colleague Garry Peltzer Dunn, who still represents Wish Ward on Brighton and Hove City Council, said: “I served with Jim and Audrey for many years on the old Hove Borough Council.

“They were a great couple and brilliant local councillors. They always put their residents top and they were always there for everybody.”

Councillor Peltzer Dunn, a former leader of Hove council, said: “Jim was a wonderful font of great stories and he had a wonderful dry sense of humour. It’s very sad that he’s gone.

“Both of them put so much into life and as a result both were able to take so much out of it.”

Mr Buttimer, who worked as a principal examiner in the Companies Investigation Branch of the old Department of Trade and Industry, became a Conservative councillor. He was also a freeman of the City of London.

After stepping down from the council he became a member of the Brighton and Hove Older People’s Council from 2003-07, serving as its secretary from 2003-07.

He leaves not just Audrey, his widow, but two daughters and six grandchildren.